This has been a tremendous week for finding owls at Presqu’ile Park.   With the mild weather and my family home I have been going there quite a bit.  Plus, I just feel compelled…and this blog post will show why!

Last Sunday was my first day out at the park after having been away travelling for 3 weeks.   I hadn’t been to Gull Island since early November, so thought I would check for the Snowy Owls that had been reported there.   Sure enough, this young female was staring me down upon my arrival to the island. 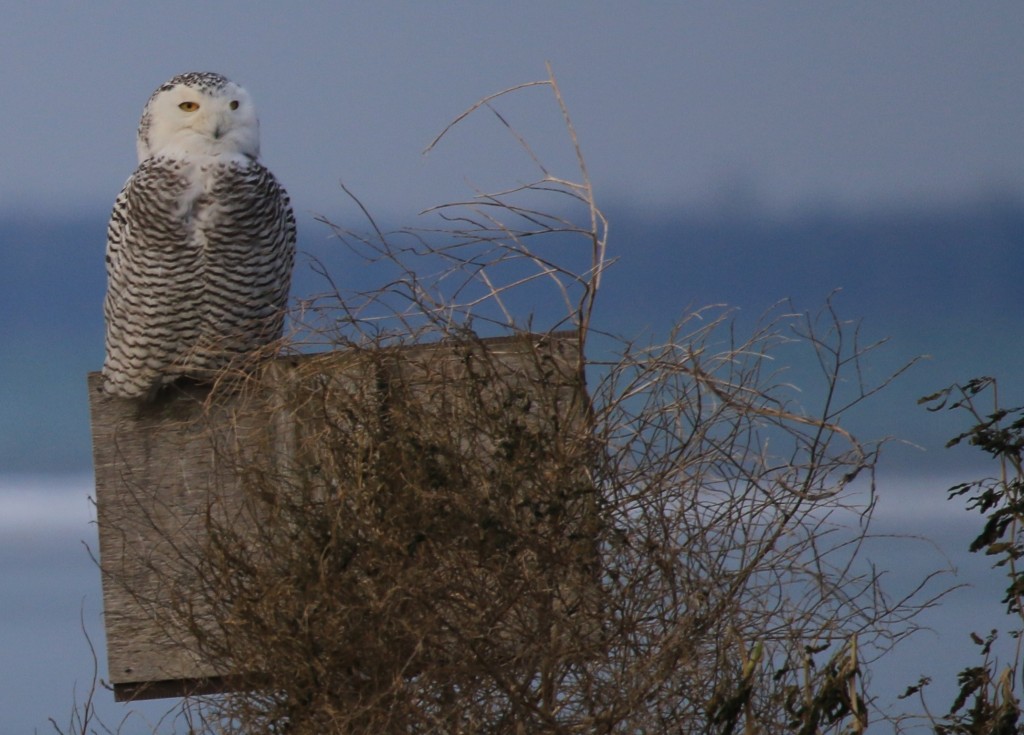 I got to watch her hunt and preen herself.  She was pretty sleepy and relaxed. 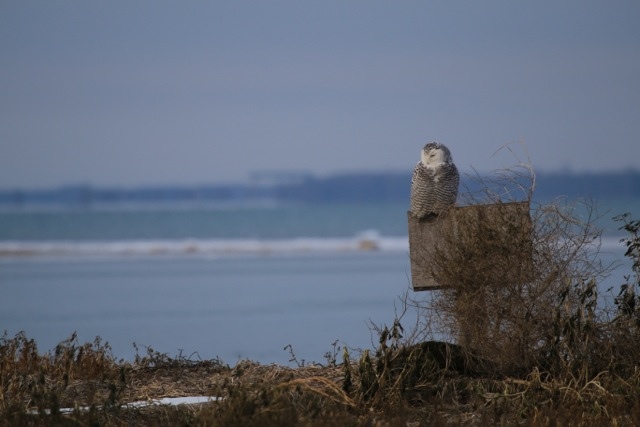 This owl can be identified as a young female by her heavy dark barring. 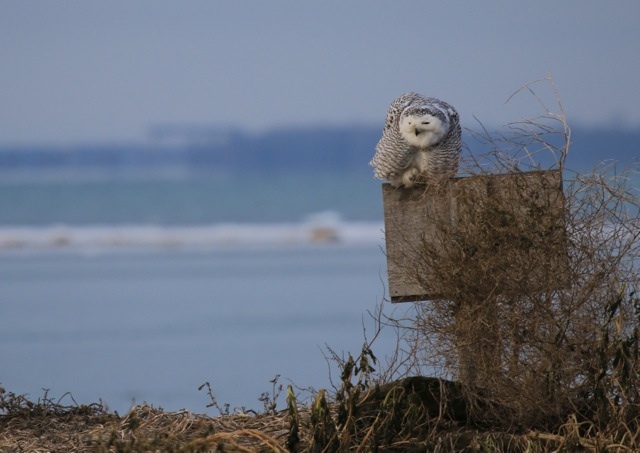 For these shots I had my camera set up on a tripod and I was sitting on the ground, to try to make my profile as small as possible. 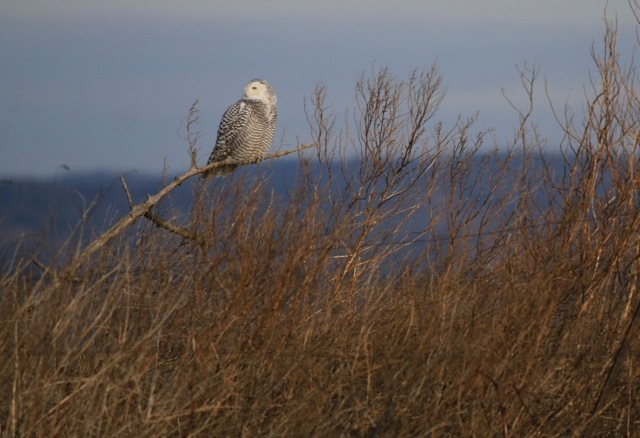 This owl then flew to the famous Gull Island stick, upon which owls have been perching for years.   It is one of the highest vantage points on this otherwise treeless island, so I guess they like the view.  This stick is one of the stars of my photo library. 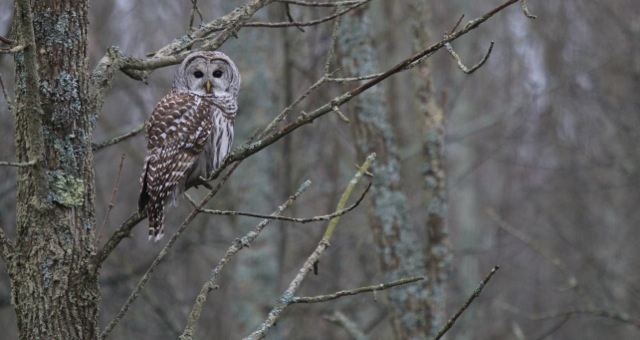 On Tuesday I returned to the park, and  found this beautiful Barred Owl in the Woods.   She was quite active, flying from perch to perch and hunting.   Even though the trees are bare this time of year, I love the patterns and colours of the lichen on the tree bark. 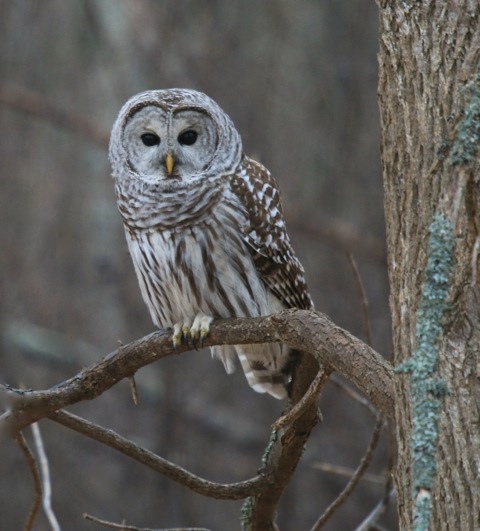 I rarely capture the talons of the Barred Owl in a photo, as they tend to be tucked in under the belly feathers, but in this shot the sharp long talons are showing nicely. 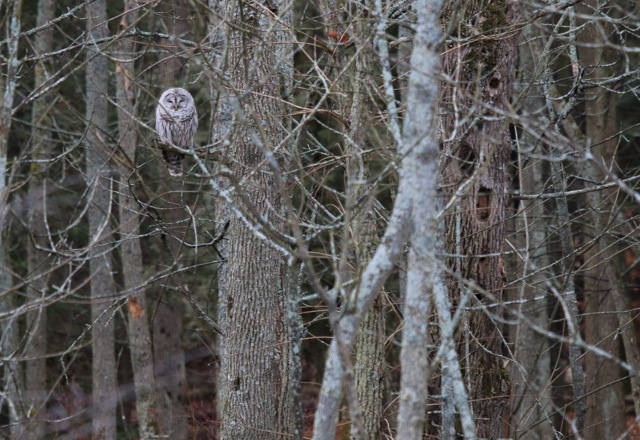 On Wednesday I took my daughter to the park, and we saw this little owl tucked way back in the woods.   Even though we were quite far away for a photograph, we still had a good look at the owl and enjoyed watching it resting and looking around. 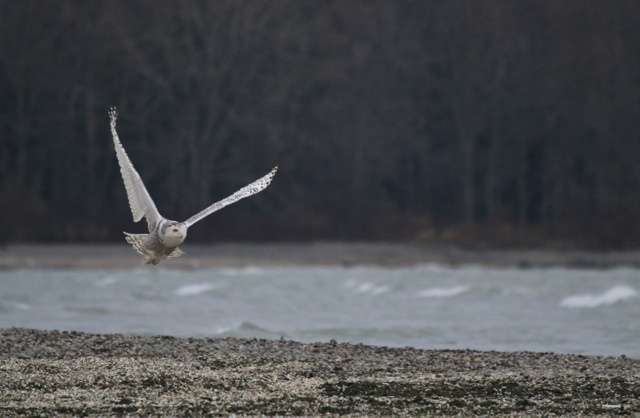 Early Friday morning I went back to Gull Island to see if I could find the Snowy Owl.  It was great fun to watch her, as she was really busy flying out over the lake and hunting for Long-Tailed Ducks.   I did not see her catch one but she sure was trying. 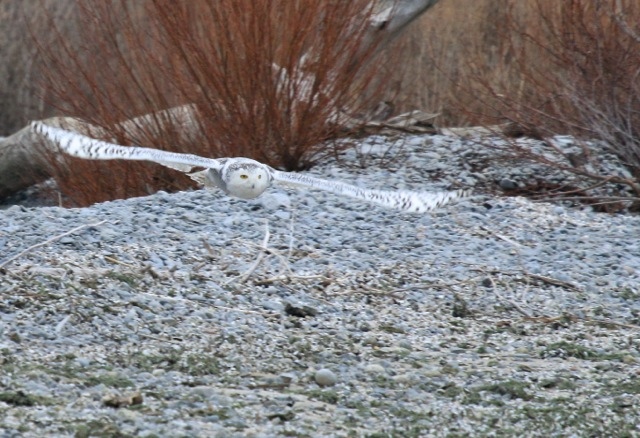 Her wingspan is huge- around a meter and a half! 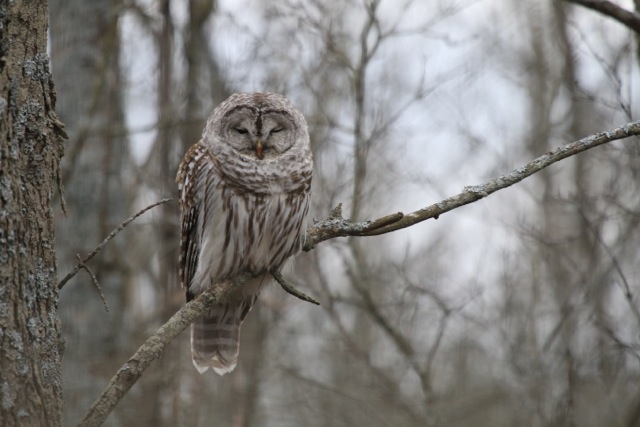 I decided to look for the Barred Owl as well, and found this beauty resting in the woods peacefully.   Note the blood on its beak. Must have had a good meal the night before. 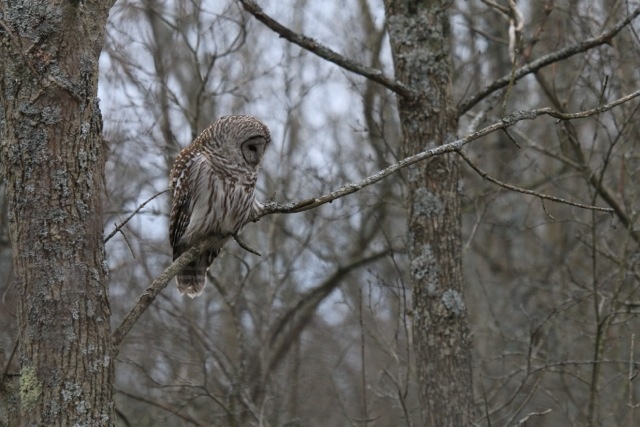 After a couple of minutes the owl woke up, upon hearing sounds on the forest floor below. 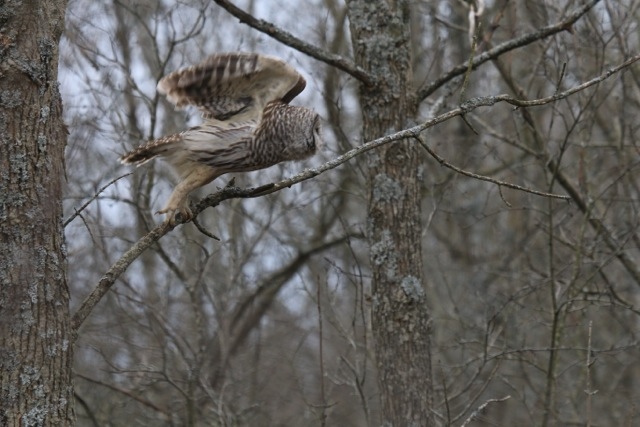 Barred Owls, like many owls, use the “sit and wait” strategy when hunting.   They don’t sit way high up in trees, but fairly close to the ground  ( 2 – 3 meters)  where they wait for movement , then take off to hunt. 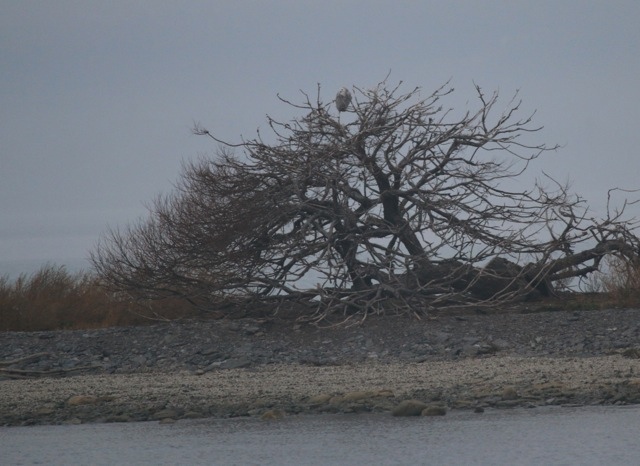 Today is Saturday, and my son and I went to Presqu’ile.  We started off by seeing the Snowy resting and preening out on a tiny island in Popham Bay called Sebastapol island.  Far away, but still really cool. 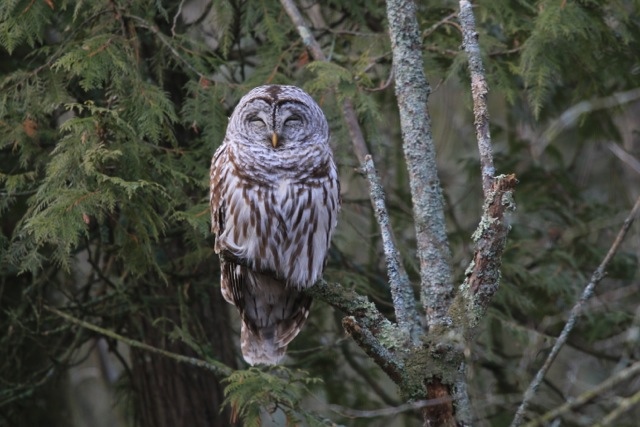 We then quite easily found this Barred Owl in a nice clear spot resting.  Adorable!  A wonderful way to  round off a great week of owling at Presqu’ile.