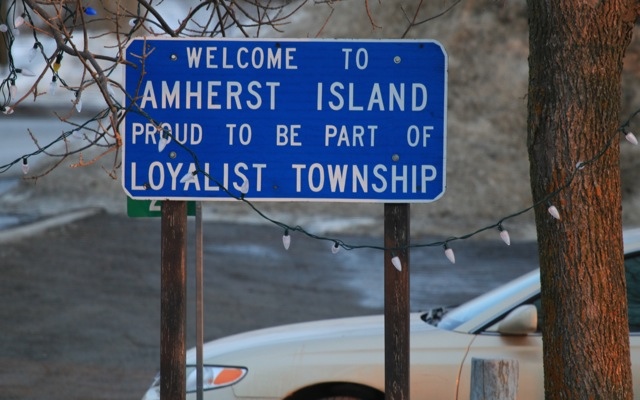 Located on Lake Ontario, just southeast of Kingston, this little island is a haven for wildlife. 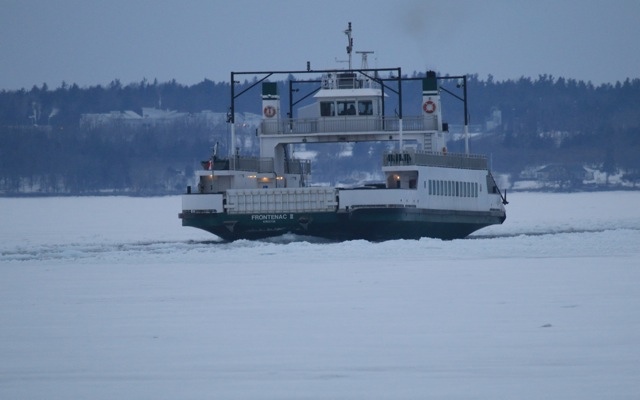 Every trip to Amherst Island begins and ends with a ferry ride.   It’s only 20 minutes, but there’s always lots to see. 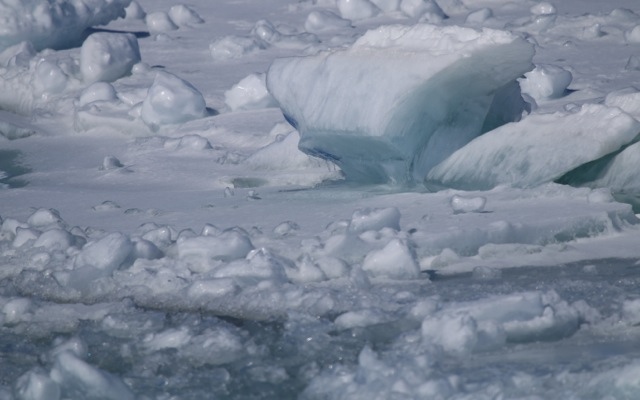 This time of year, the ferry has to break through big chunks of ice to make the crossing. 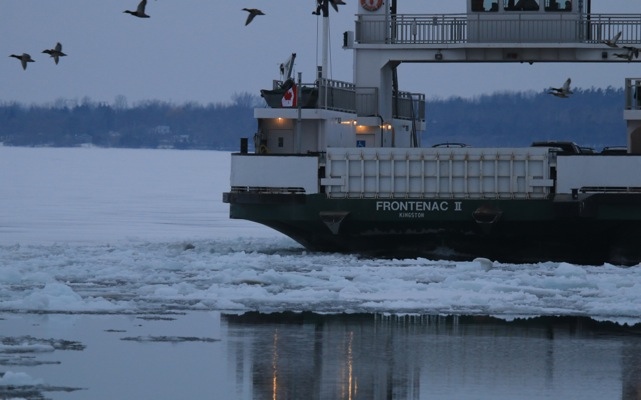 Ducks making way for the ferry

Waterfowl live in the channels of open water.  Sometimes you can see a Snowy Owl sitting out on the ice too.   They will dine on the waterfowl if that is on their menu for the evening. 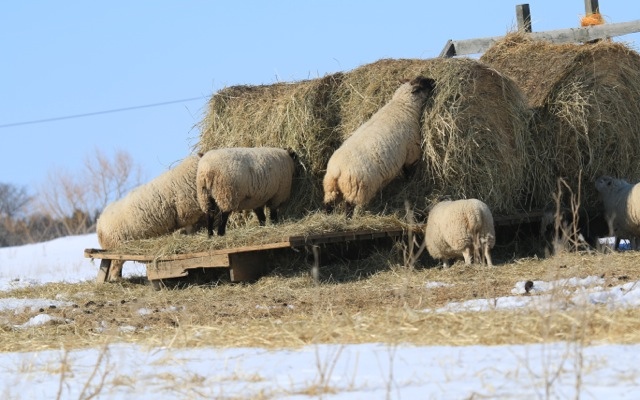 The island is completely rural, full of sheep farms and horses.  It is also a paradise for raptors, due to its high vole population. Many birds of prey overwinter here because the hunting is good.  A drive around Amherst Island on a winter day is sure to be interesting. You never know what you are going to see. 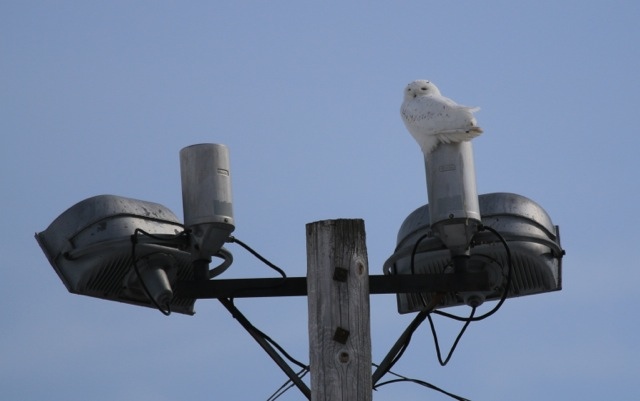 Snowy Owls pretty much own the island.   The one above likes to perch over the playground at the public school. 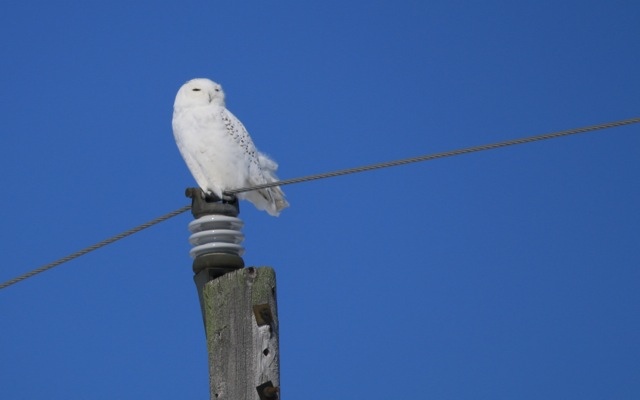 This one likes the main intersection. 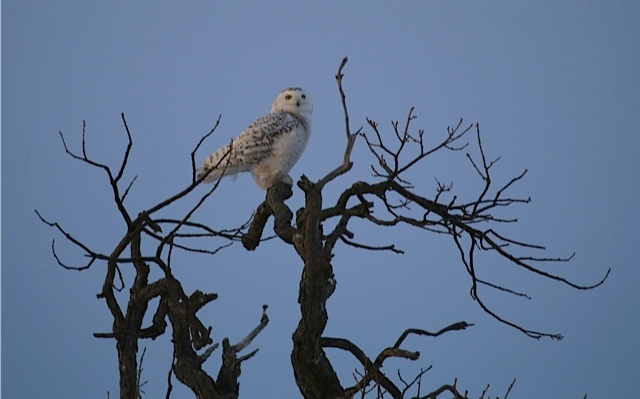 The most reliable Snowy Owl is this young one, who likes its vantage point from an old twisted tree behind the fire hall. 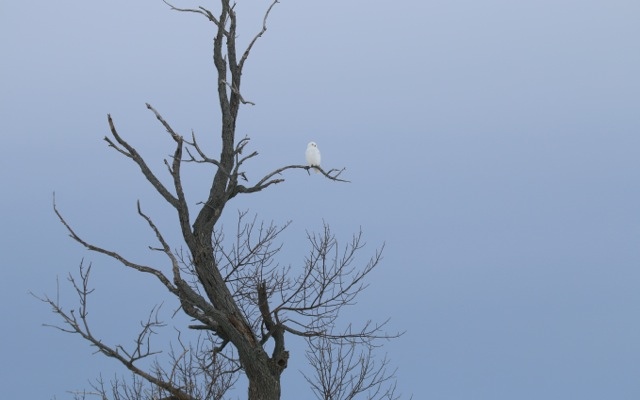 It’s not hard to find these beauties.  They stand out in stark contrast to the sky. 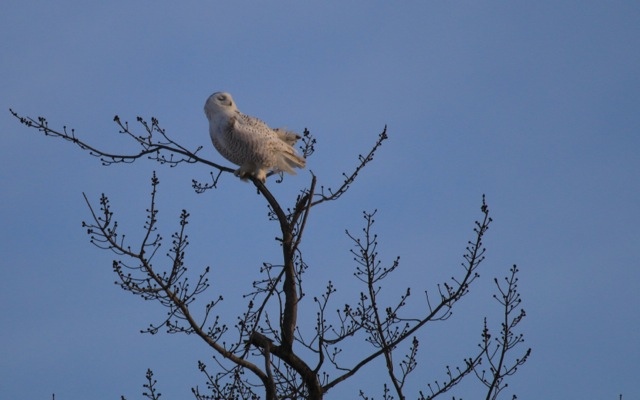 This snowy looks pretty content.   That’s because it had just finished a skirmish for territory with another owl, and found a nice place to perch. 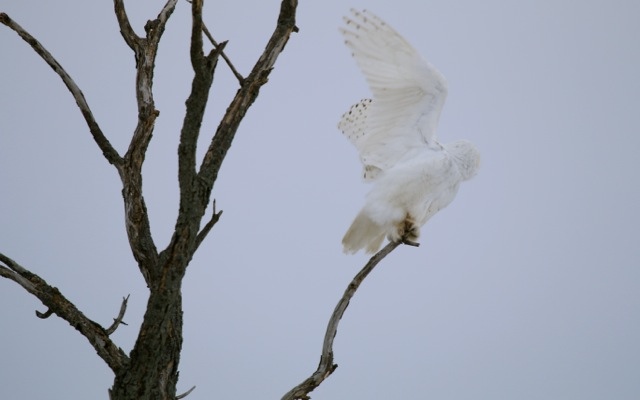 This owl was off to go hunting. 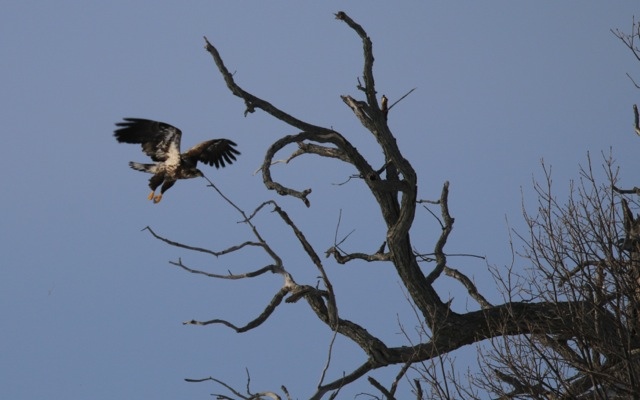 A drive around the island can also yield many other spectacular raptors, like this young Bald Eagle. 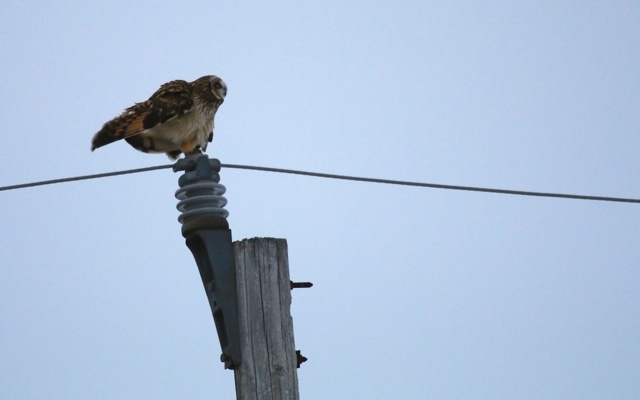 I saw my second Short-Eared Owl ever, just before sunset one night.    I had to decide whether to photograph it, or get on the next ferry back to the mainland.   Well, I managed to do both, but it was tight! 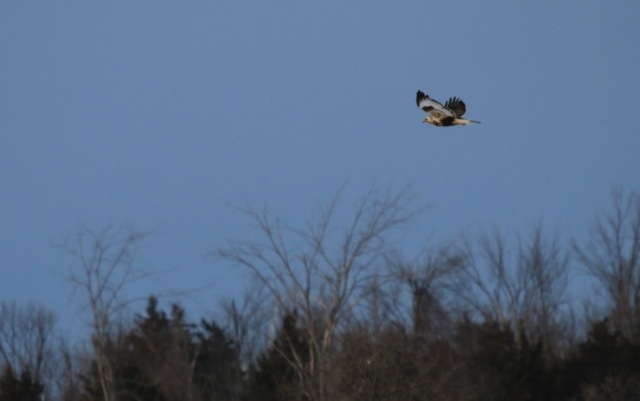 There are numerous Rough-Legged Hawks on the island as well.  They are remarkably large birds of prey. So far, I have only photographed them from a great distance, but some day I will get lucky. They are gorgeous birds. Red-Tailed Hawks are also numerous on the island, but I do not have a single photo of one.  Someday. 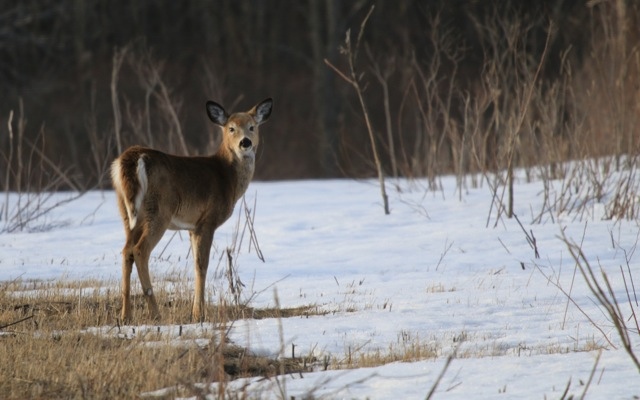 Amherst Island is also a great place to see White Tailed Deer.  We saw this lovely little one just at sunset. Note the grass showing in this photo.   Amazing! Haven’t seen that in a while. 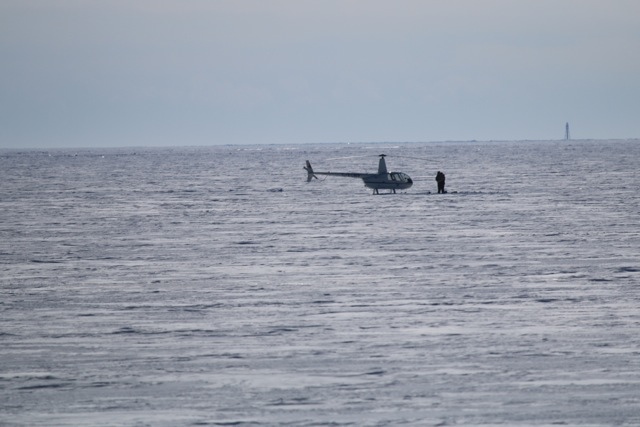 Check out this bird.    It was hard to figure out what in the world it was, and what the people were doing out on the ice  on Lake Ontario, south of the island.    After intensive spying with binoculars and zoom lenses, we finally figured out it was a little helicopter, and the people were out ice fishing!   Pretty posh. 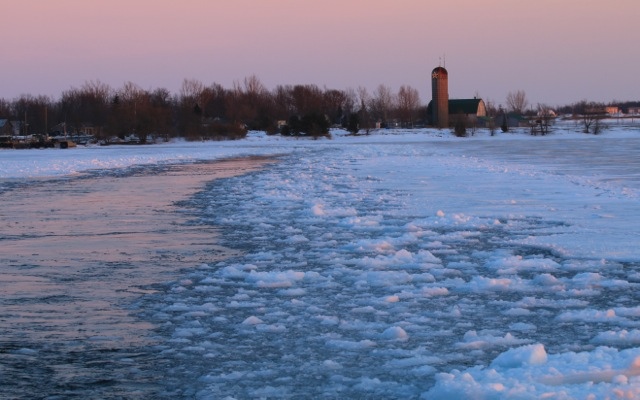 As the sun goes down, it’s time to catch the ferry and head back to the mainland.  Looking back on Amherst Island from the back of the ferry, it’s so amazing to think that this tiny, flat little island out on Lake Ontario can be such a haven for wildlife.  That’s what keeps me going back!