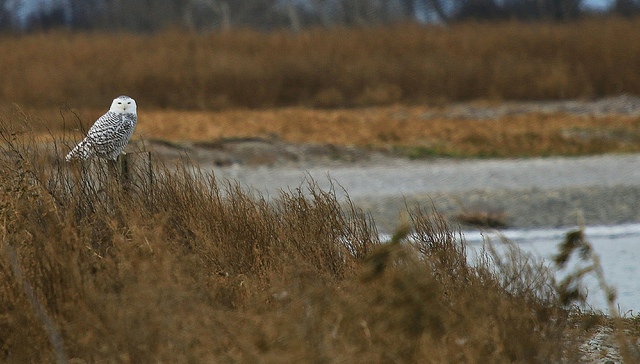 This windy, treeless little island in Lake Ontario sits just off the south shore of Presqu’ile Provincial Park, in Brighton, Ontario.  It is a haven for wildlife.   Discovering who is there during  different seasons of the year is what makes Gull Island fascinating. 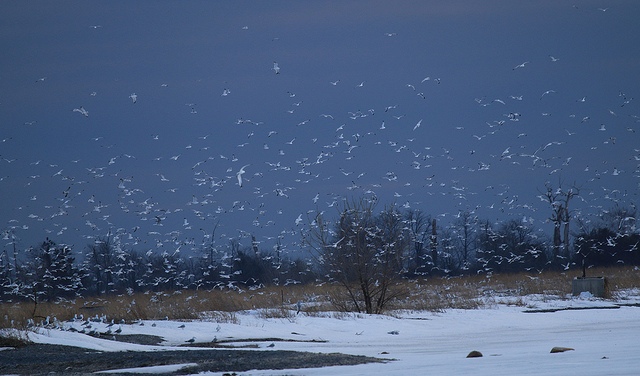 In March, thousands of gulls and terns return to Gull Island to breed and nest.   Gull Island is closed to human visitors from March through September to protect these massive  colonies of breeding birds.  Last March there was still a significant snow cover on the island, and the lake was still frozen,  but the gulls returned and noisily staked out their territories nonetheless. 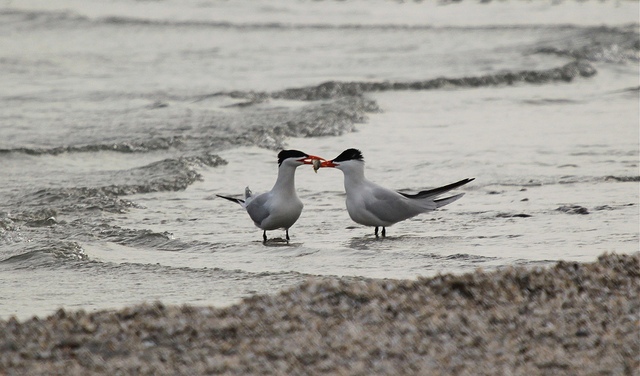 Caspian Terns, the largest terns in the world,  nest on Gull Island.   Gazing out towards Gull Island, I found the tern’s courtship activities so fascinating I didn’t realize two of them were dive bombing me from above until it was too late.   I bid a hasty retreat!  When I looked up information about these terns when I got home I learned that they have gouged people’s faces by diving at them. Oops… 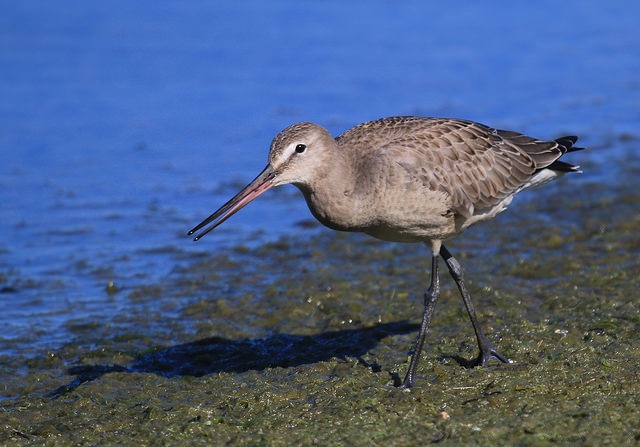 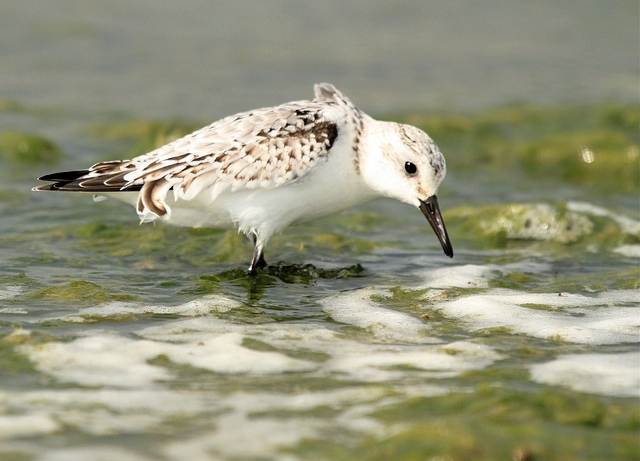 In spring and fall, shorebirds feed on the algae beds around Gull Island.  They are often so intent on eating that close up views are easily possible. This fall, I saw my first Hudsonian Godwit, as well as some beautiful Sanderlings, and many more.  The rare and elusive Purple Sandpiper shows up on Gull Island in the late fall most years.   No photo here, as I have yet to see one.   For more on shorebirds, see my previous post: Spectacular Shorebirds 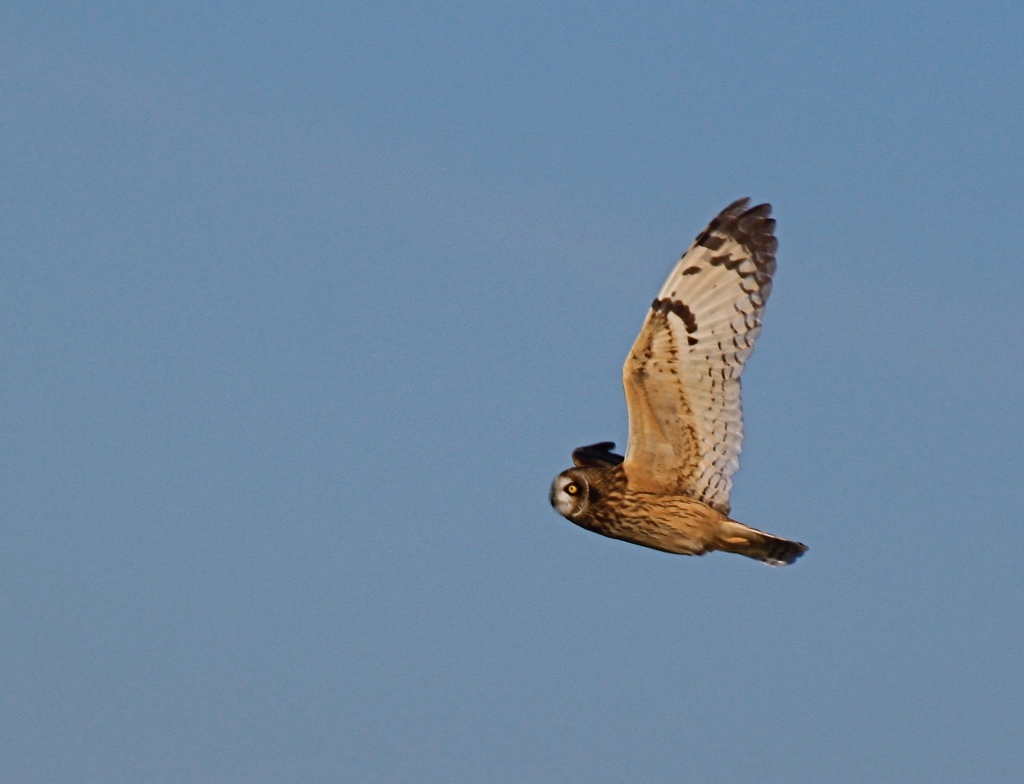 My One and Only Ever Short Eared Owl

In early November, Short-Eared Owls may stop by to feed on the voles that live on the island.  This is the only sighting of a Short-Eared Owl I have ever made.   It was in November, three years ago, on my first crossing to Gull Island.   I thought wearing rubber boots would be sufficient to wade out there, but was dead wrong, as the wind and the waves filled my boots up with water within seconds.   Not to worry, I just dumped out my boots, saw this beautiful owl, then went to the tea room at the annual “Christmas at Presqu’ile” craft show and devoured warm rum cake and coffee. 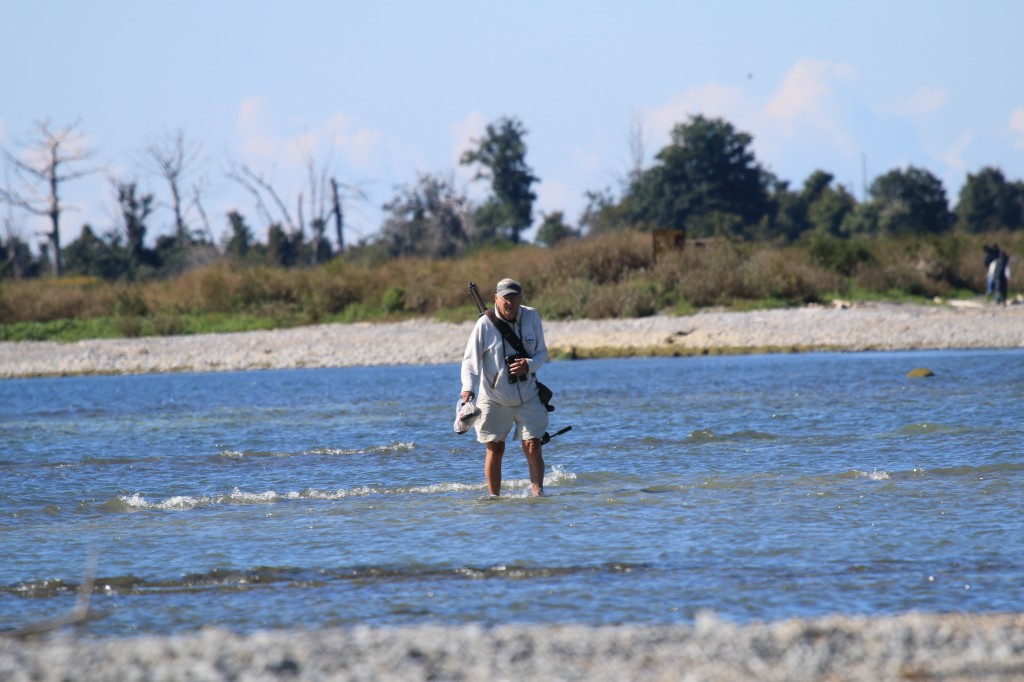 Getting to Gull Island is part of the fun!   In the early autumn you can just roll up your pants and wade across.   Bringing a change of shoes is always a good idea. 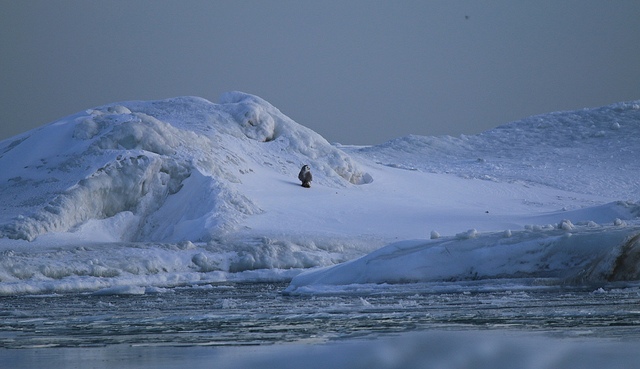 In the winter when the lake freezes, the crossing to Gull Island looks more like Antarctica.  Wading?  Unwise.

Ice “volcanoes” form on Lake Ontario, caused by wave action and heaving ice.   On windy days, the water sprays right up through these volcanoes and into the air.  I have seen foxes and coyotes running around near these ice volcanoes as I cross over to the island.  So far they have given me a wide berth. 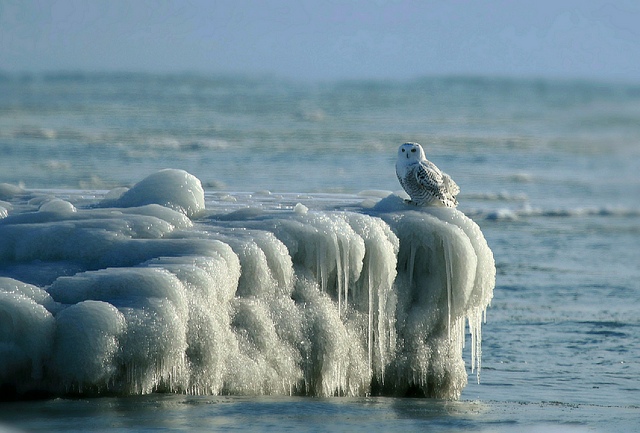 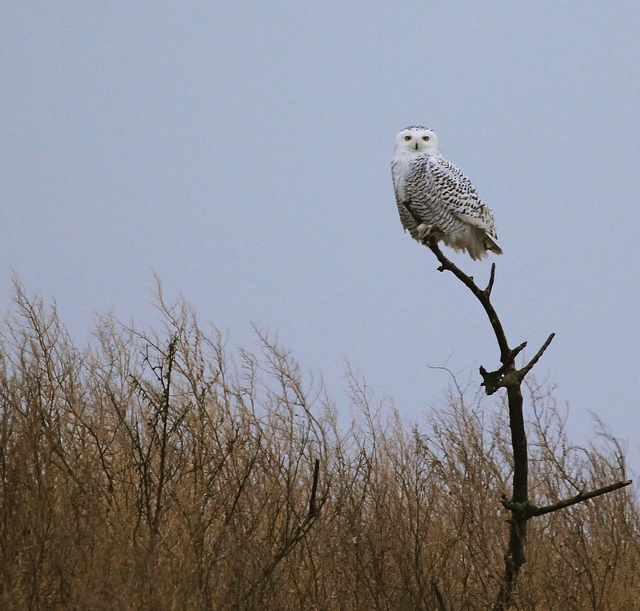 Queen of the Island

So now let me introduce you to the real stars of Gull Island, as far as I am concerned, the Snowy Owls! 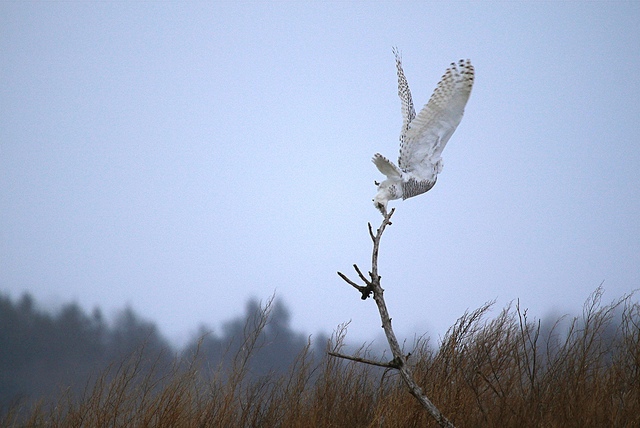 Off to Go Hunting

These beautiful hunters consistently show up each year to spend the winter around the offshore islands at Presqu’ile.   There are voles to hunt, as well as abundant waterfowl. 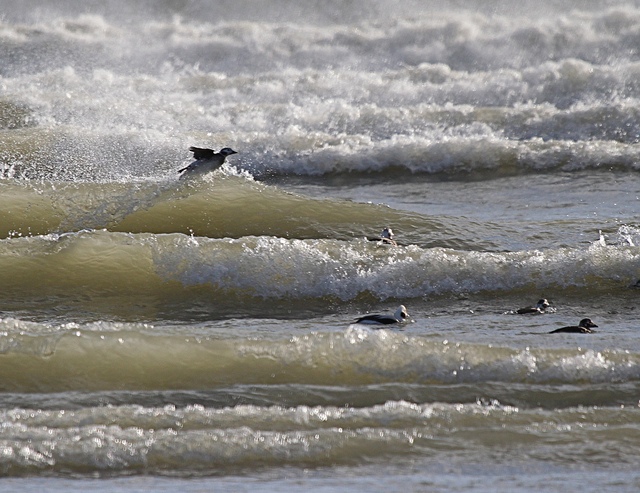 Long-Tailed Ducks are common in the open waters near Gull Island.   I have seen Snowy Owls dive down to the water to try to catch them. 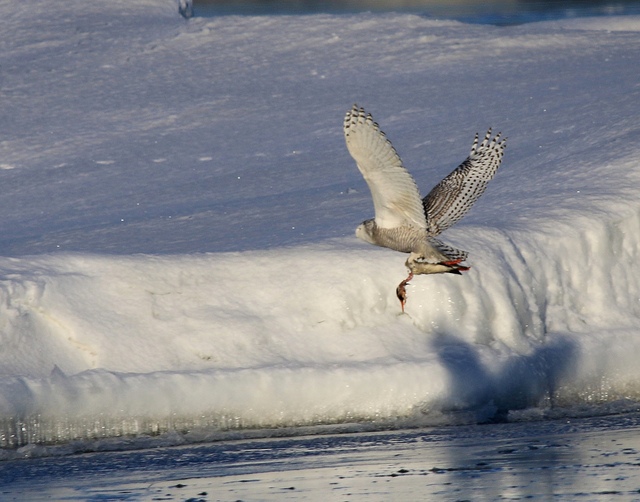 Last winter I saw Snowy Owls with Common Mergansers they had captured on 3 separate occasions. 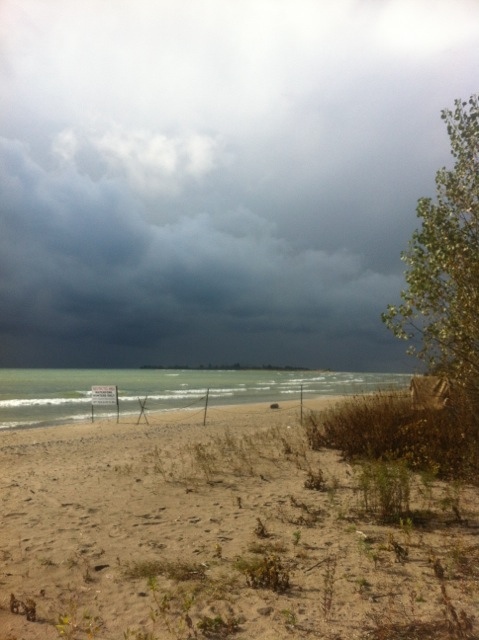 Sometimes, when I am standing warm and dry on the mainland, I look out at Gull Island and ponder “Should I, or shouldn’t I?”   The answer is always  “YES-GO!”

Gull Island is full of surprises.  It would be terrible to miss out!