Who have we here?  Someone pretty special, that’s for sure. 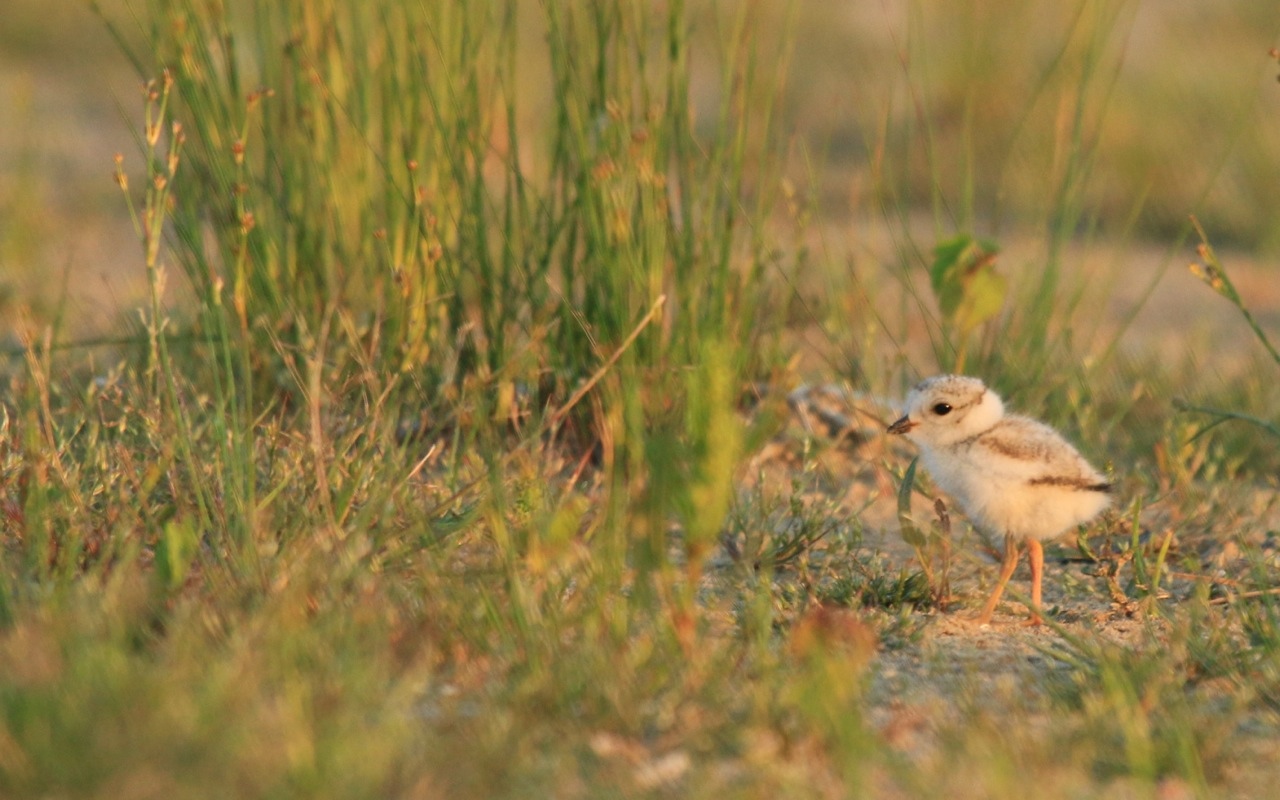 We have great news here in Brighton.  Piping Plovers, an endangered species of shorebird, are raising a family on the beach at Presqu’ile Provincial Park for the first time in 100 years. 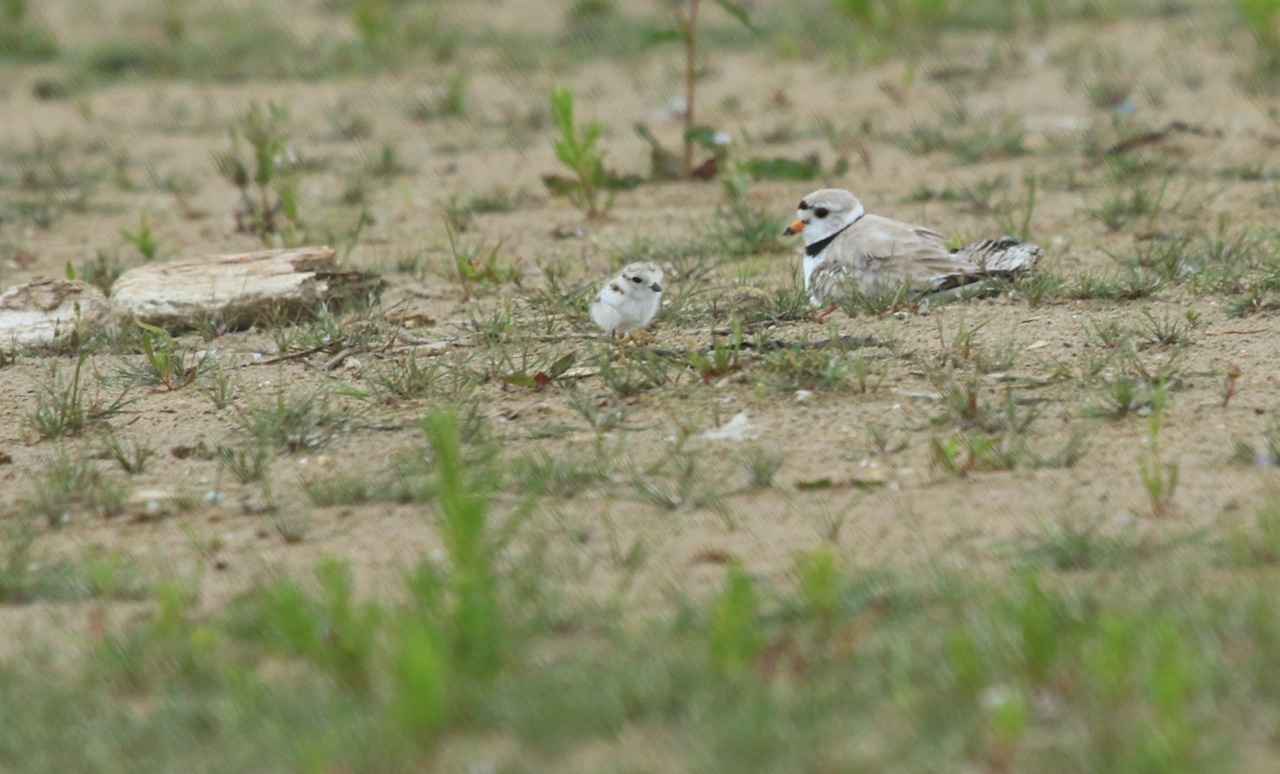 Protection Plans in the US and Canada have been working to increase the population of Piping Plovers since 1986.   Action steps include protecting sandy habitats that Plovers need to nest, and public education programs.  Biologists have also installed enclosures over Piping Plover nests to protect them from predators.  This consists of a cage that has spaces large enough for the plovers to move freely in and out, but small enough to keep out predators like gulls and raccoons. Without the predator enclosures, about 37% of the eggs laid will hatch, but with the enclosures the success rate is 72%, almost a 100% increase. 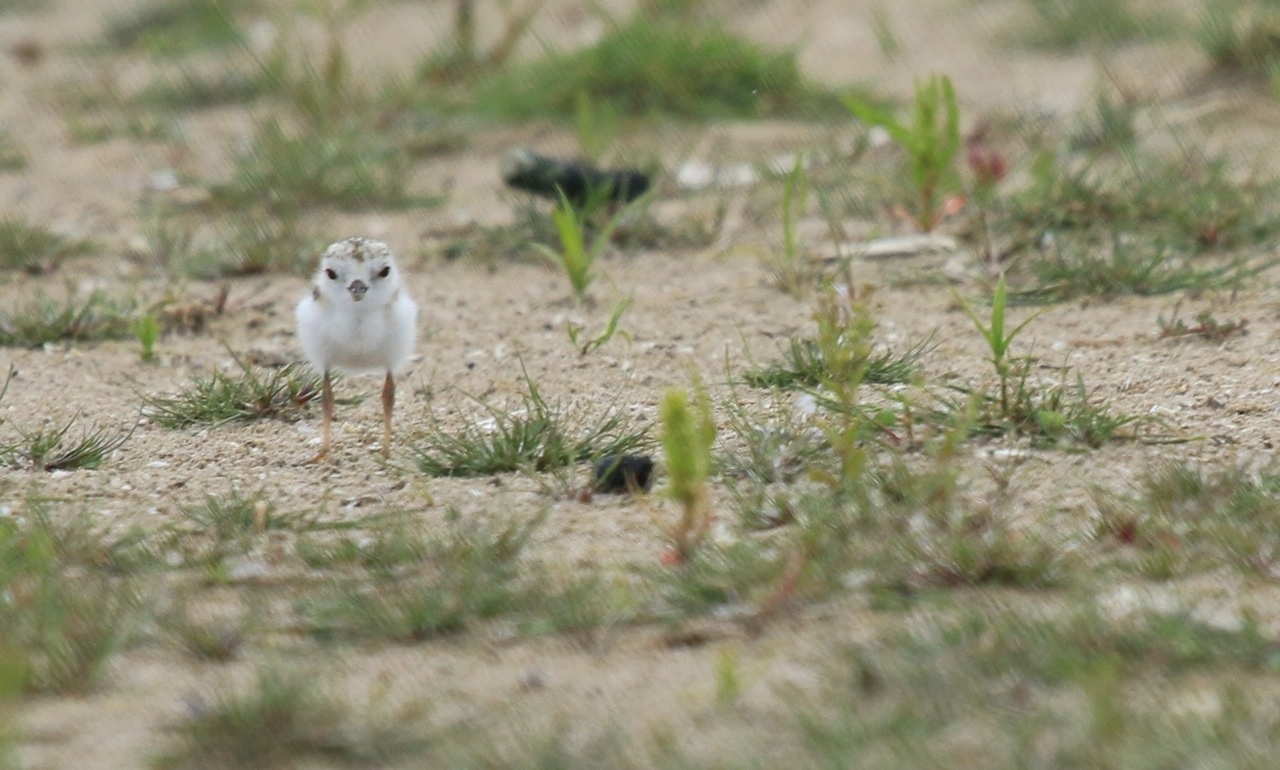 Here at Presqu’ile, a contingent of over 60 volunteers is keeping an eye on the plover family, taking shifts from early morning until sundown.  The idea is to observe the plovers and record their activity, as well as educate the public on this busy beach about the Piping Plovers, and really, just make sure these little ones don’t get stepped on. 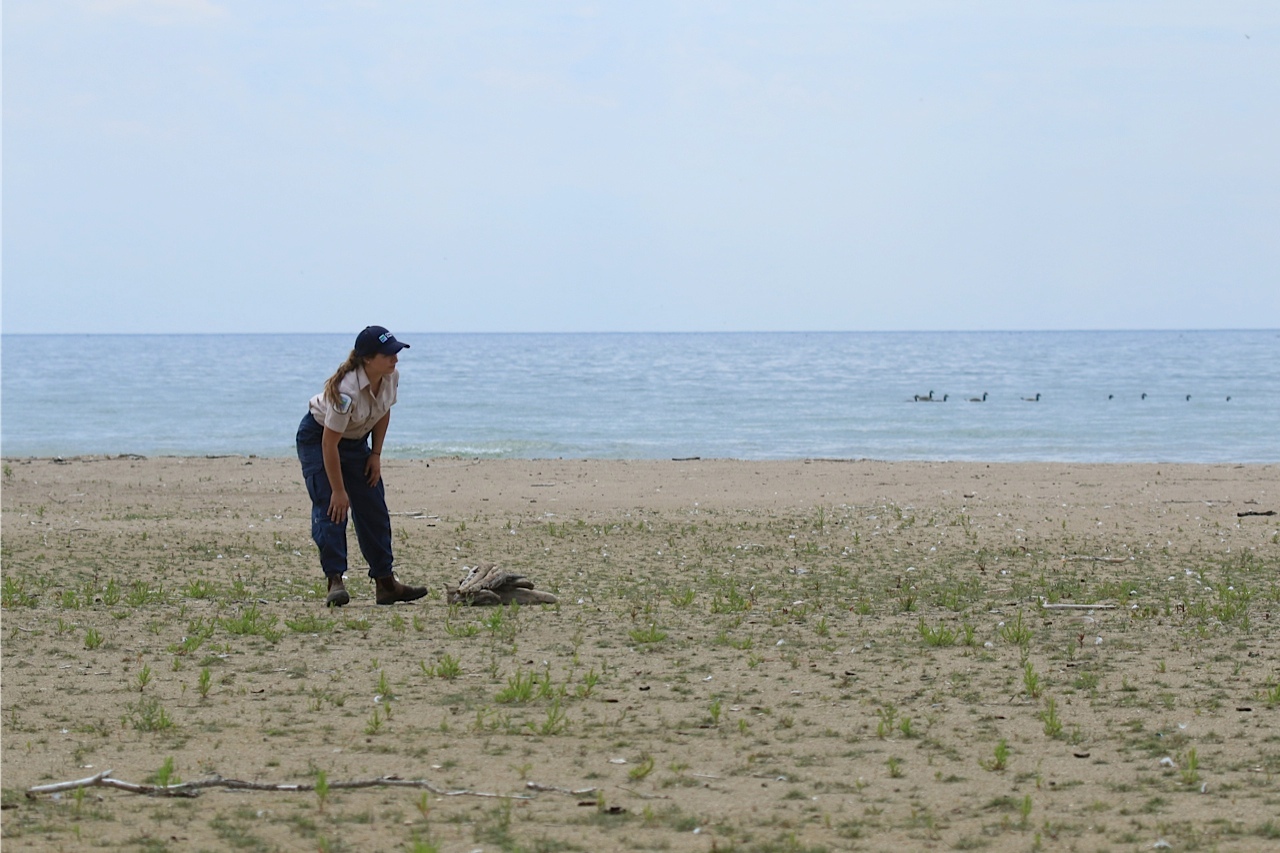 Funding has also allowed for the hiring of a Volunteer Coordinator, to oversee the scheduling of volunteers and helping in a major way with the public education aspect of the Piping Plover monitoring. 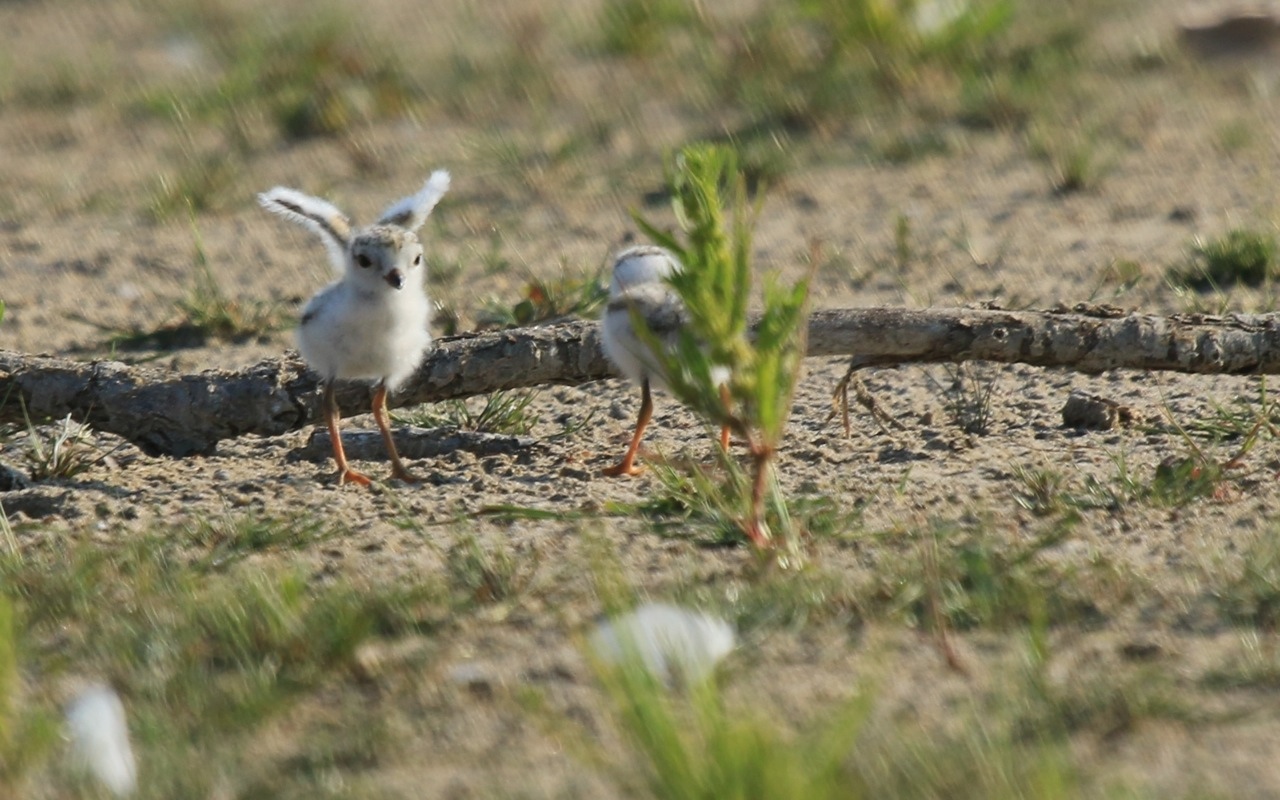 Trying out those wings! It will take four weeks for the chicks to learn to fly.

So of course I signed up to volunteer to monitor the little Piping Plover family.   I look forward to my shifts so much!   And all the other volunteers I have met out there feel exactly the same way.   We are privileged to be able to spend time with these rare and beautiful birds. 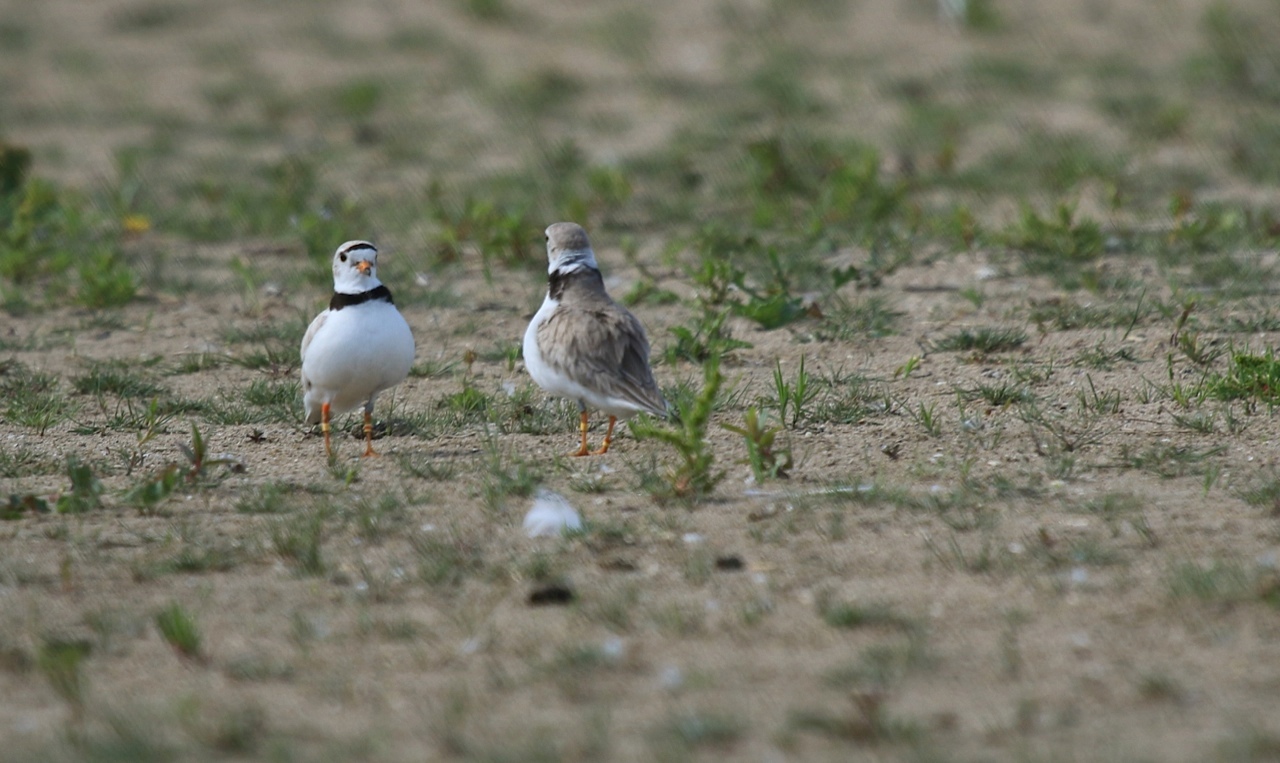 It has been fascinating watching the family and their behaviour.  Here are Mom and Dad.  Mom is on the right, with a plain band on her left leg.   Dad is on the left, and has a yellow/orange/yellow striped band on the bottom of his left leg.    Both parents are one year old birds, born on Wasaga Beach on Georgian Bay last summer. 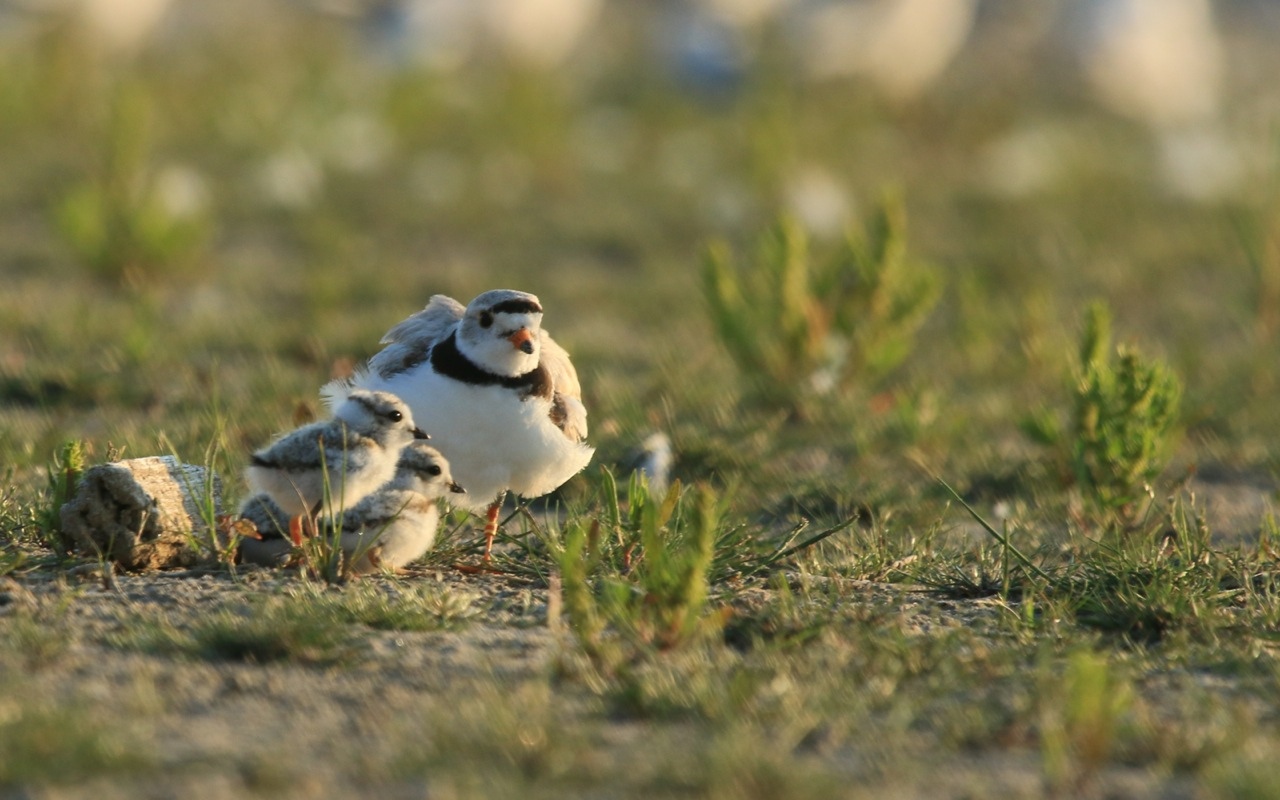 Dad and two chicks. Third is underneath…

Mom and Dad switch off chick rearing duties.   Even though the chicks start to eat on their own right from when they start walking around, the parents still keep an eye out for them.  They like to keep the chicks fairly close to them, and call out with gentle peeps when the chicks go too far. 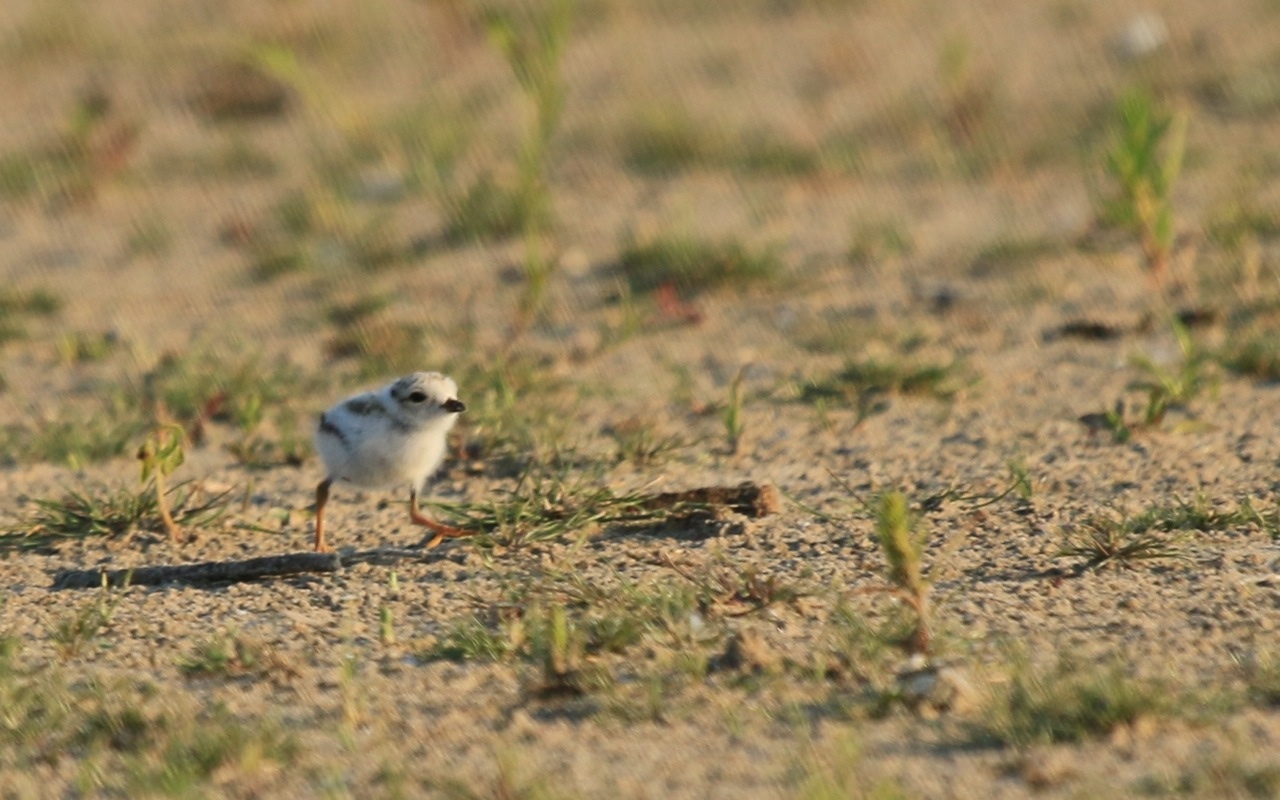 This doesn’t always work.  The chicks are little speed demons, tearing all over the place like cotton balls on toothpicks.  Especially when they first hatched it was really hard for us humans to keep track of them, even armed with binoculars and a spotting scope. 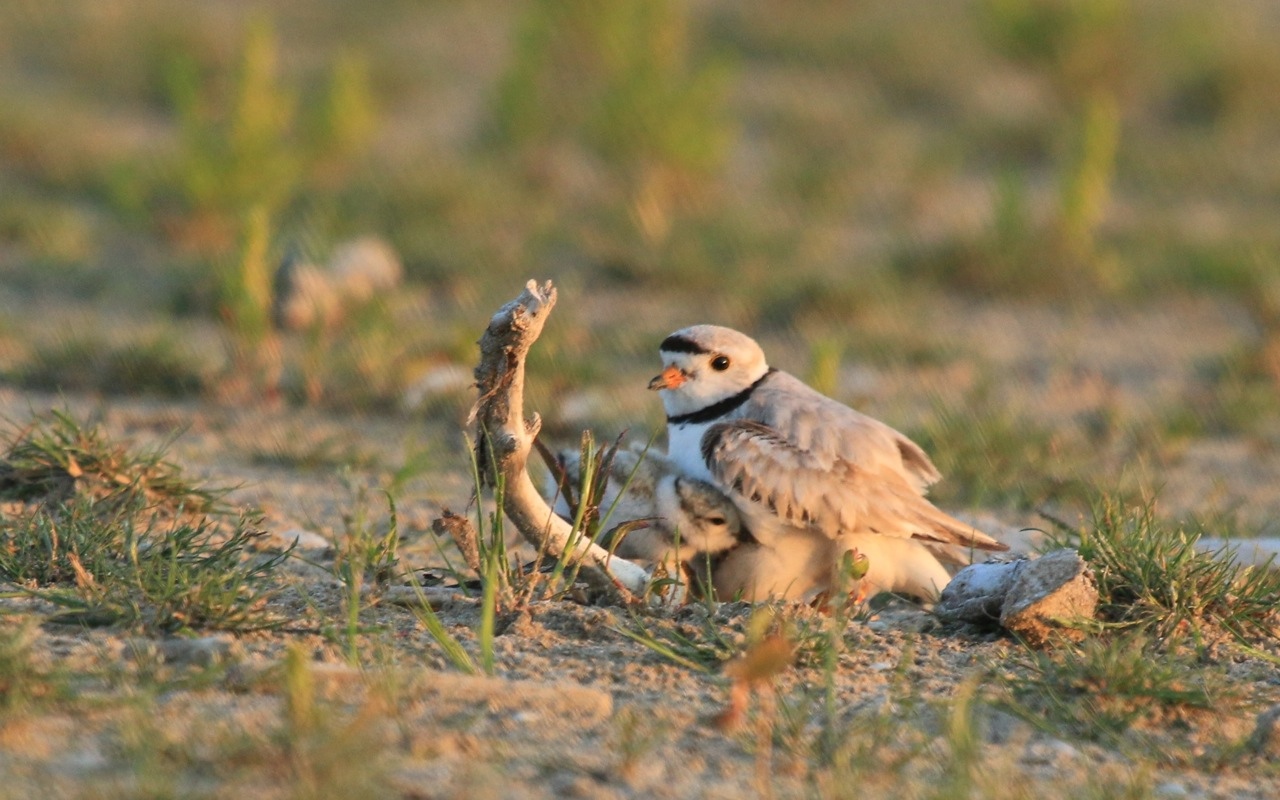 One of the neatest behaviours I have observed while spending time with the Piping Plovers is how the parents brood the chicks.  Here’s a little sequence to show you how it all progresses. 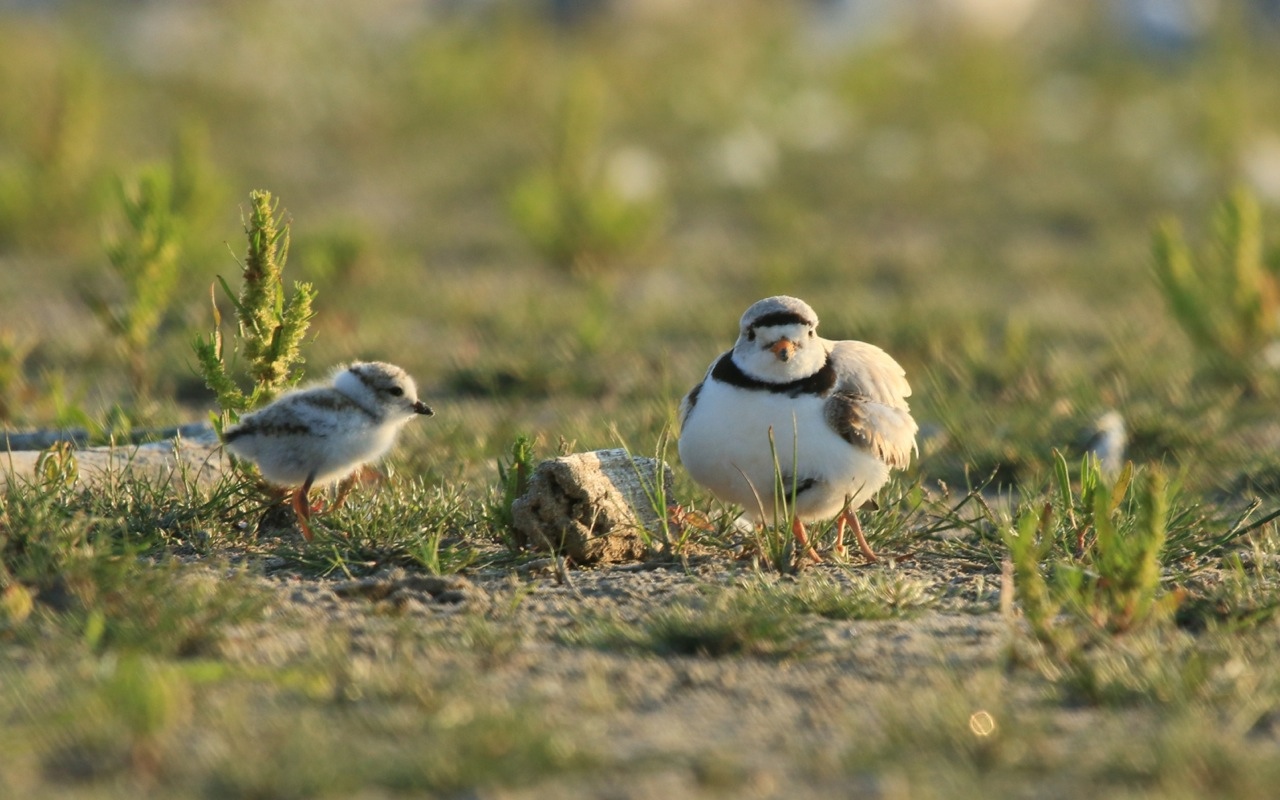 Dad is already brooding one chick (hence the multi-legged look) when number two comes along. 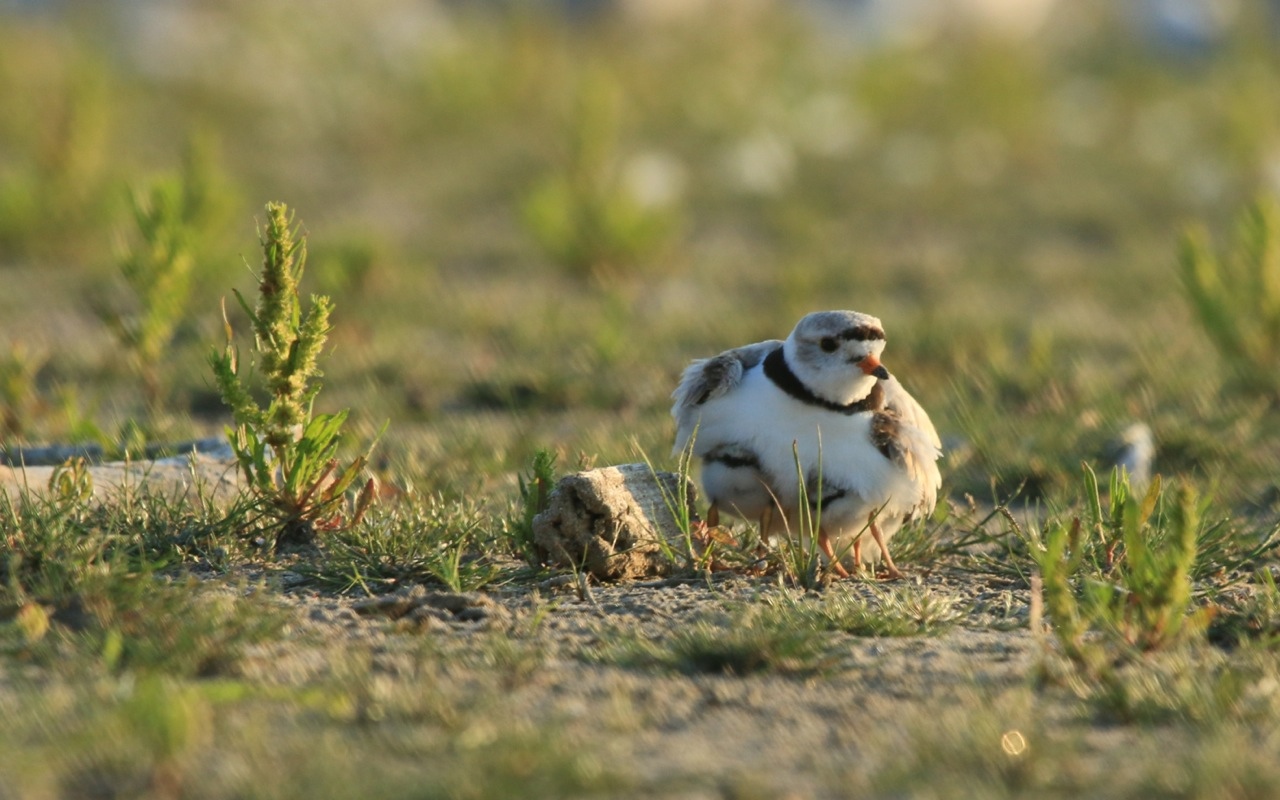 Number two just shoves itself in underneath, head first.  As the chicks get bigger, this becomes more and more comical. 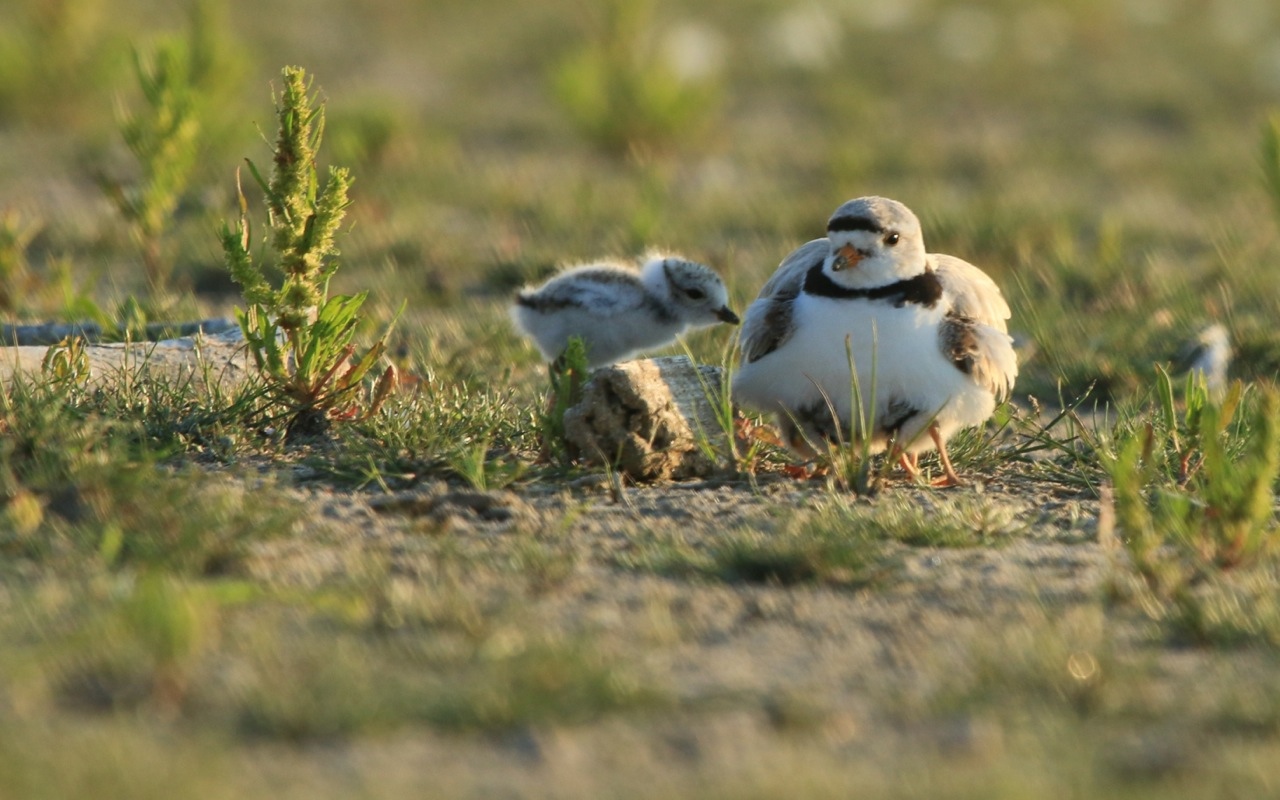 So now as number 3 arrives, it checks out the possibilities. 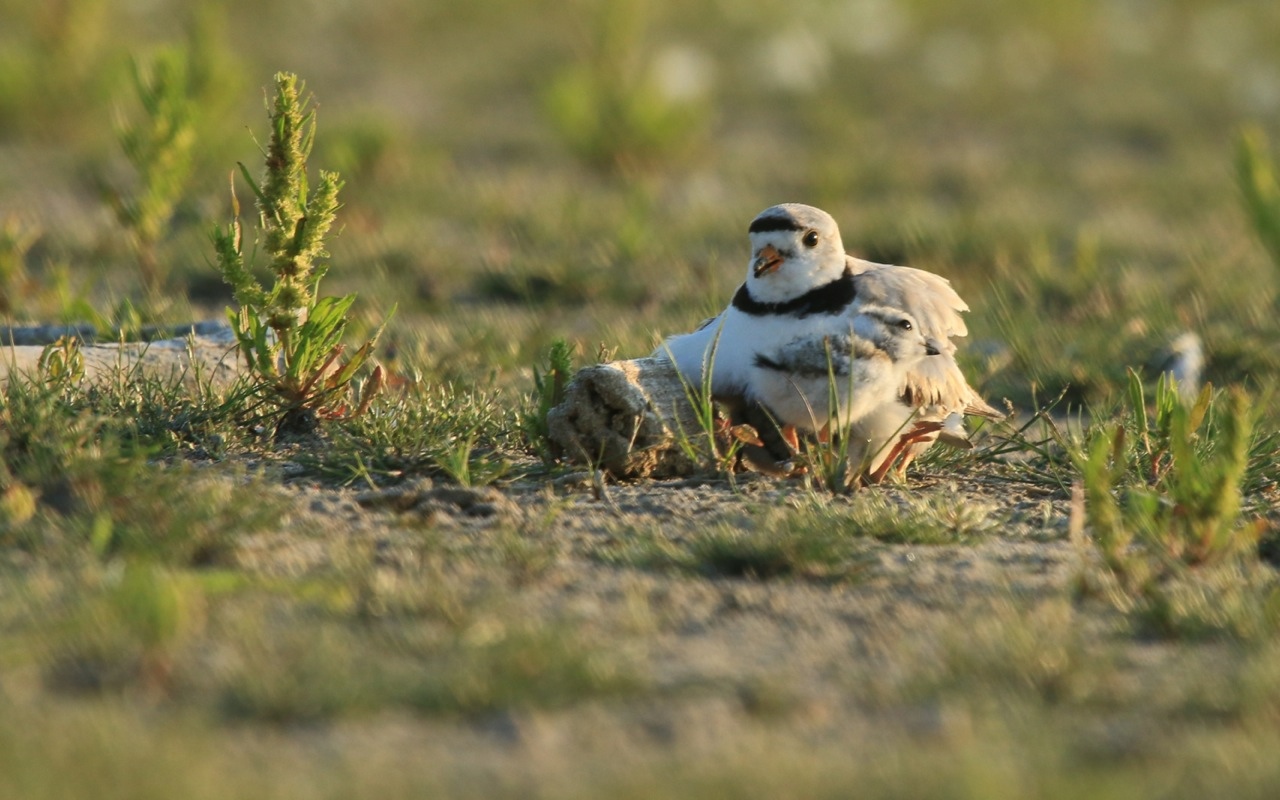 This is pretty good

For now it decides to snuggle up to its multi-legged dad and wait for a spot. This all happens quite quickly.  Once one chick dives underneath, the others are right behind. 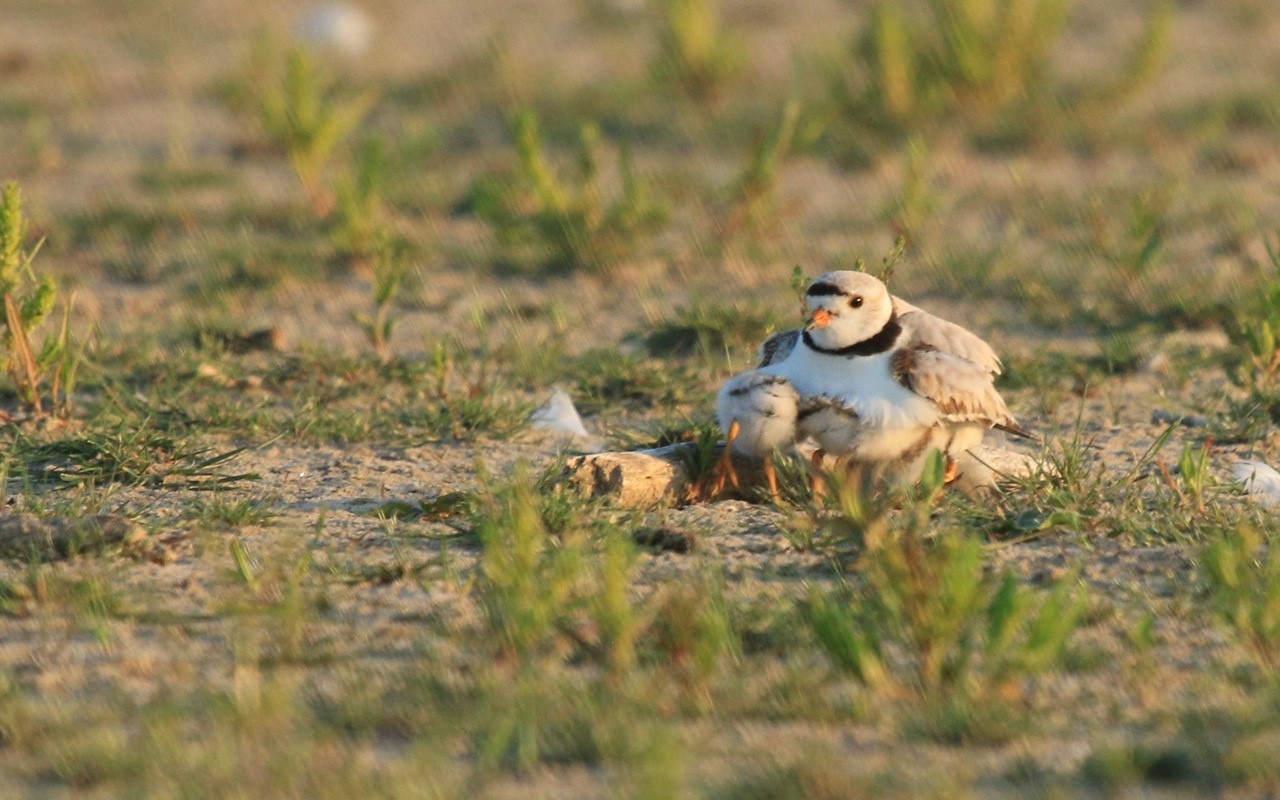 Here’s dad brooding all 3 chicks in another spot on the beach.   Look at all those legs!  I hope he is enjoying himself because apparently mom will be migrating back to down to Florida soon after the chicks turn a week old!  Then dad will be on his own with them until they learn to fly, in about 3 more weeks. 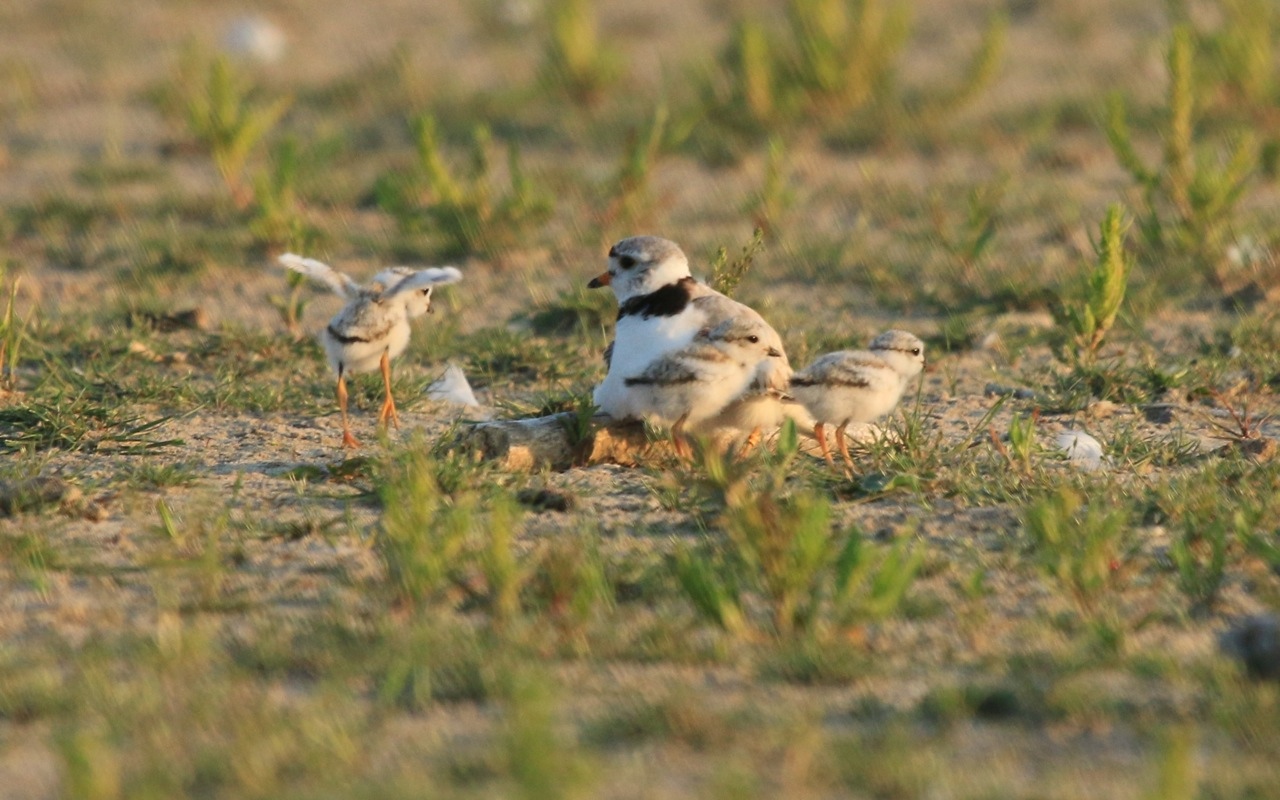 Just as quickly as the chicks shove their way under, they pop right back out again!  Great stretching and wing flapping ensues. 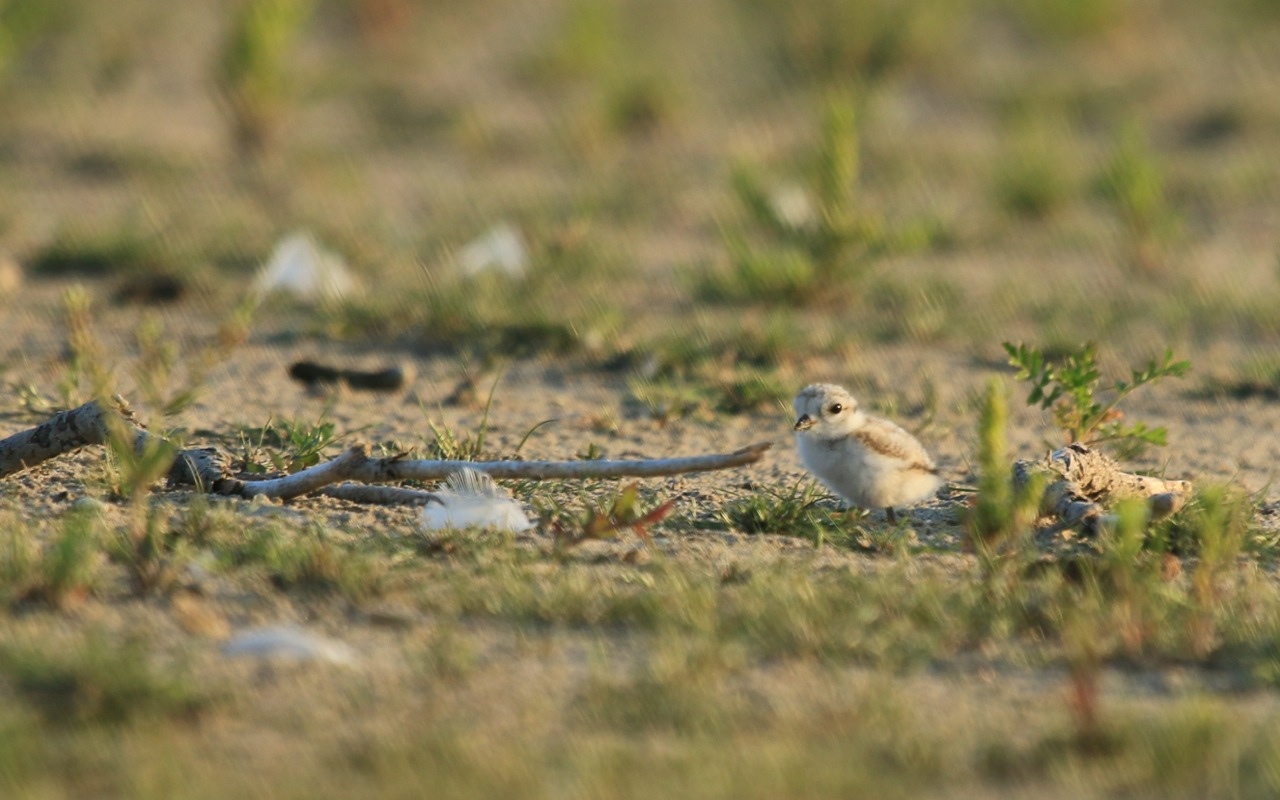 Off I go again

Then more running around on the beach 3 different directions eating, eating, then running some more. 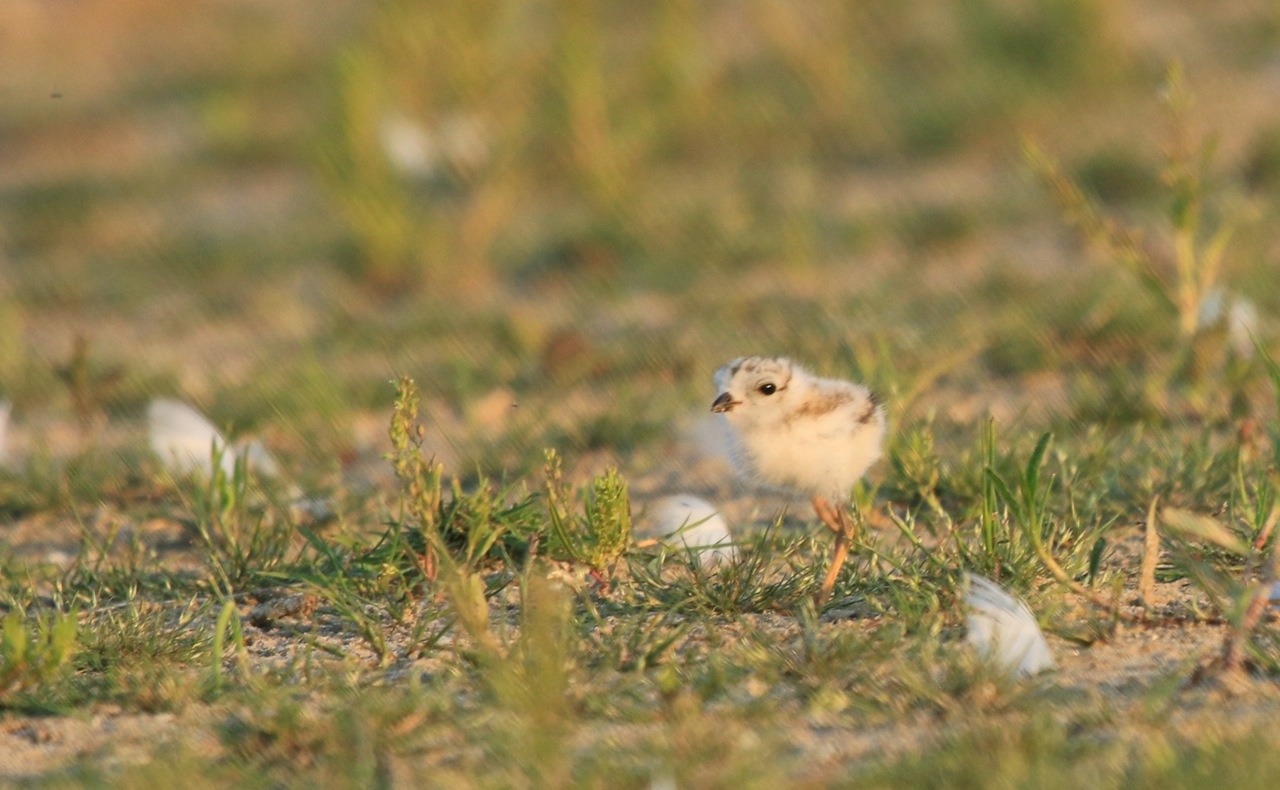 I took 600 shots in one evening. Maybe you can see why…

How cute is that?  Really?   I had the hardest time writing this blog because I couldn’t  choose the  photos.   Blogs can’t have 600 photos in them.  But I whittled it down.  Eventually. 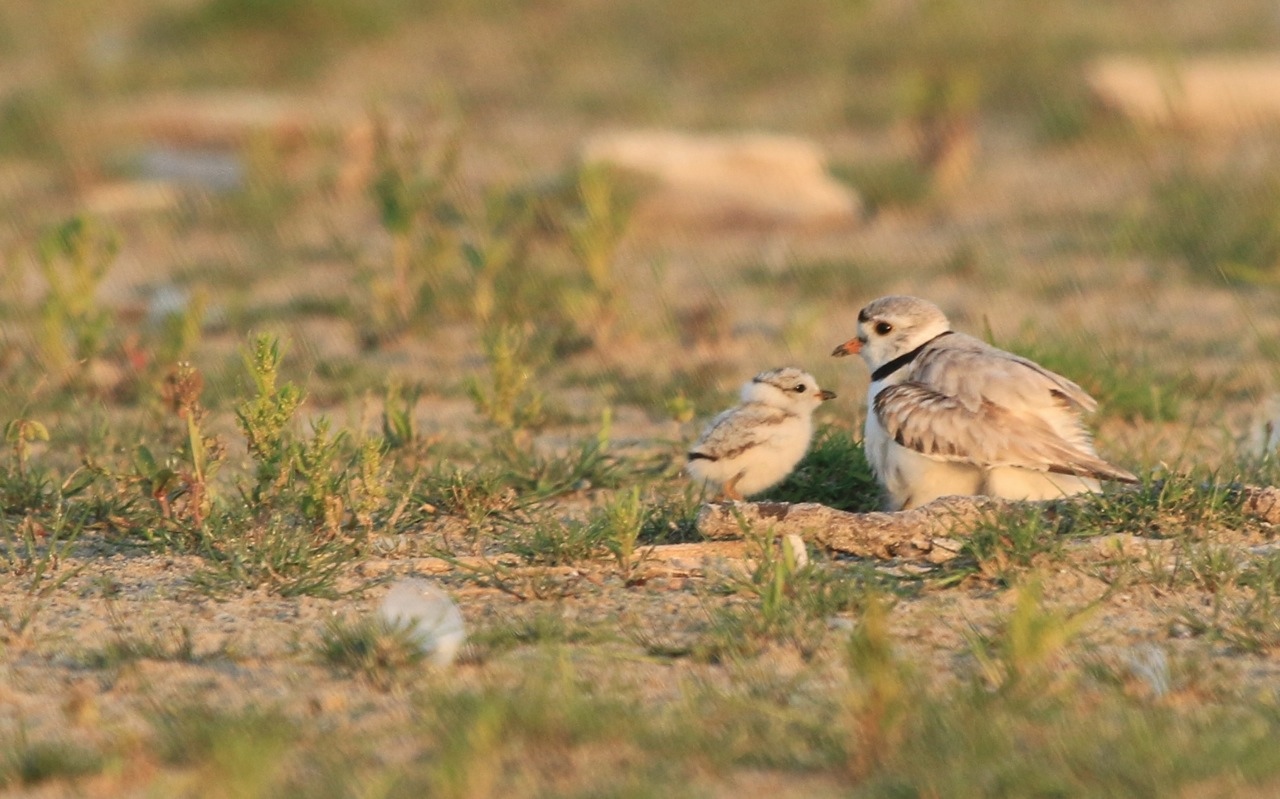 As the sun was setting yesterday evening and my volunteer shift with the Piping Plovers was coming to a close, I watched as the little chicks gathered around the mother. 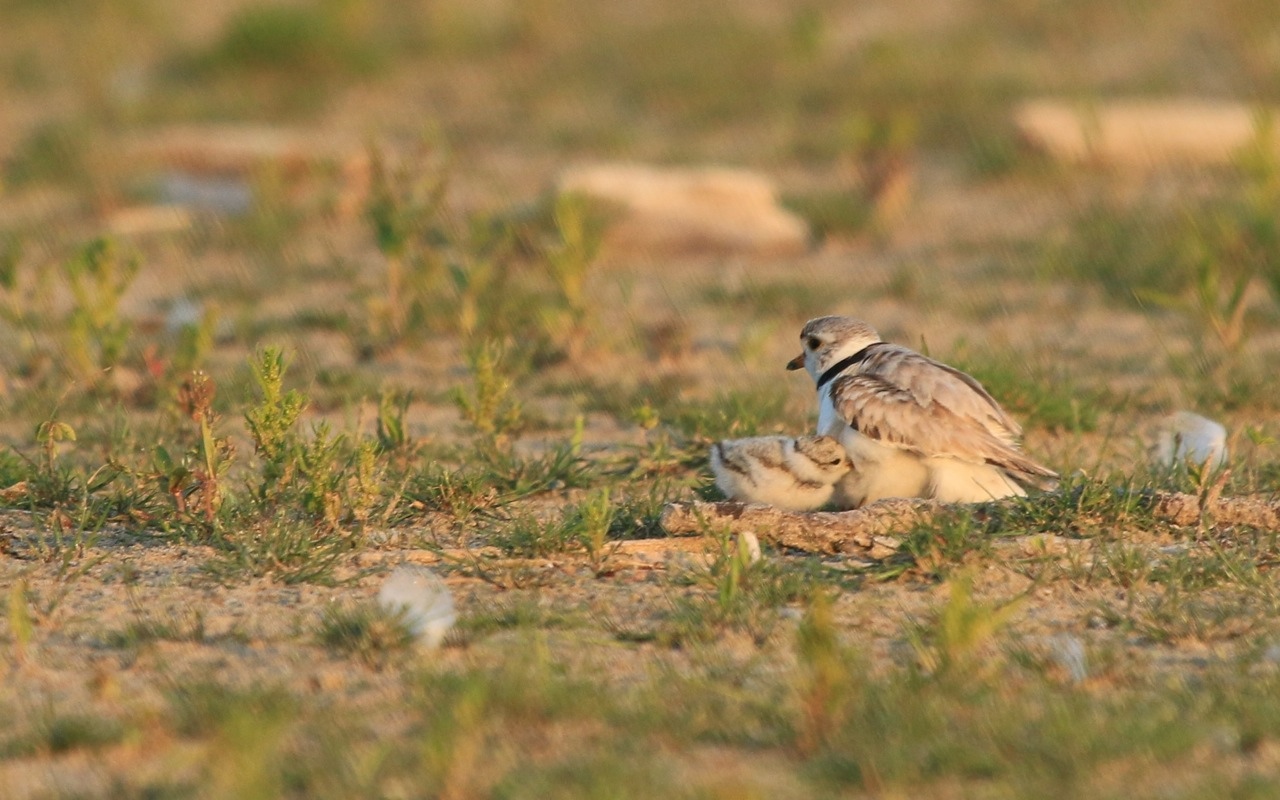 Safe for the night

All tucked in, right in the middle of a huge beach, you would hardly know they were there.  After watching them so closely it was hard to turn and walk away.