Today I Met a Purple Sandpiper

Purple Sandpiper!  Yes, that’s an actual bird.  Today was the first day I ever saw one. 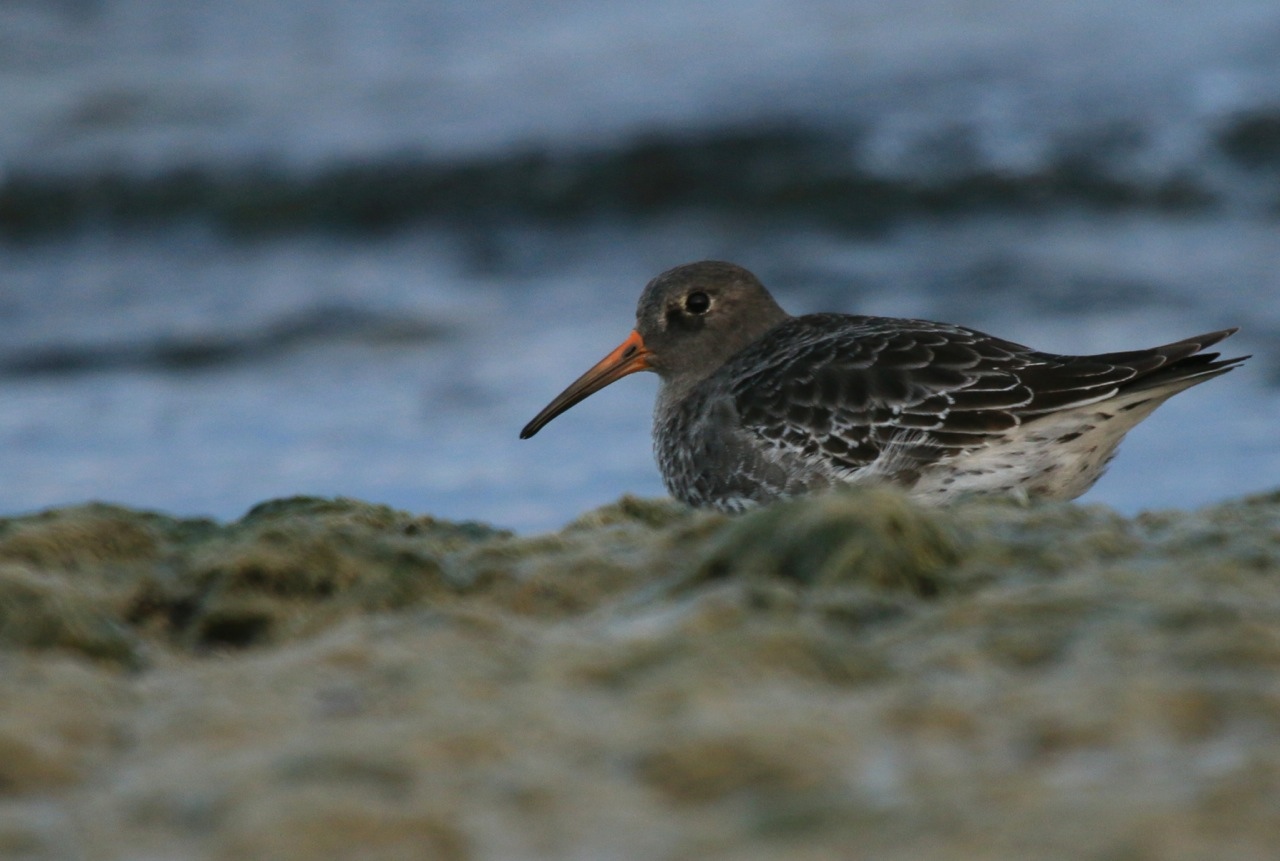 They’re small.  Purple-ish. Like other shorebirds, if you just stay still they will feed and walk around despite your presence.   So yes, they are friendly. 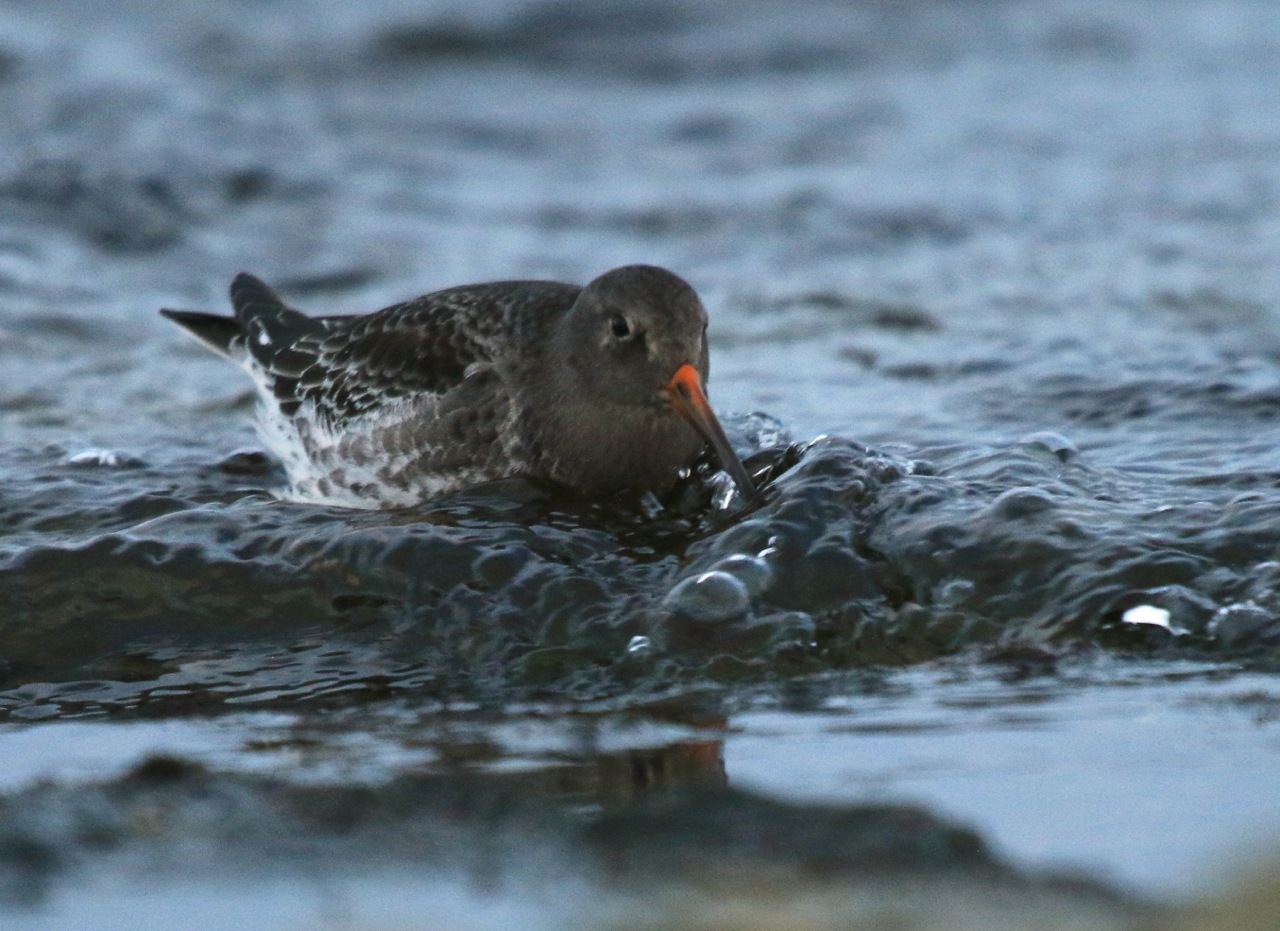 Purple Sandpipers often pass through Presqu’ile Park this time of year.   Sure, it’s really quite late to be migrating, but that’s just what they do.   These little shorebirds have the northernmost range of any shorebirds, breeding in the arctic in the summer, and spending the winters along the rocky Atlantic coast. 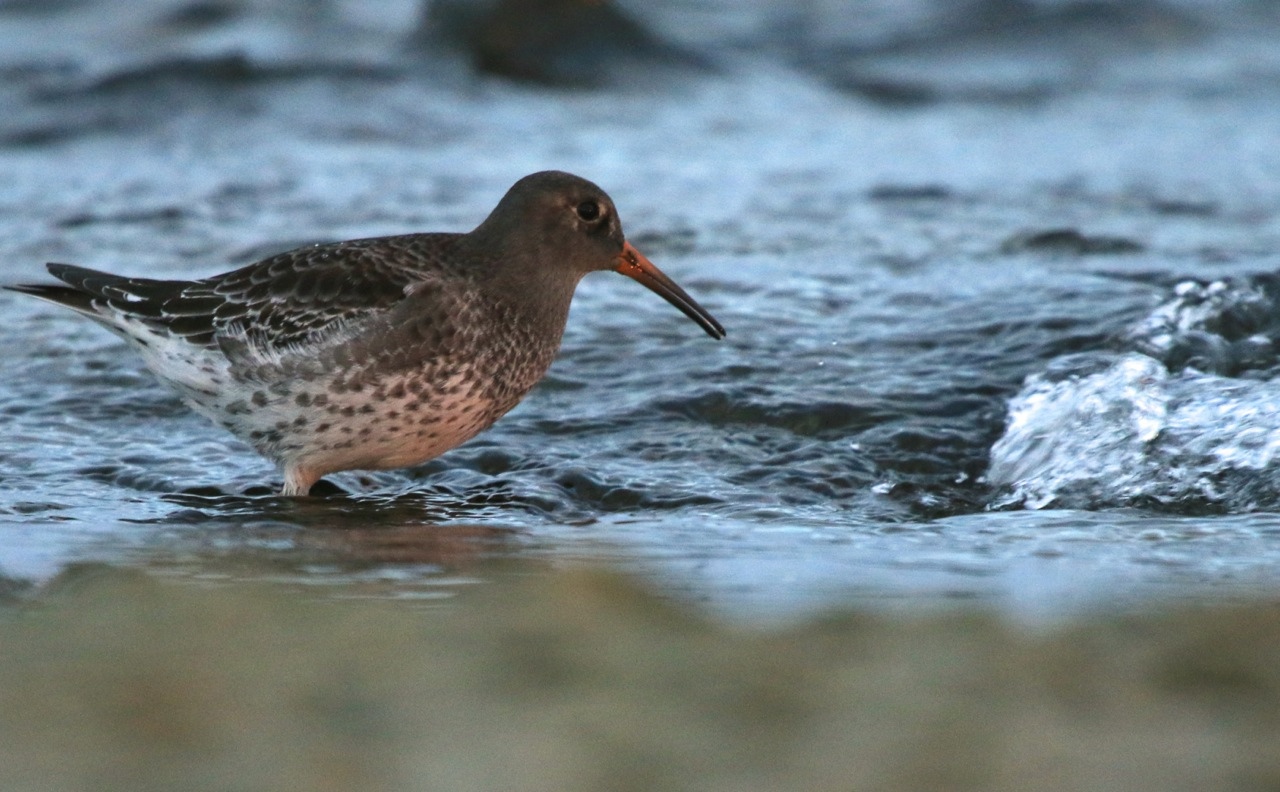 Despite the fact that they are pretty reliable little birds at Presqu’ile this time of year, I have never been at the right place at the right time. 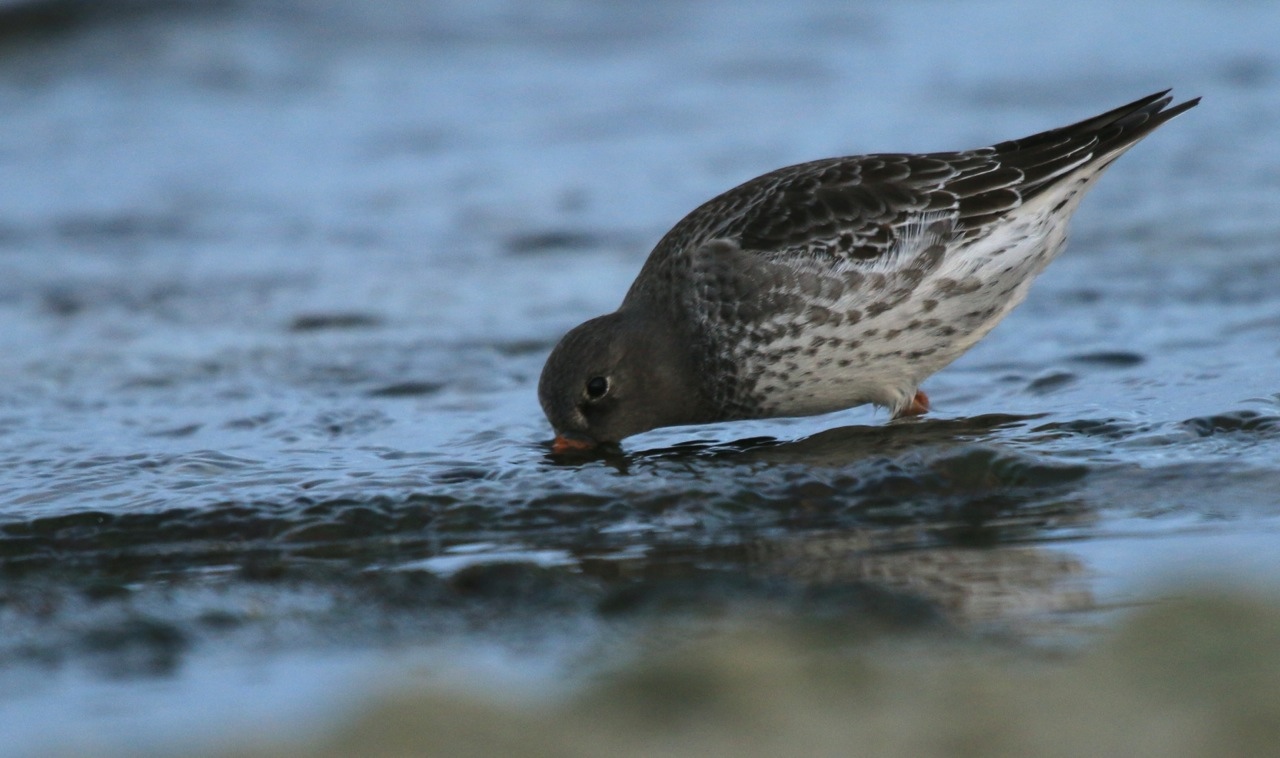 But as I got out of the car today and started to don my rubber boots in the parking lot at the park, a group of people called over to me “You’re in luck!”  Always a good sign.   Then they told me exactly where this little bird was hanging out.   Very useful, since by the time I hiked out to Gull Island the sky looked like this. 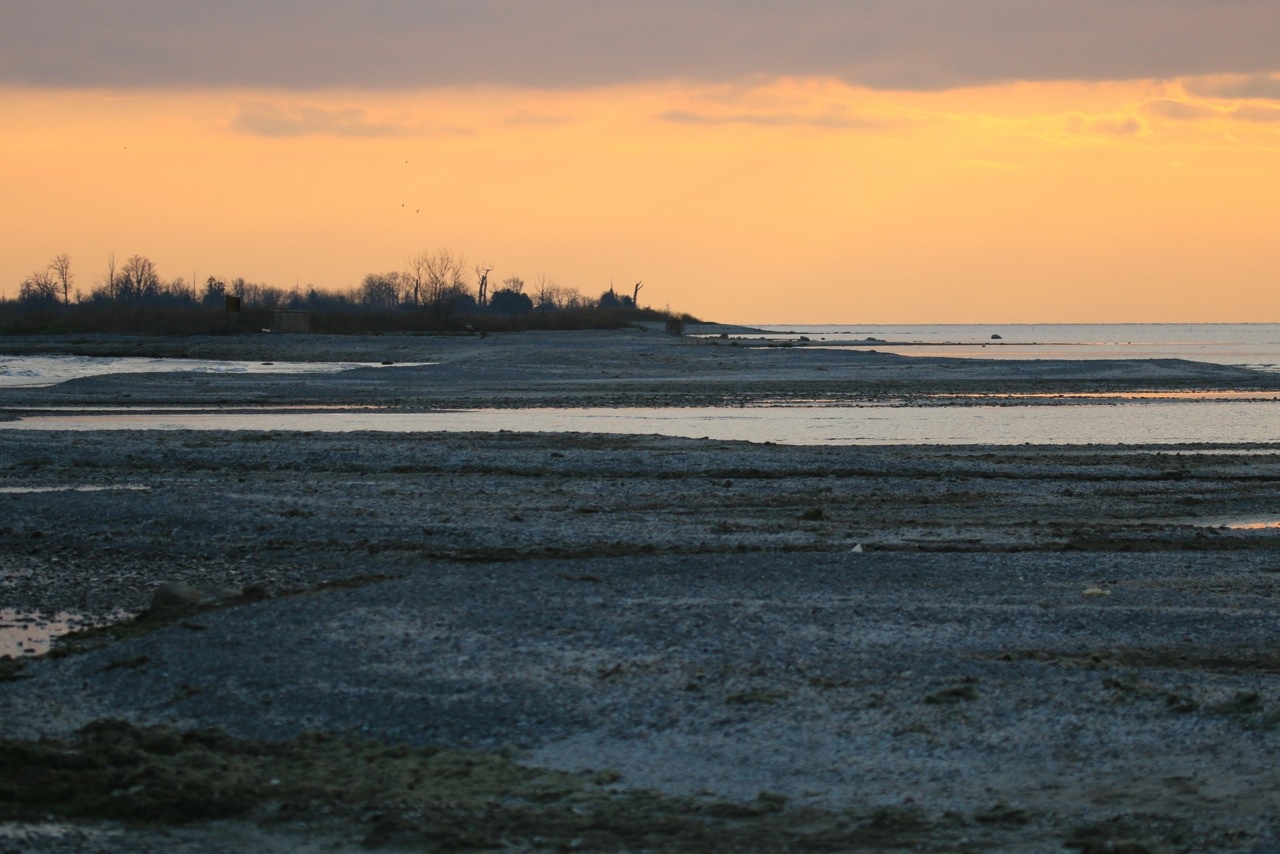 Now I don’t really mind walking when it is getting dark, but recently I have been seeing coyotes on the beach and though I am not afraid of them, I would like to get off Gull Island and back to my car before it is pitch dark and I can’t see “who else” is around. 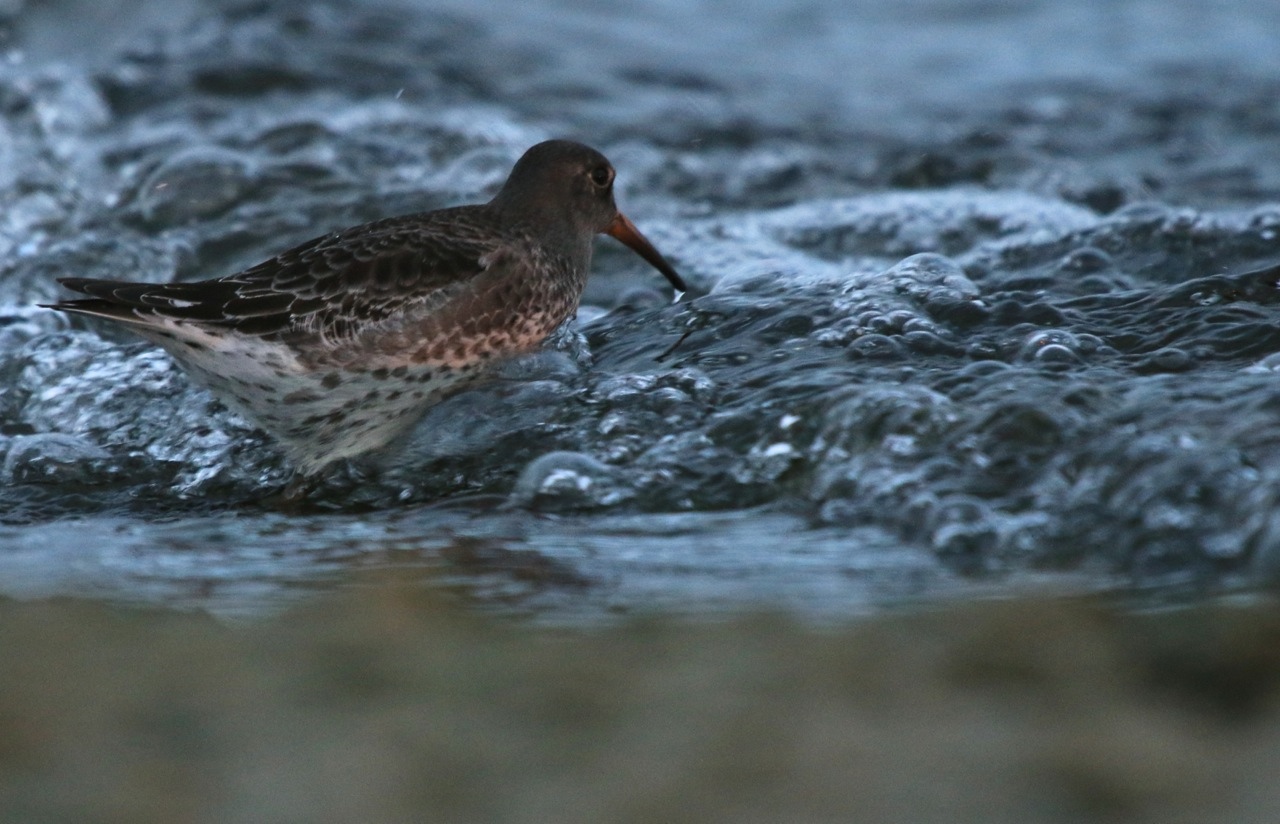 So today, I saw my first Purple Sandpiper.   Just a quick visit.   These little birds are loners, so I just left it there by itself,  going in and out of the waves feeding, as the sun was going down. 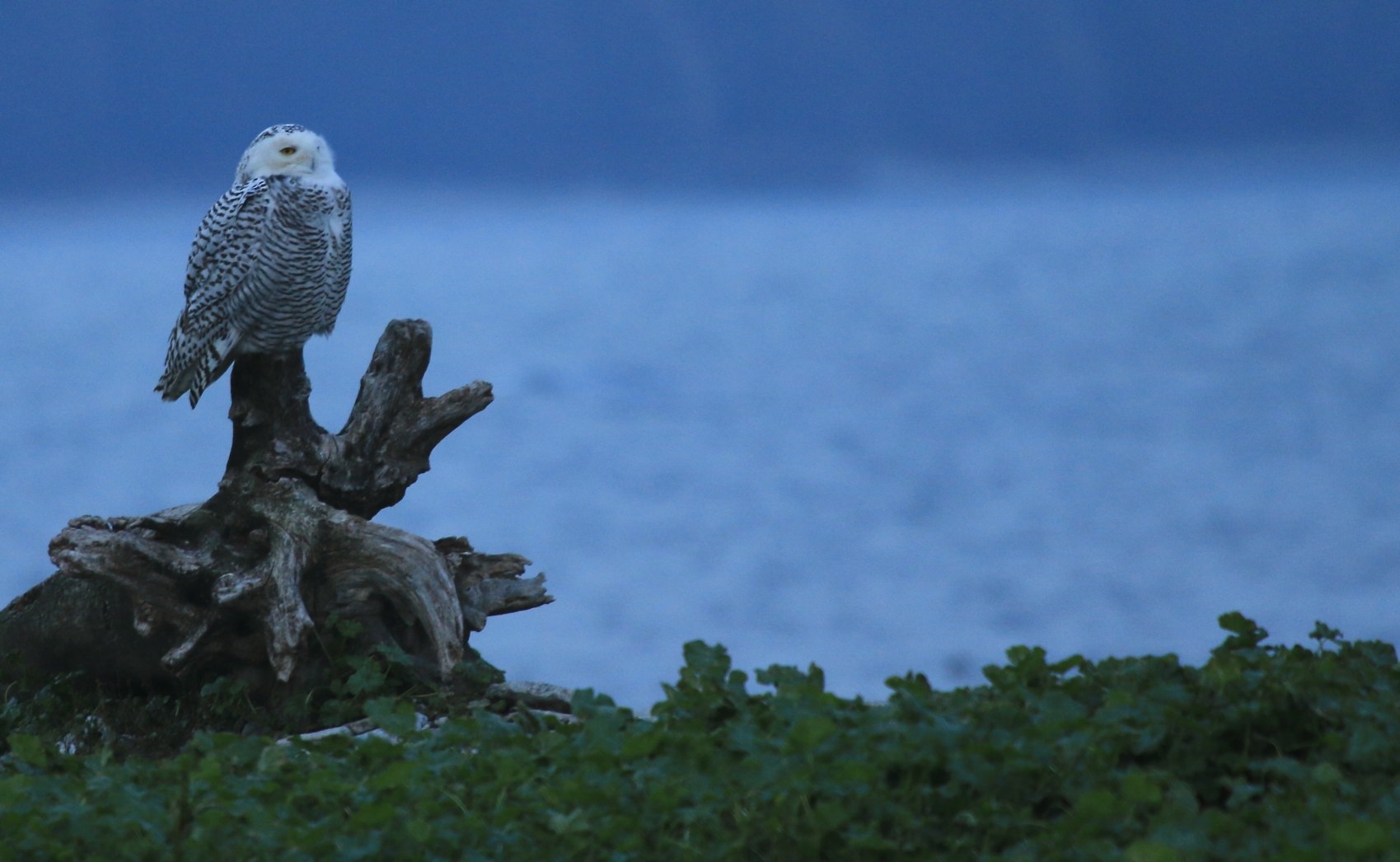 I hope the owl doesn’t eat it.