We just spent a couple of days on Booth Lake, in the southeast corner of Algonquin Provincial Park.   As we paddled and hiked into the lake, we realized we have been going to Algonquin every summer for the past 25 years.    Never have we had such amazing experiences watching loon behaviour. 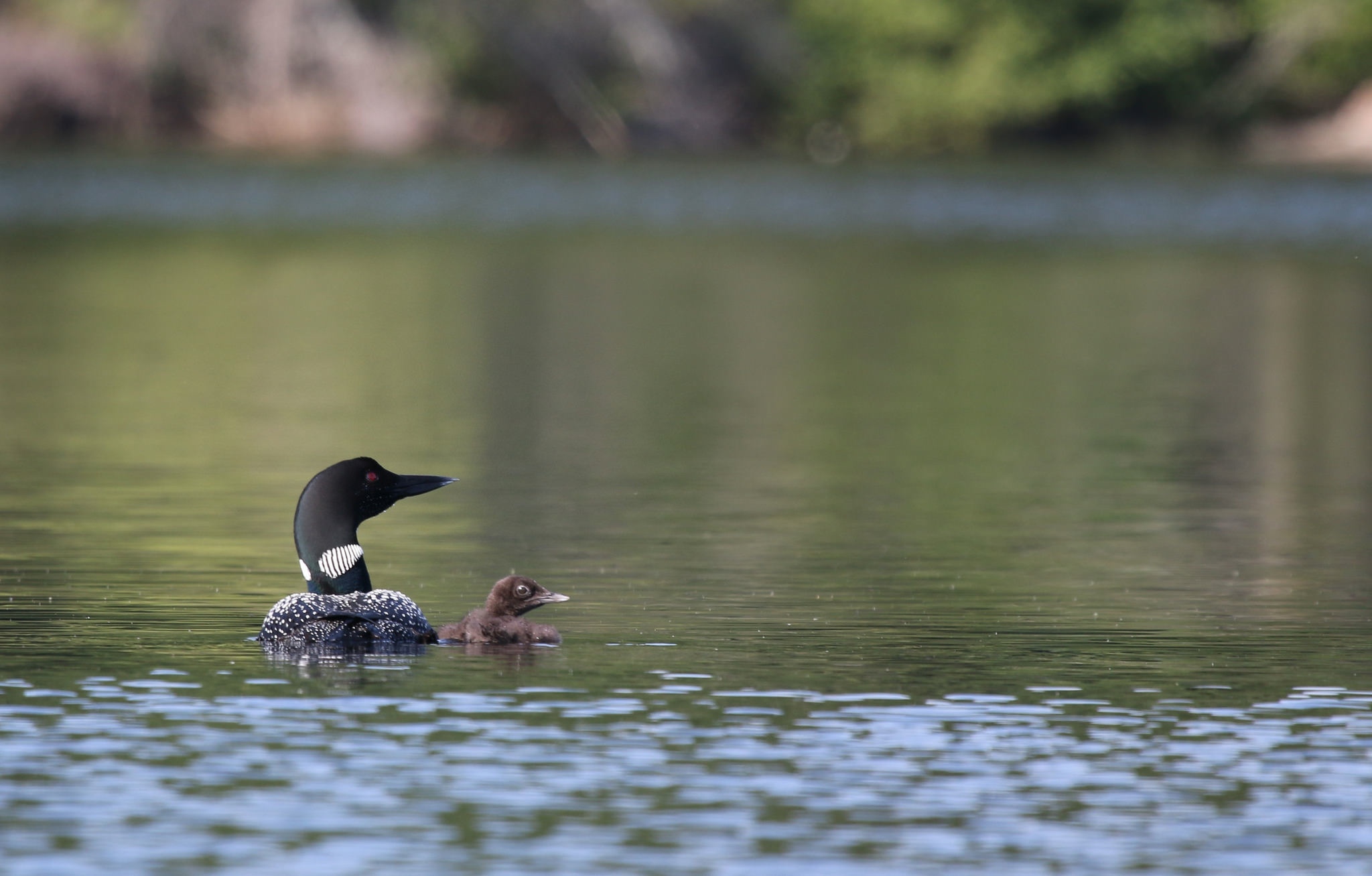 On our way into Booth Lake we found a baby loon and its parents. 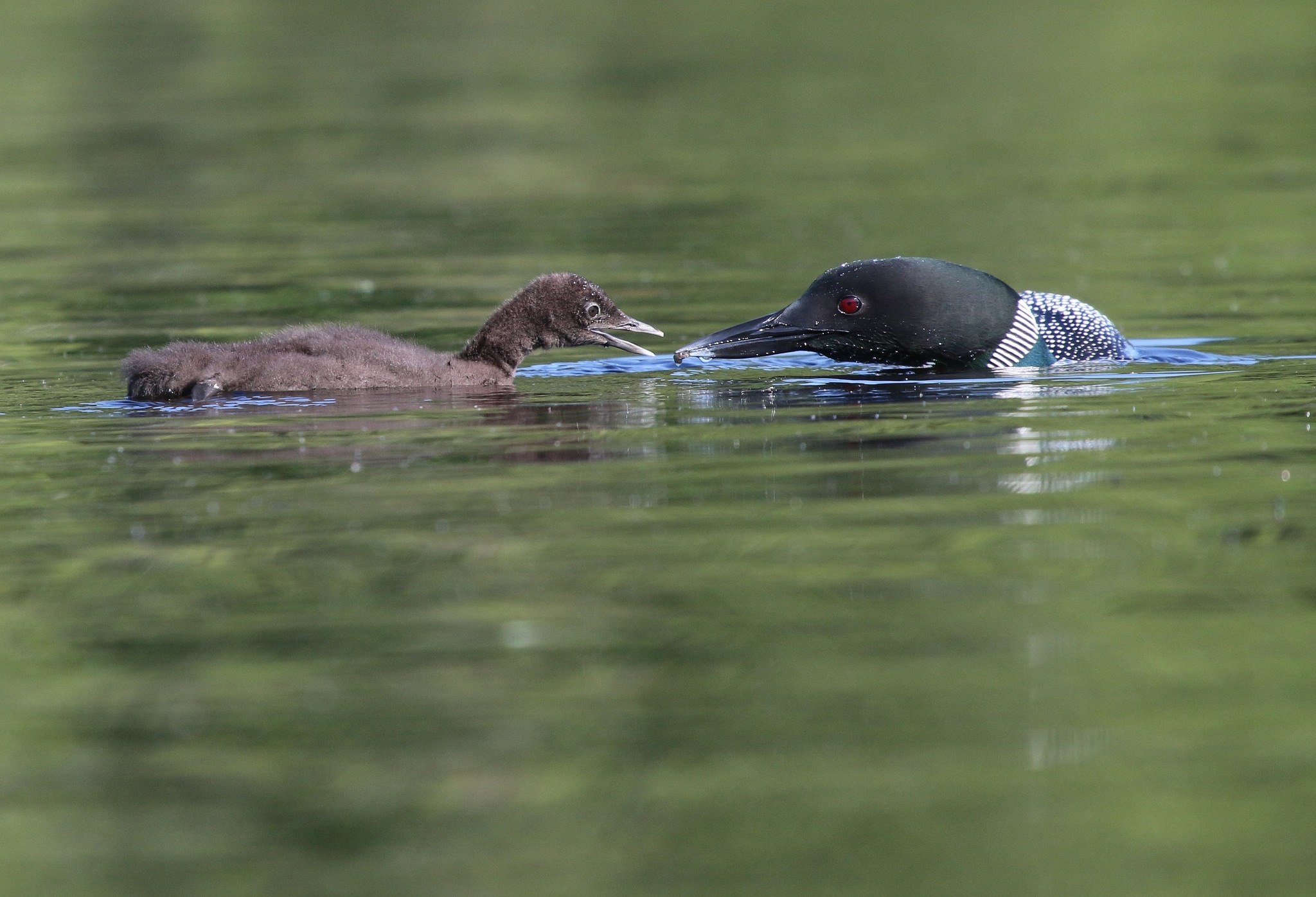 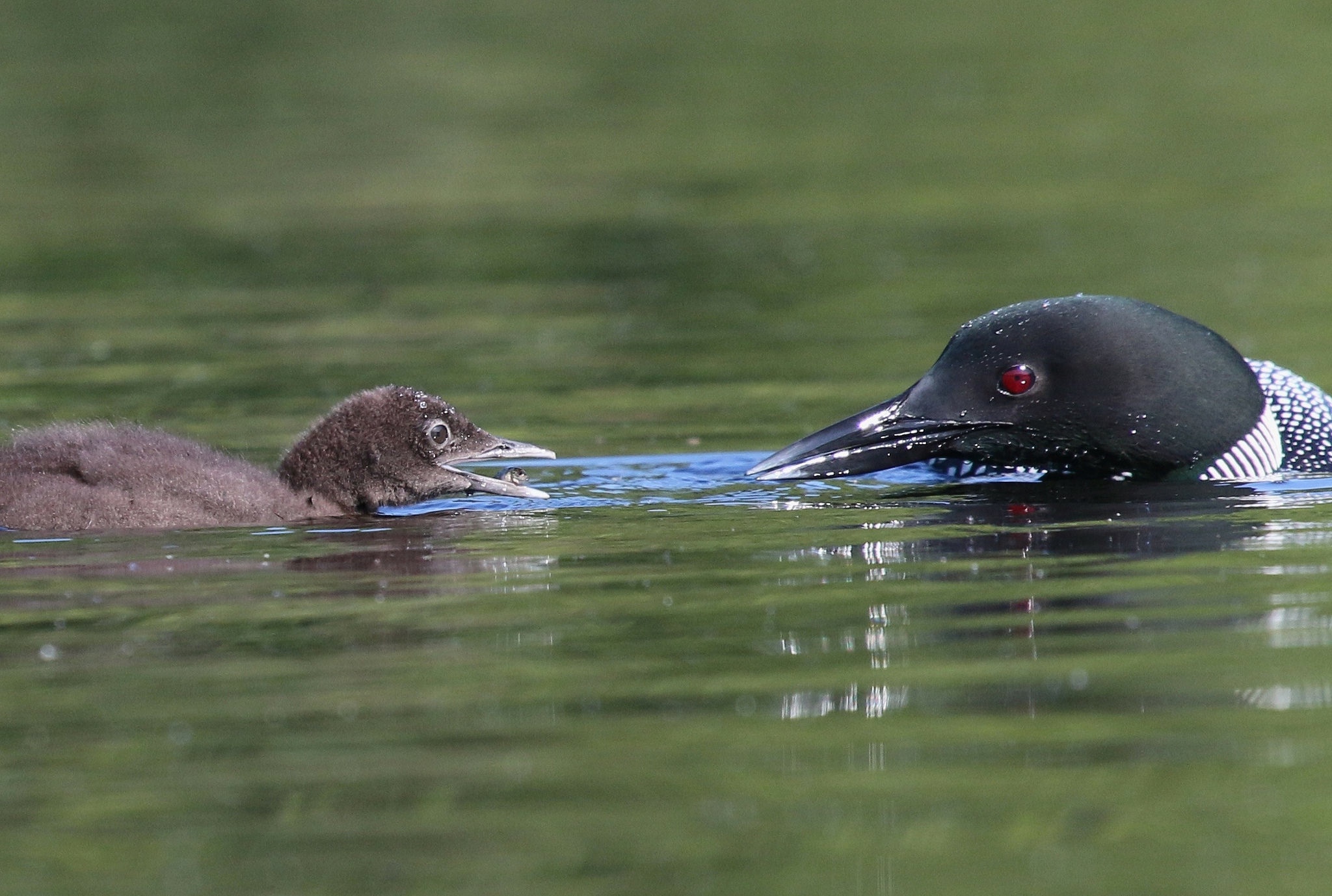 Though the baby loon was occasionally diving under the water, mostly it just bobbed around on top waiting for its parents to feed it little fish and leeches. 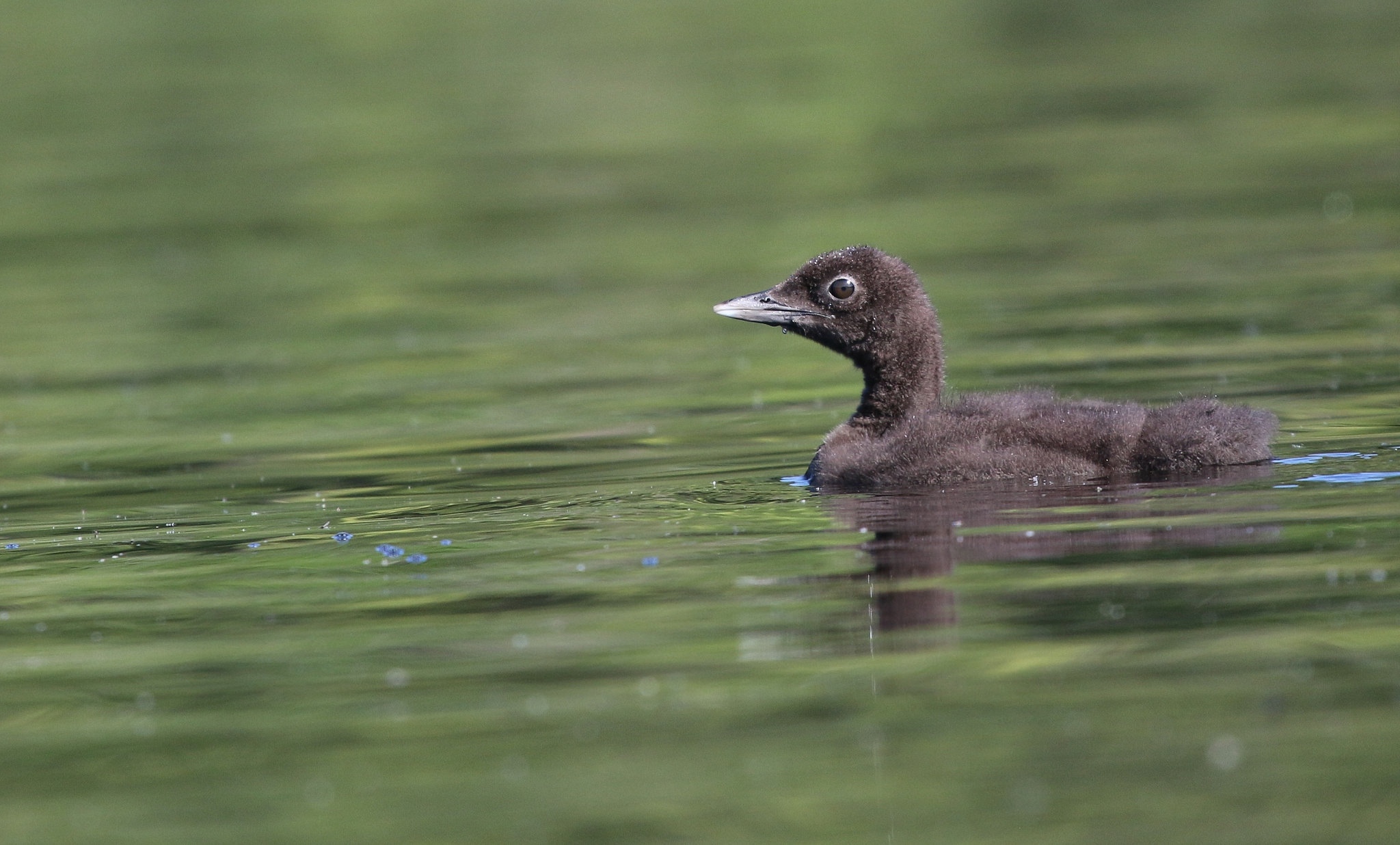 We were quite struck by the helplessness of the little creature, floating around out there in the middle of a large lake. But its parents were taking really good care of it, sticking close and constantly calling in low hoots.   That evening we went out looking for the little loon again, but instead found these characters: 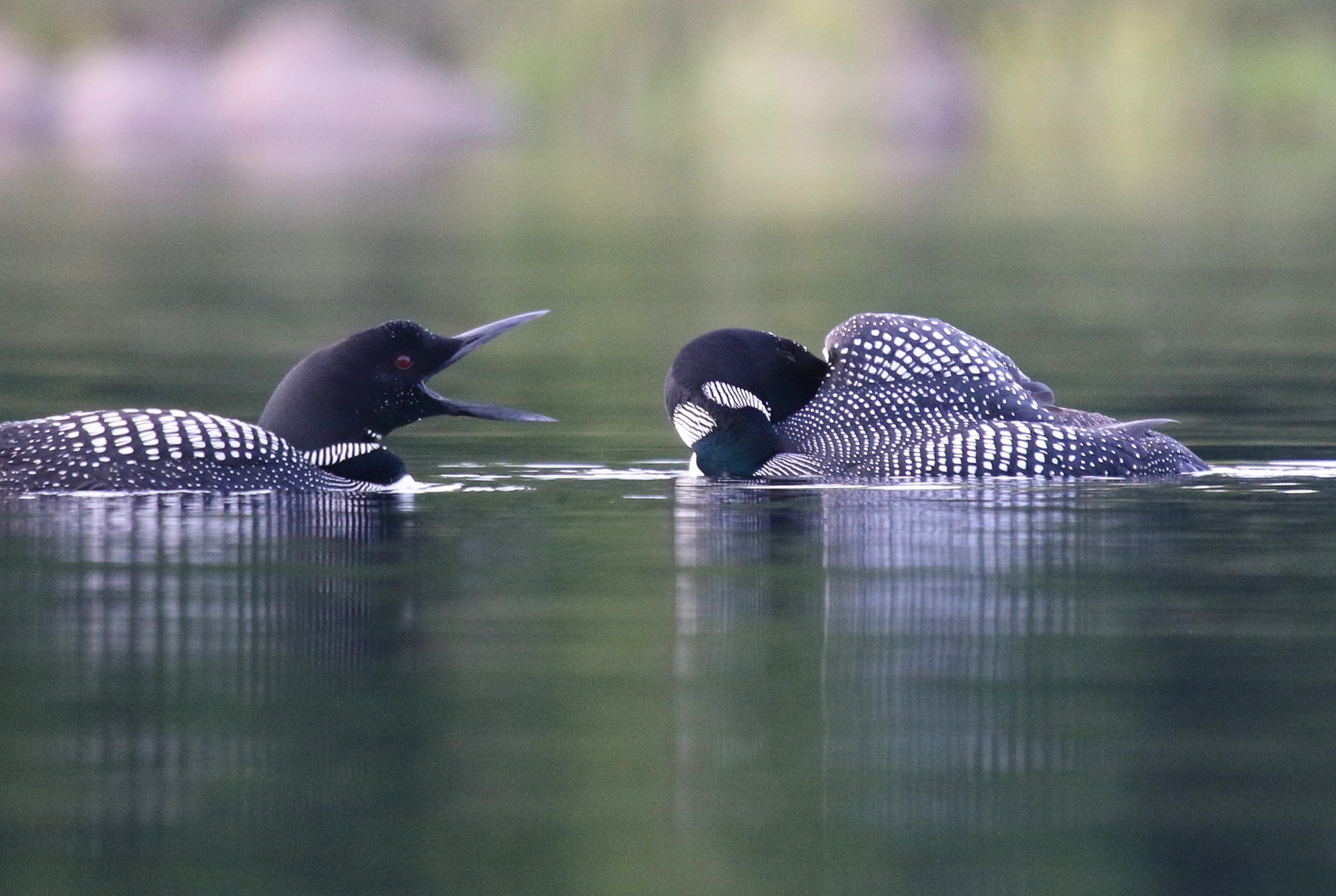 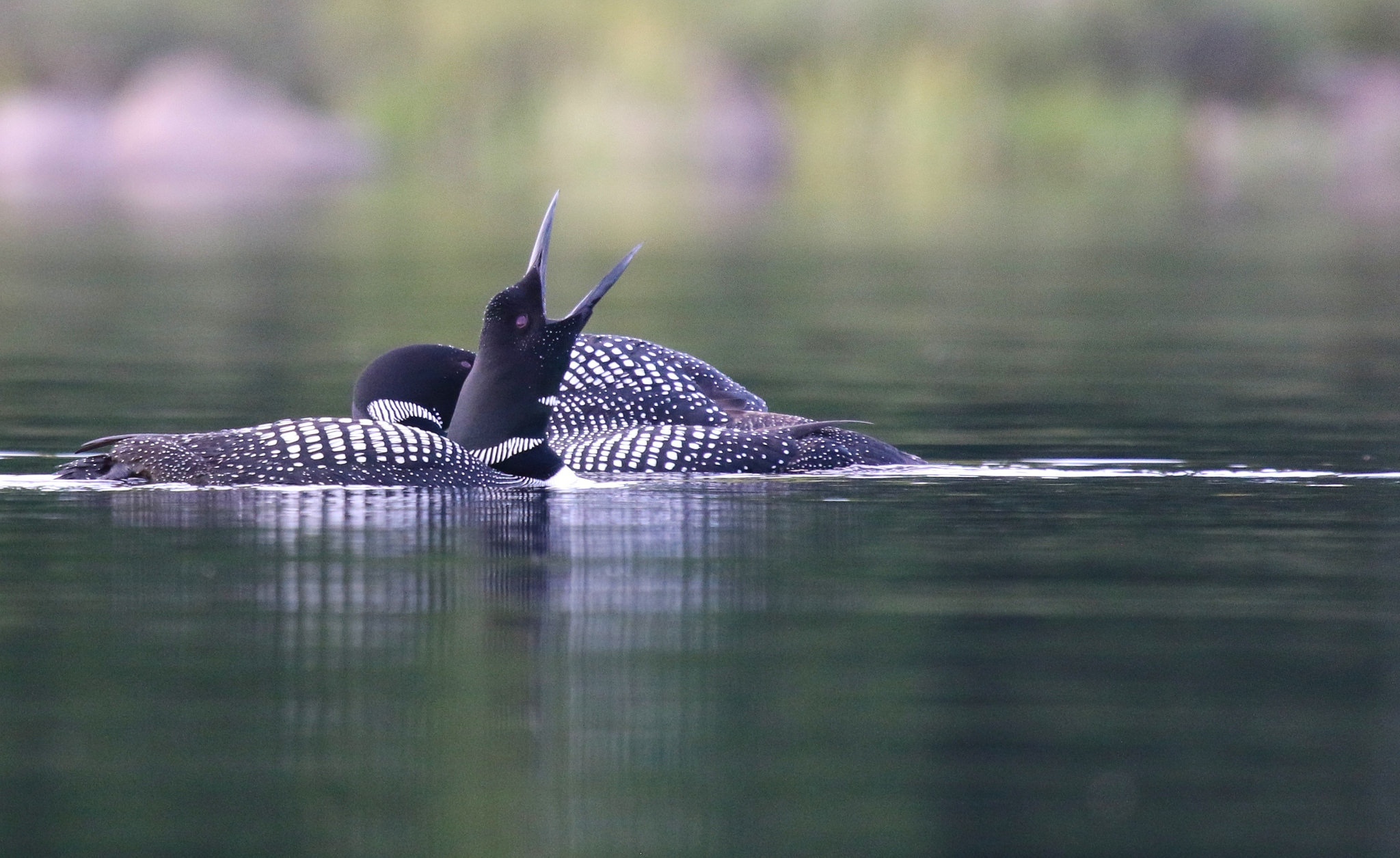 A group of adult loons was floating around near the shore, gathering for the night. Your guess is as good as mine as to what they were doing here. 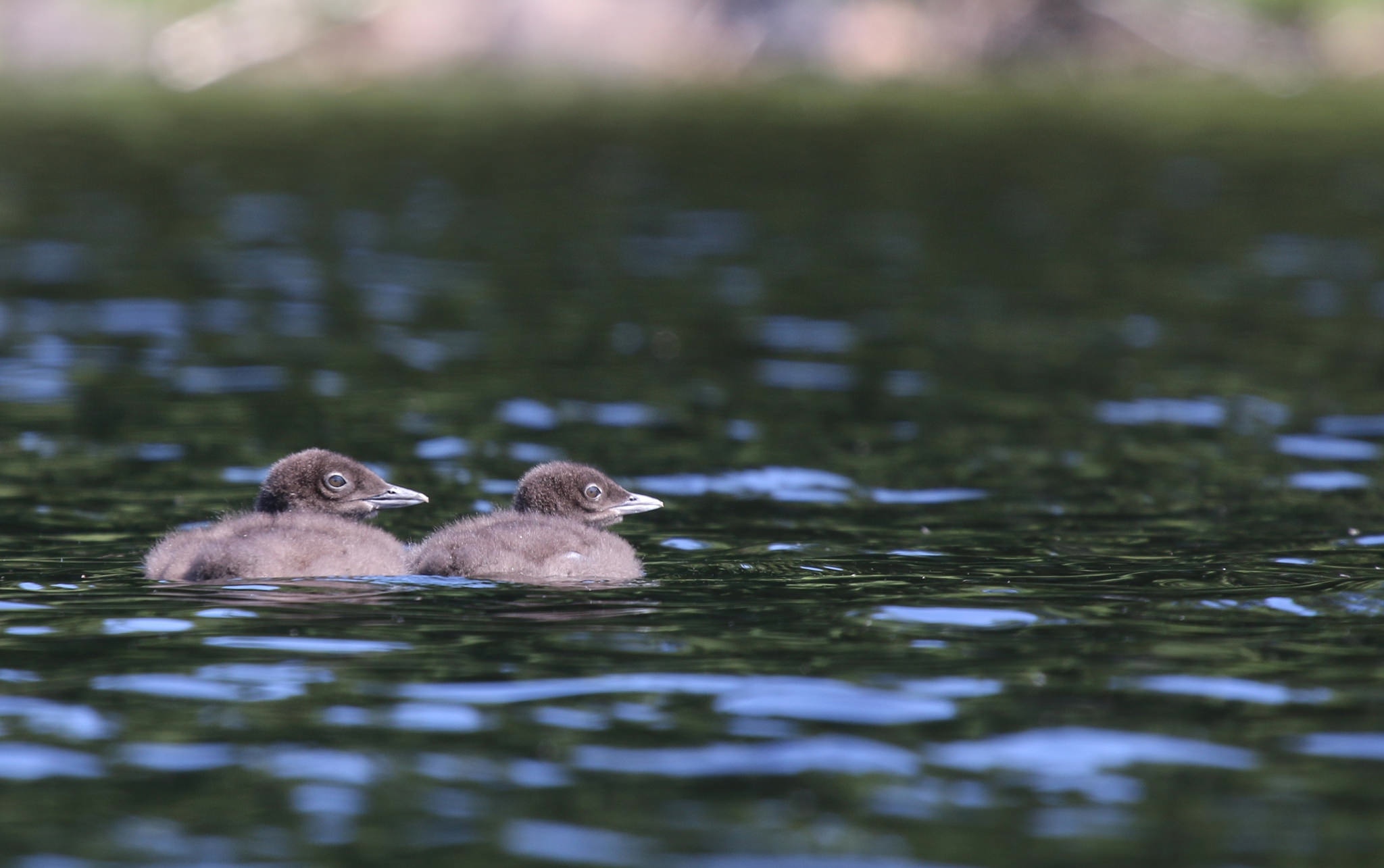 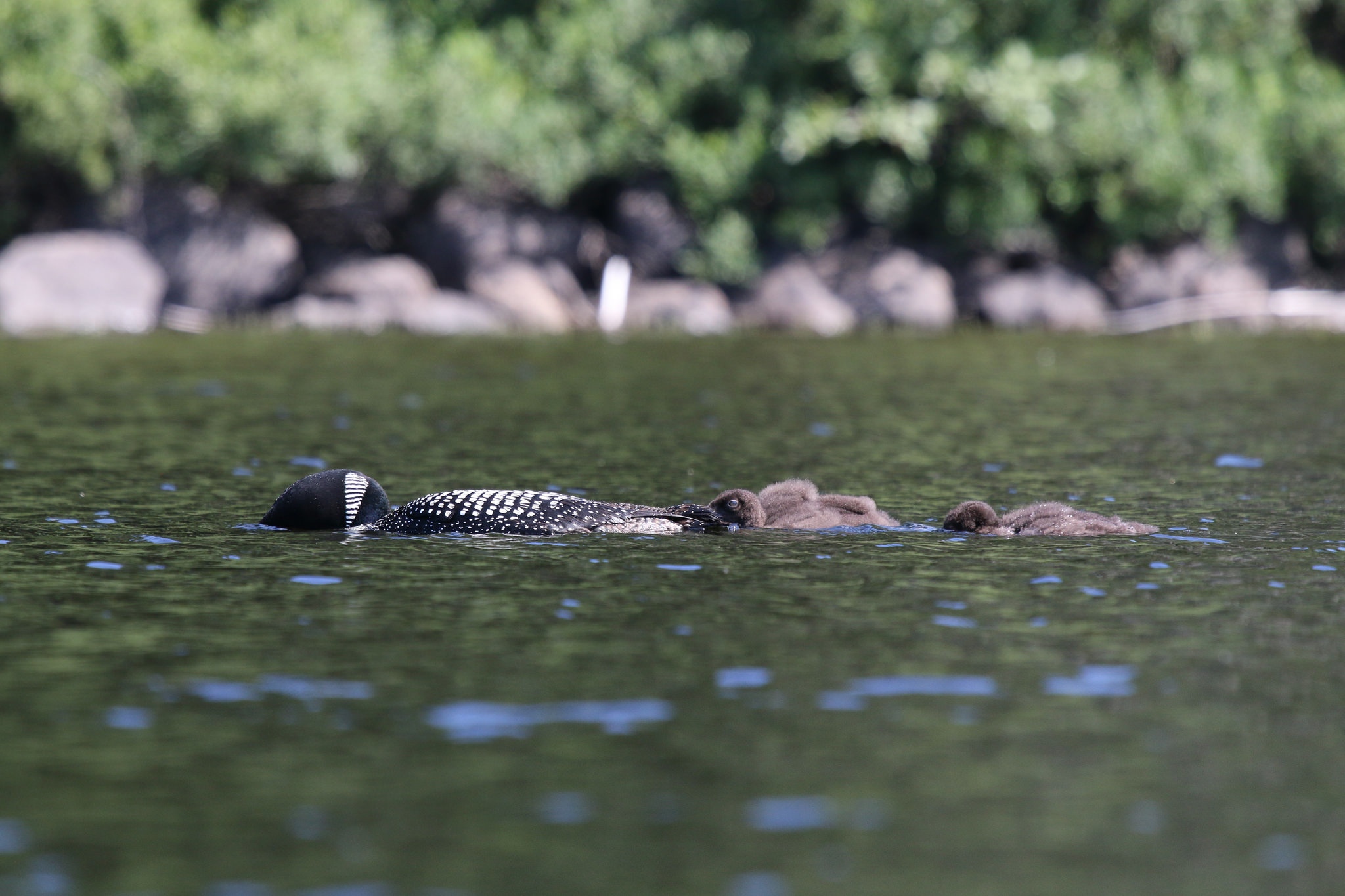 On the way out of the park we found a family with two babies and had a great time watching them. The babies just followed the parents around peeping for food, and taking turns peering down into the water to see what’s there. 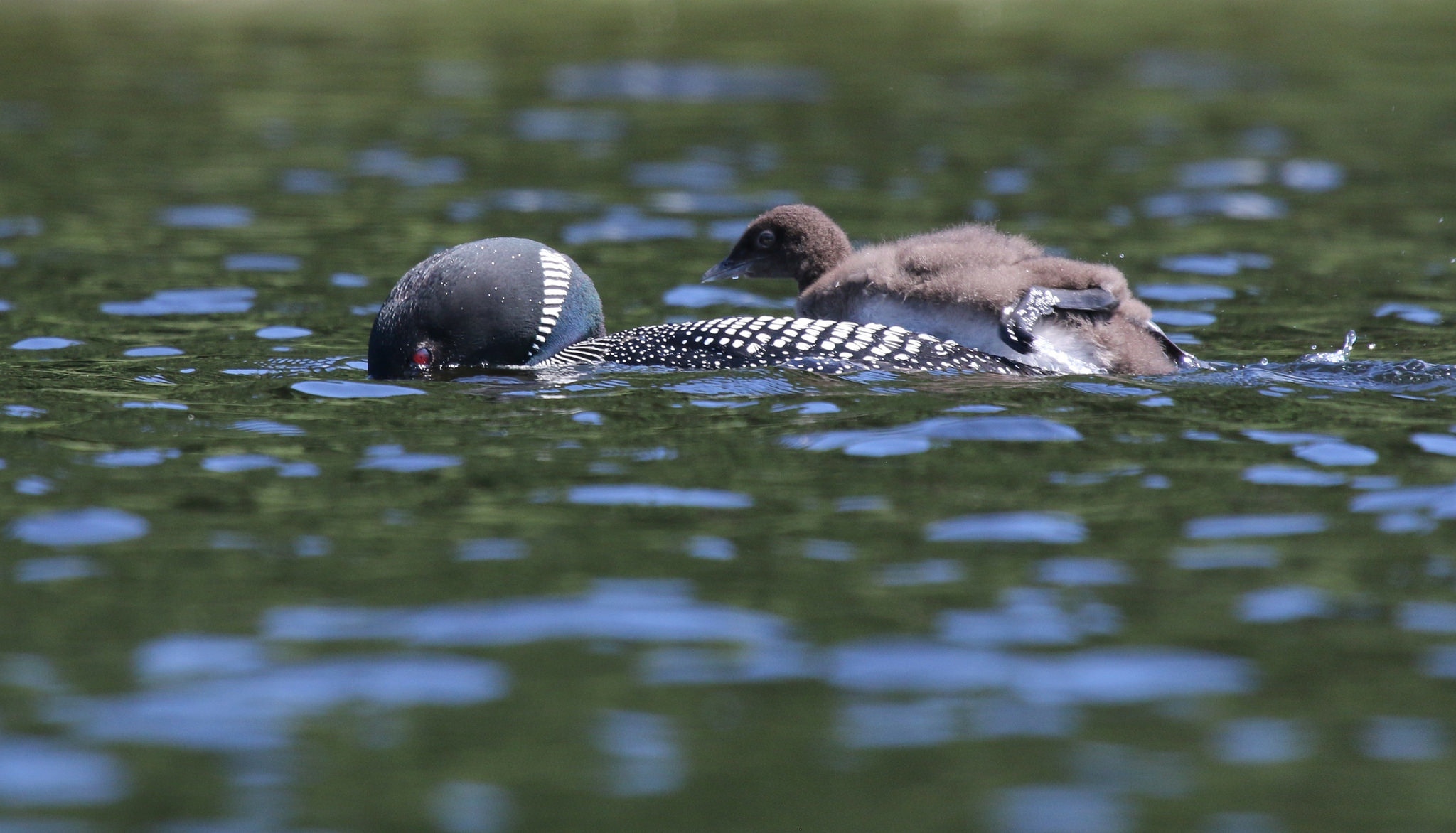 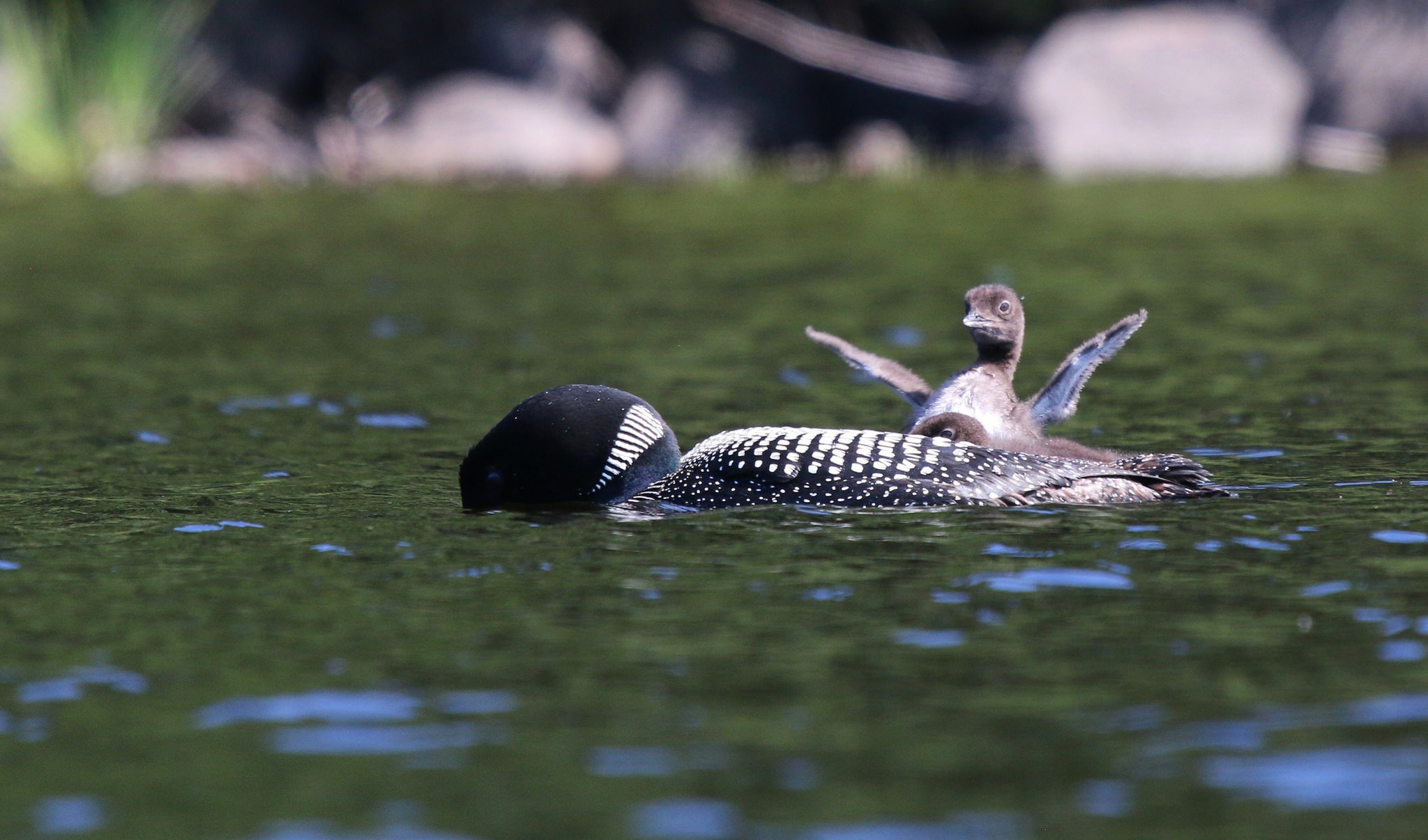 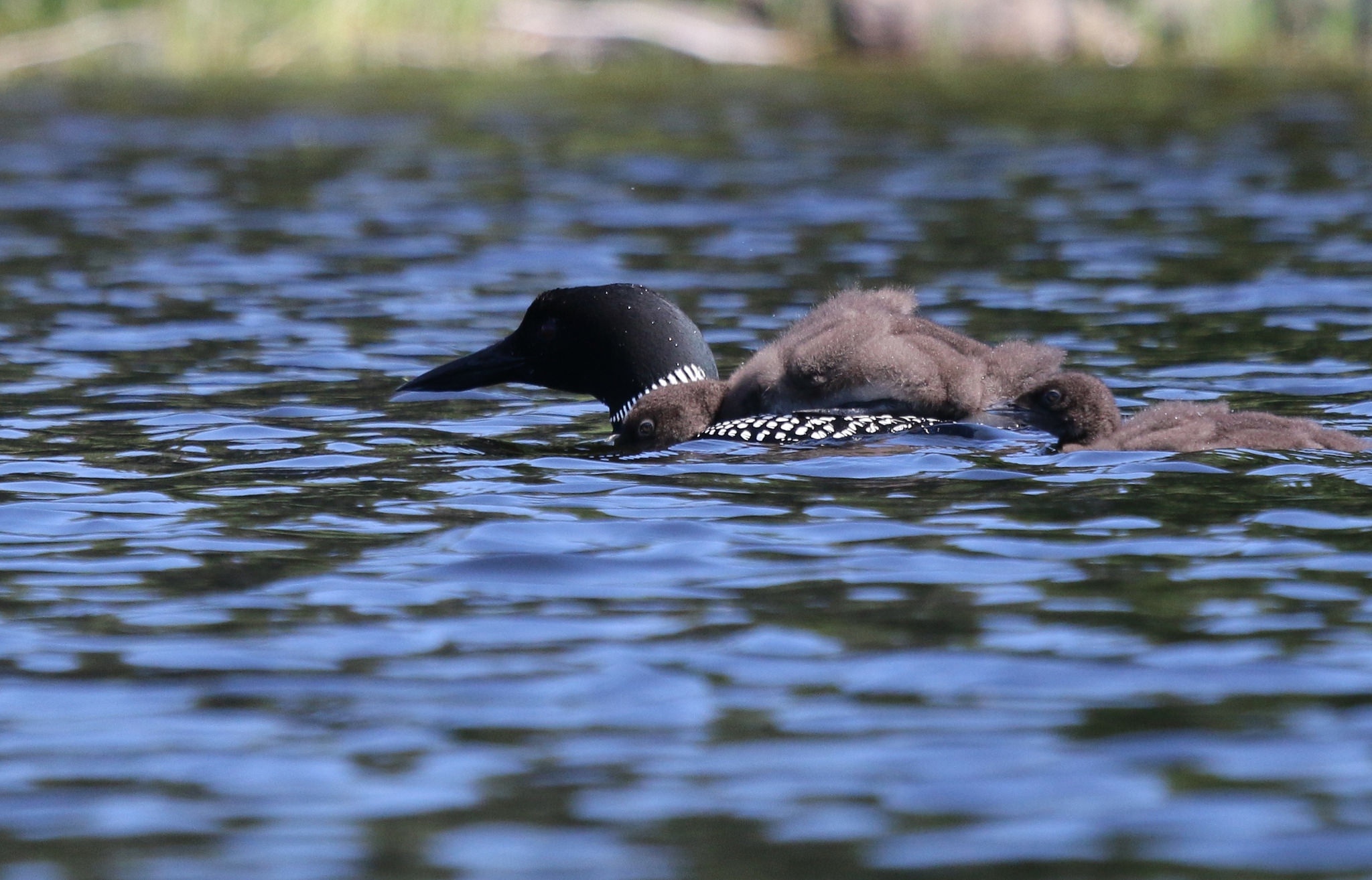 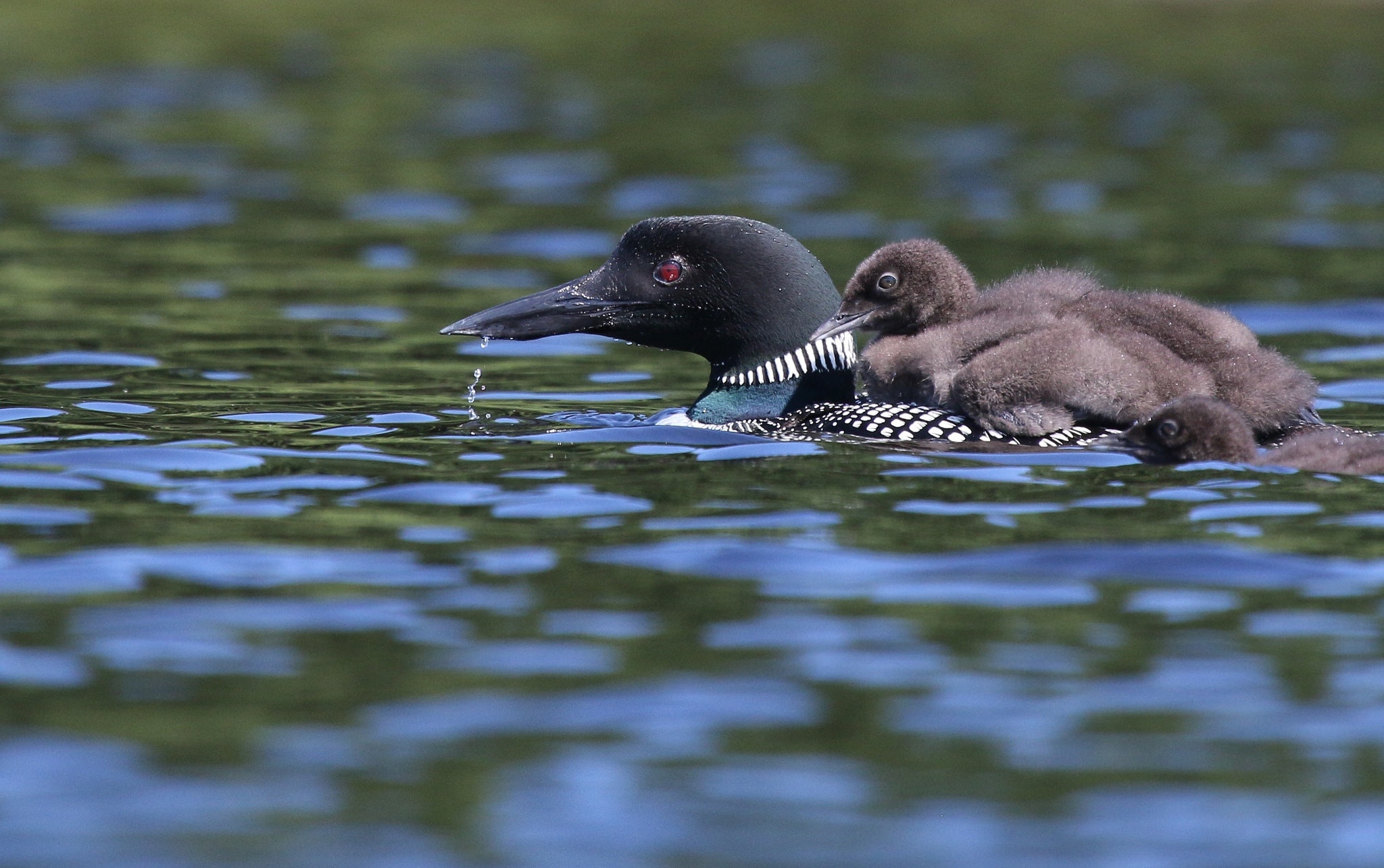 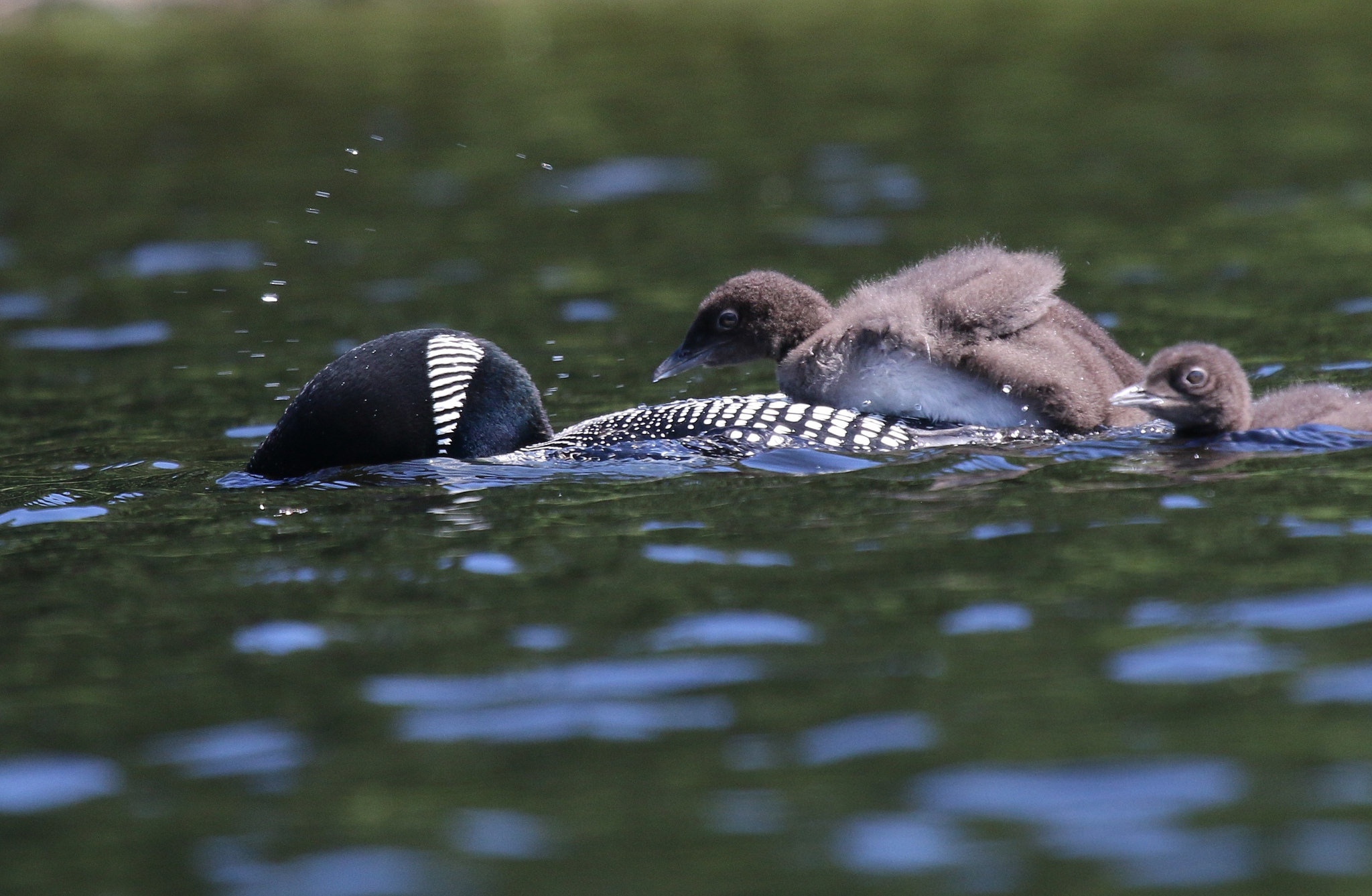 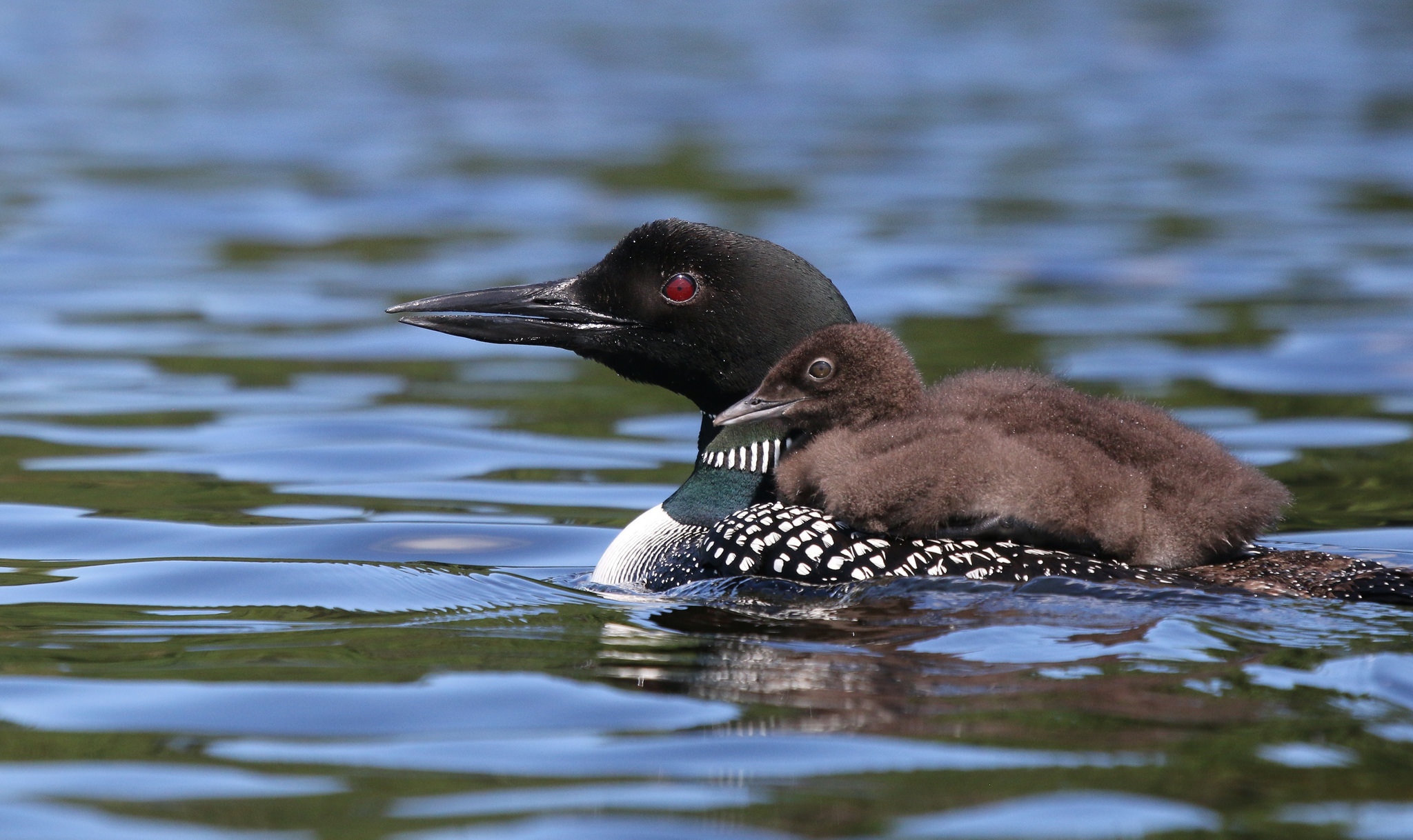 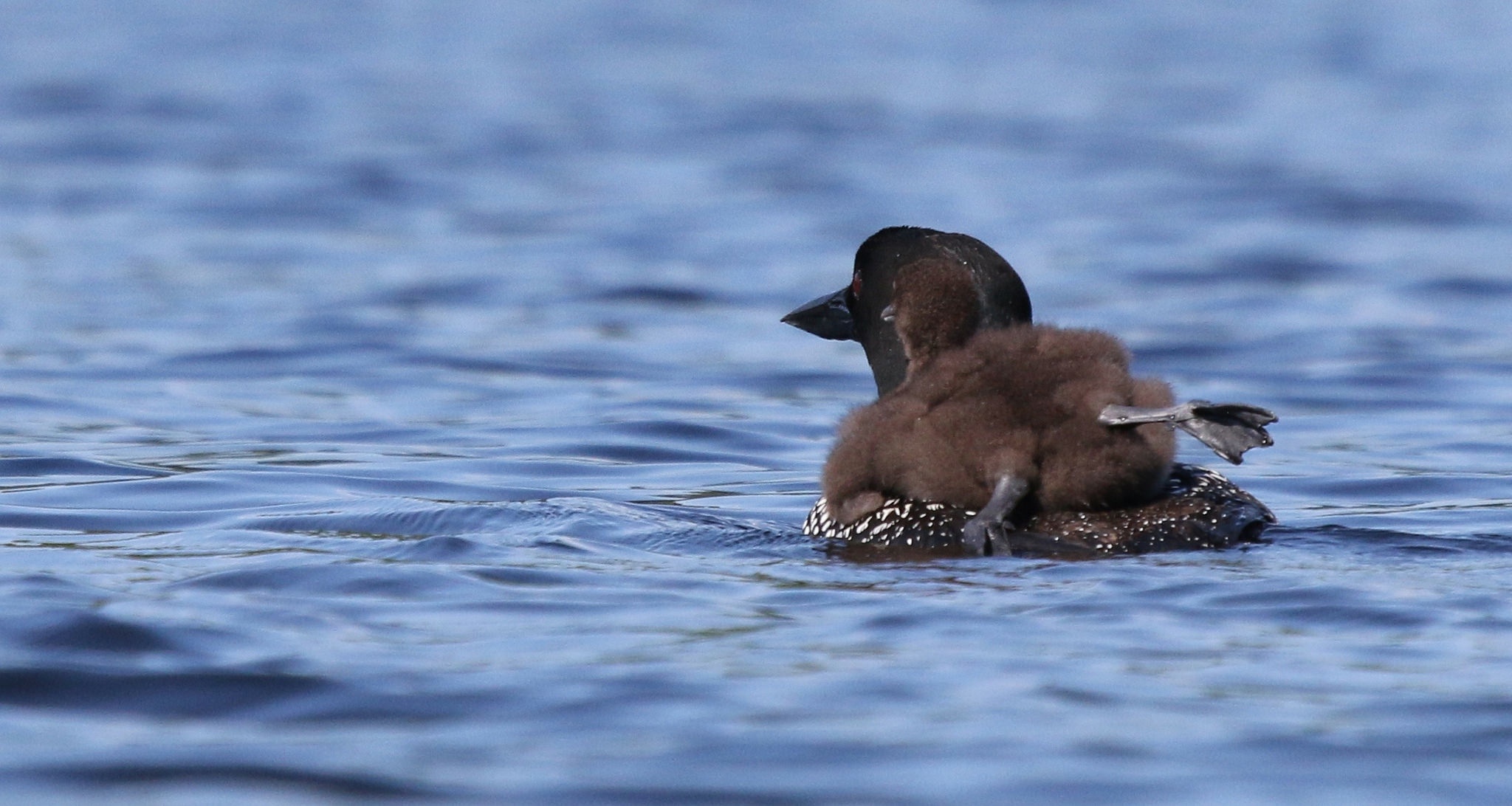 The highlight was watching one of the babies climb onto its parent’s back, and settle in. Toooo cute! 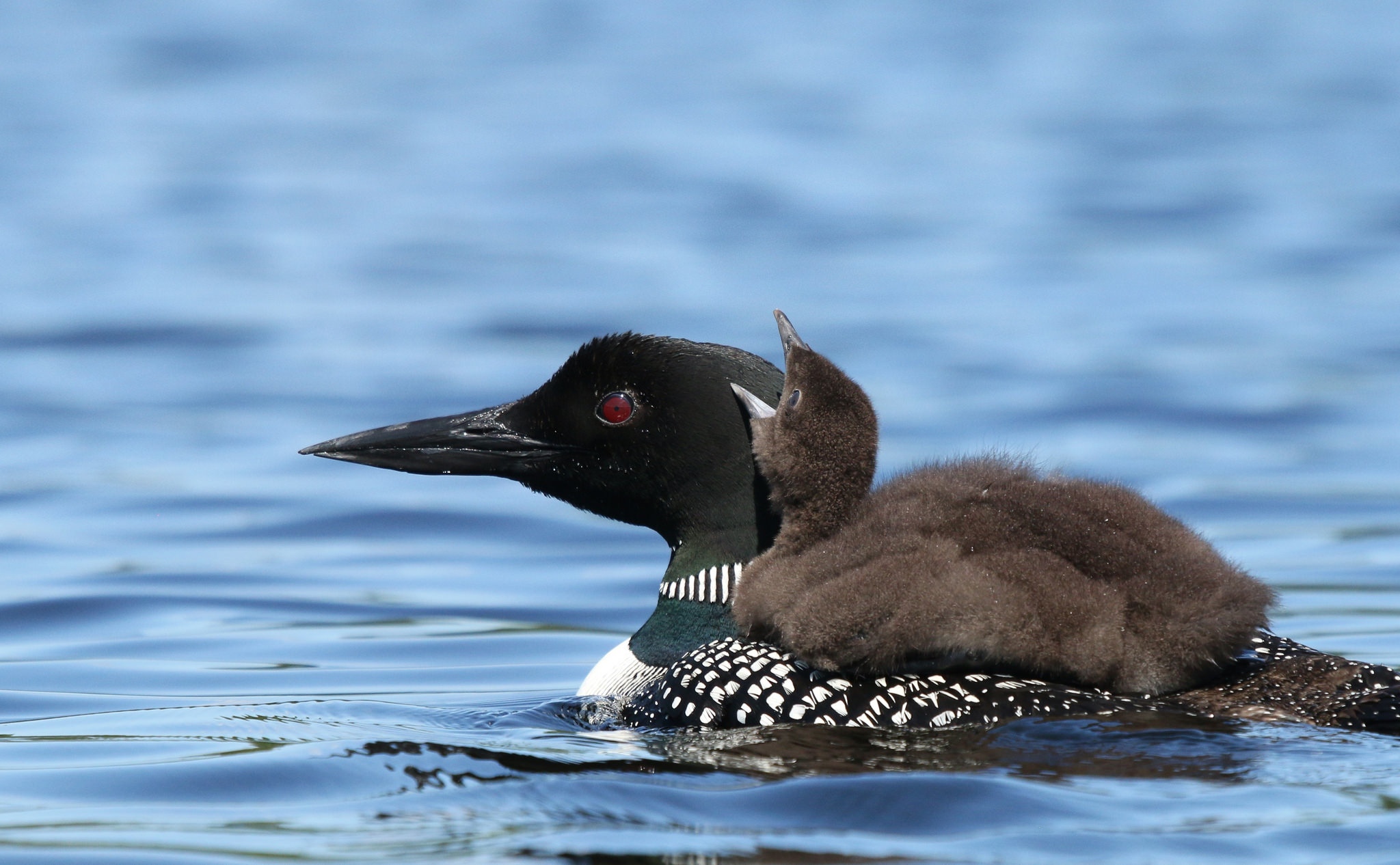 Thanks for visiting my blog- I am just beyond excited after having spent time watching these beautiful birds from the bottom of our canoe.