Baby Hummingbirds in the Garden

Baby Hummingbirds are feisty little creatures.   This is the best time of year to see them in my garden.   Why?   Their parents are gone.  Migrating south already.   The kids now have the garden all to themselves. 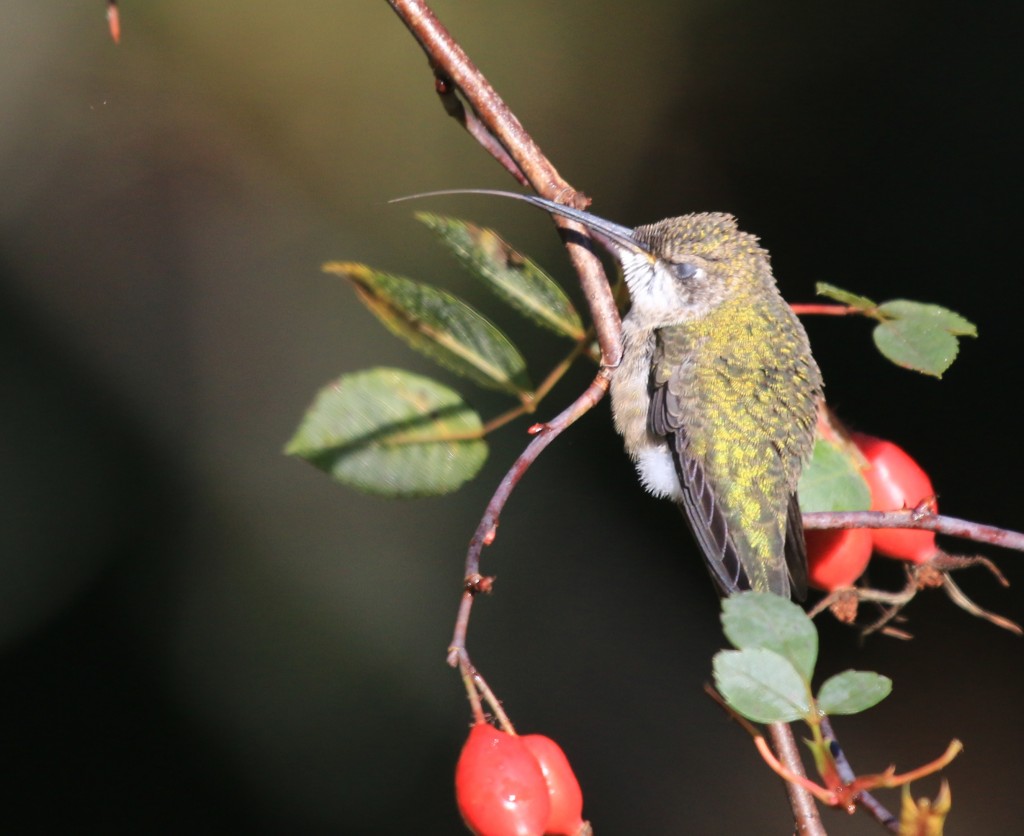 Ruby-Throated Hummingbirds (The only species of hummingbird in Eastern North America) are fiercely territorial.  The parents, especially the male, will dive bomb and chase the babies all over the garden, driving them away. 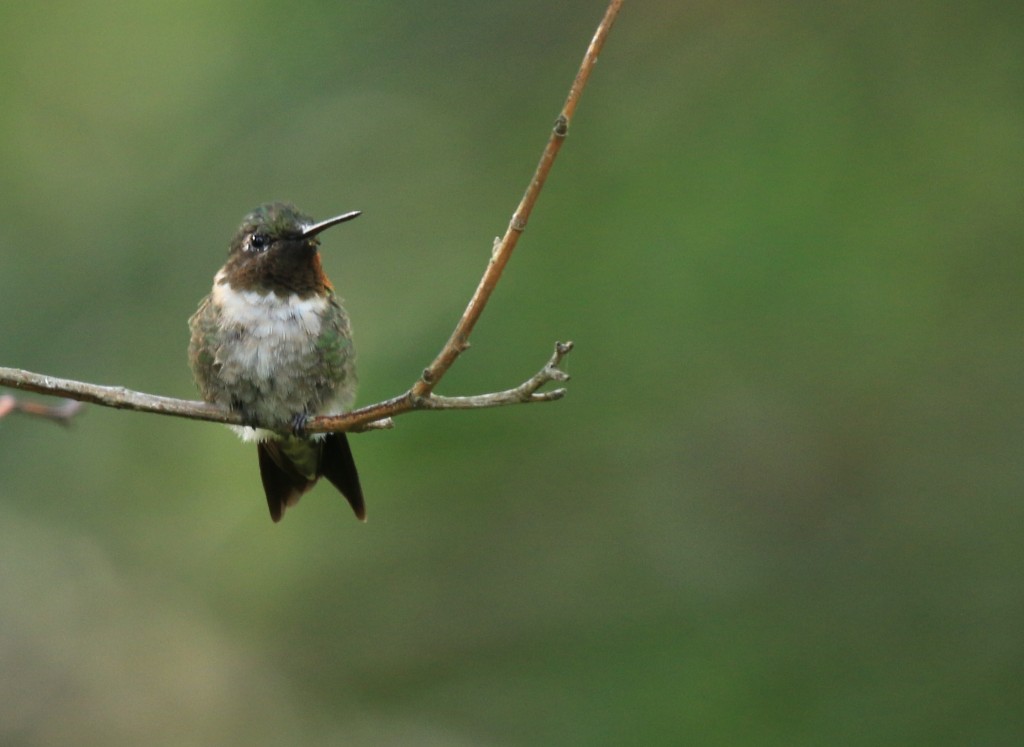 Here’s the male guarding his territory.  He sat on the same three or four sticks all summer long in between feeding, just watching out below.  He attacked anything that went into it, including his wife and kids. 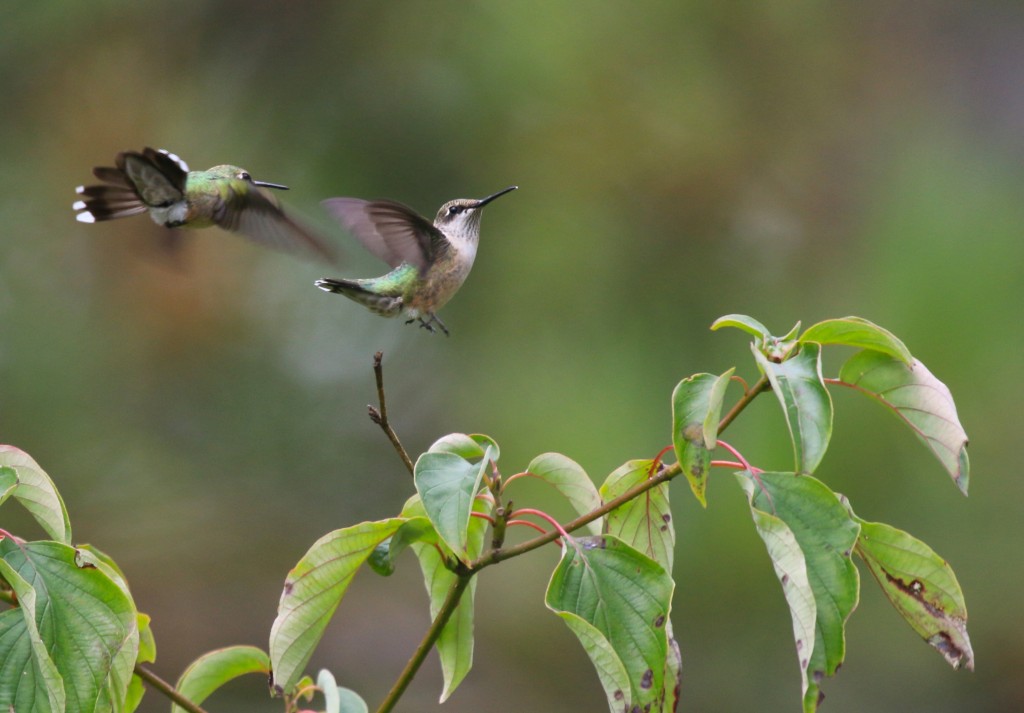 Get out of Here! 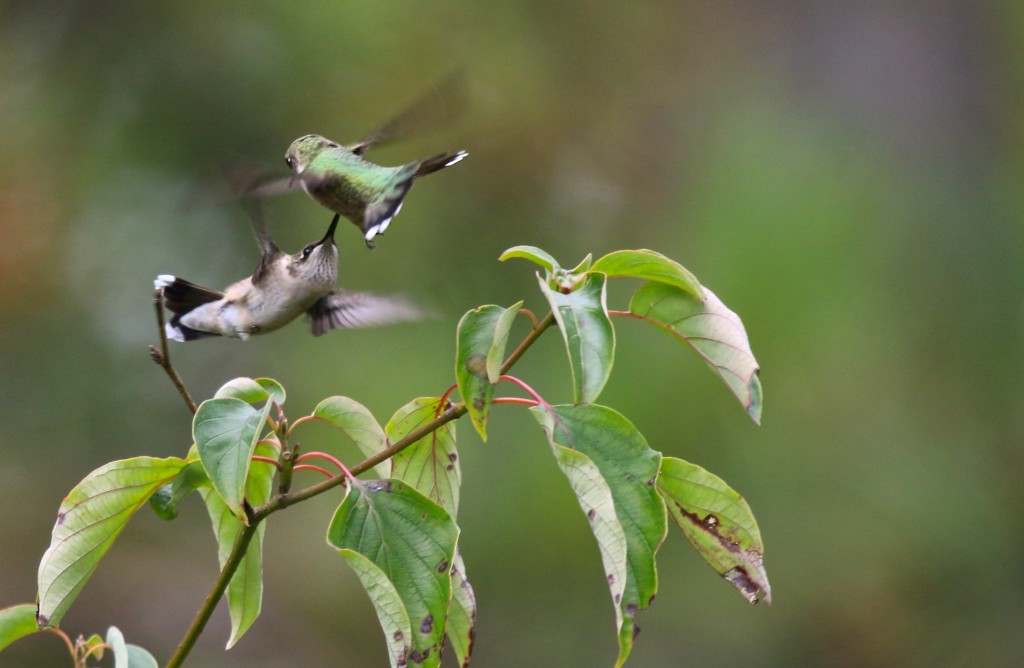 So, now the parents are gone, and the kids can hang out and grow up without being hassled. Well, except by each other! 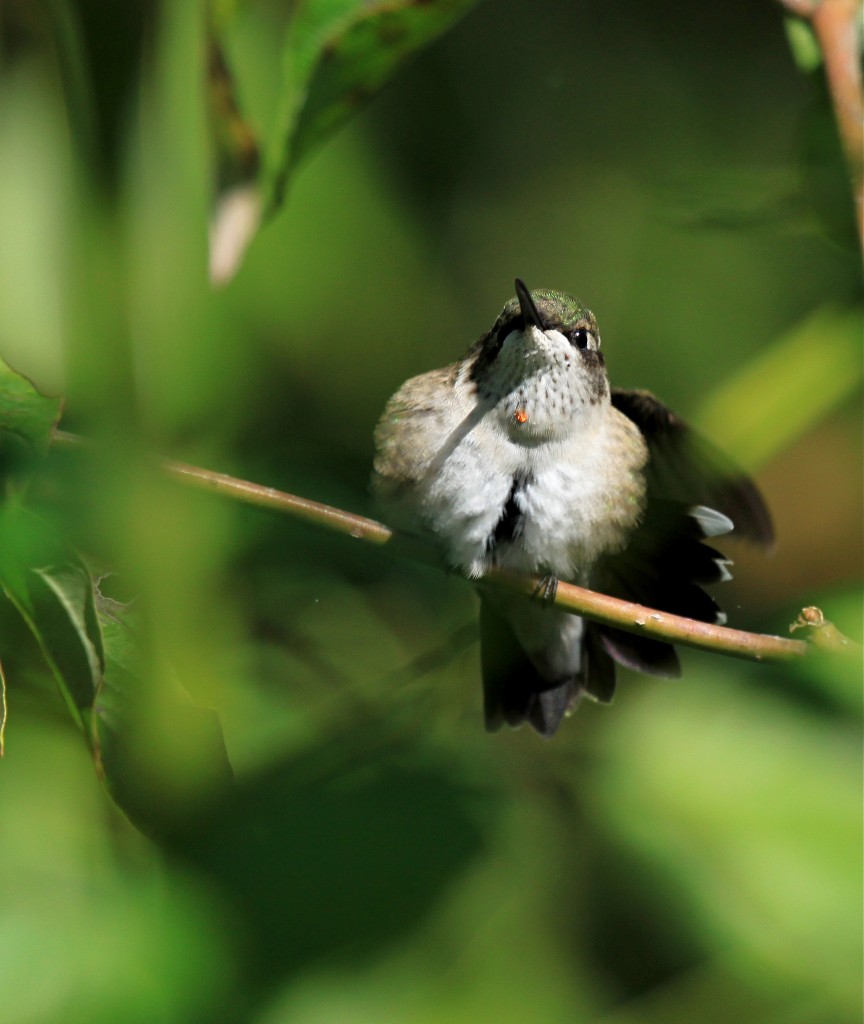 A Little Bit of Red

You can see the young male bird is starting to develop the distinctive red feathers on his neck.   In the photo above he is puffed up, displaying his red feathers the best he can. 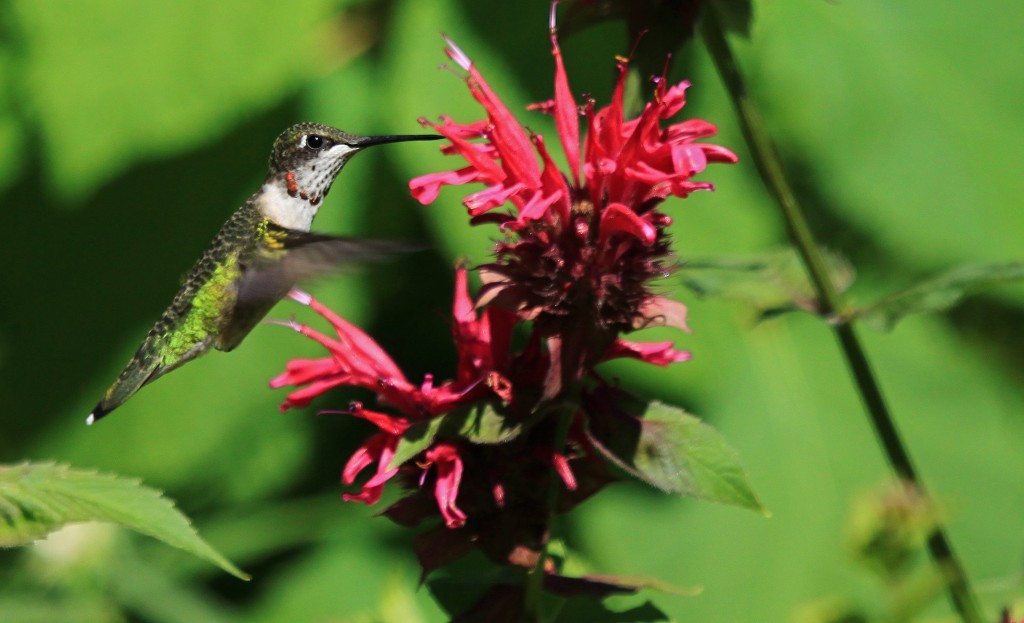 In just a week more and more red feathers develop around his neck. 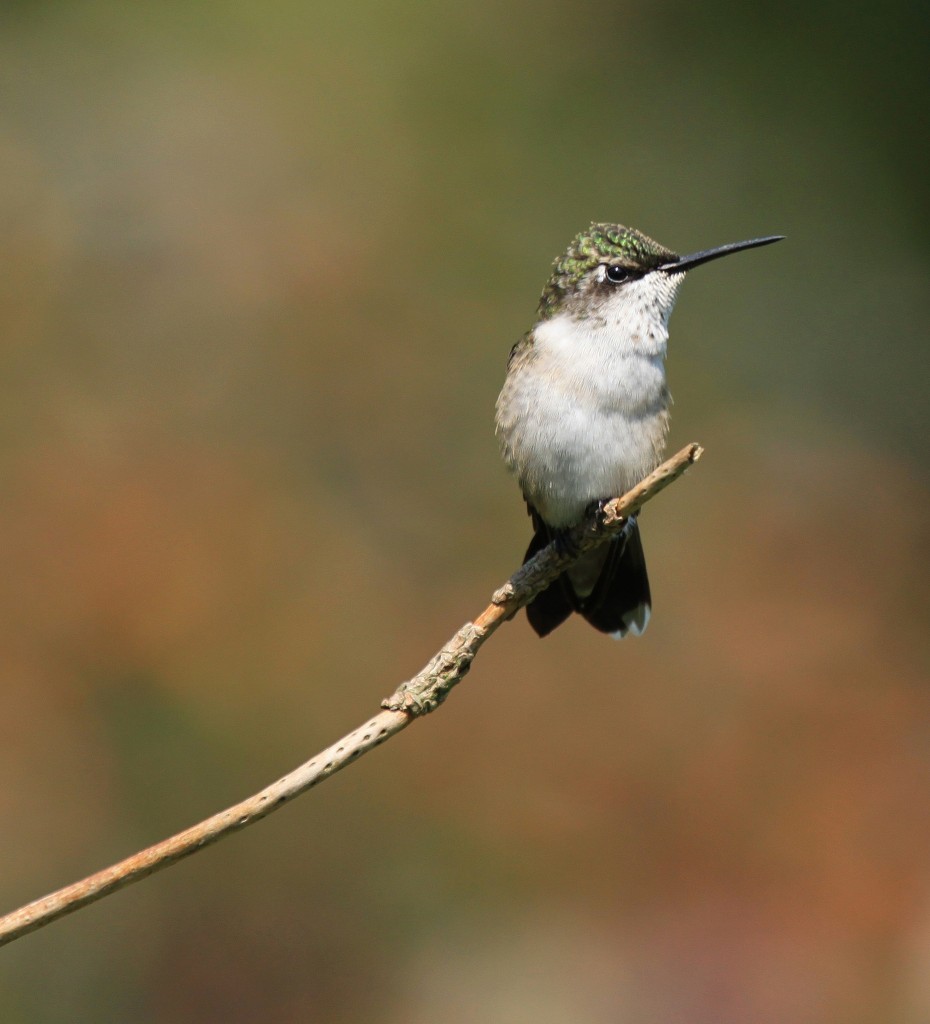 So, you want to attract hummingbirds to your garden?   It’s pretty easy.

Early in the summer you can put out a sugar water feeder.  Use a 1/4 ratio of sugar to water, boil the mixture, and put into the feeder.   Be sure to change the food at least once a week. 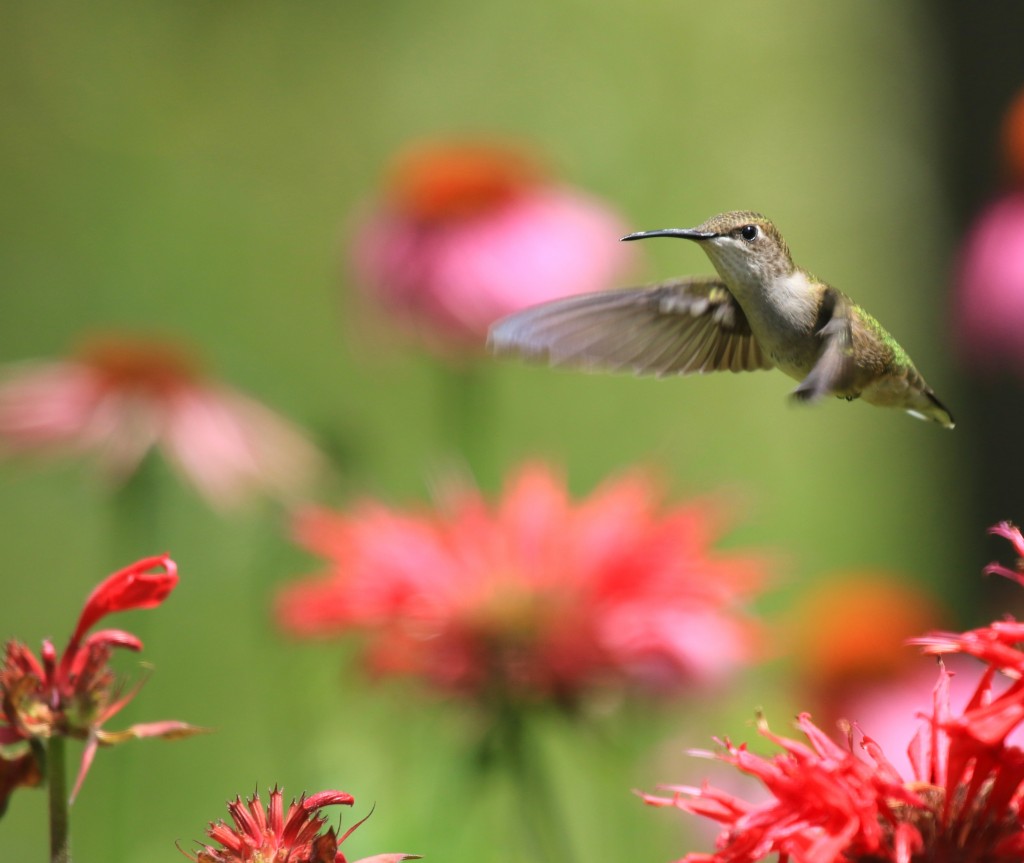 Plant some red flowers.   The very best one is bee balm (monarda).  It is a magnet for hummers. After this flower blooms in early July, I do not even bother with the sugar water feeder anymore- the hummingbirds are addicted to the bee balm. 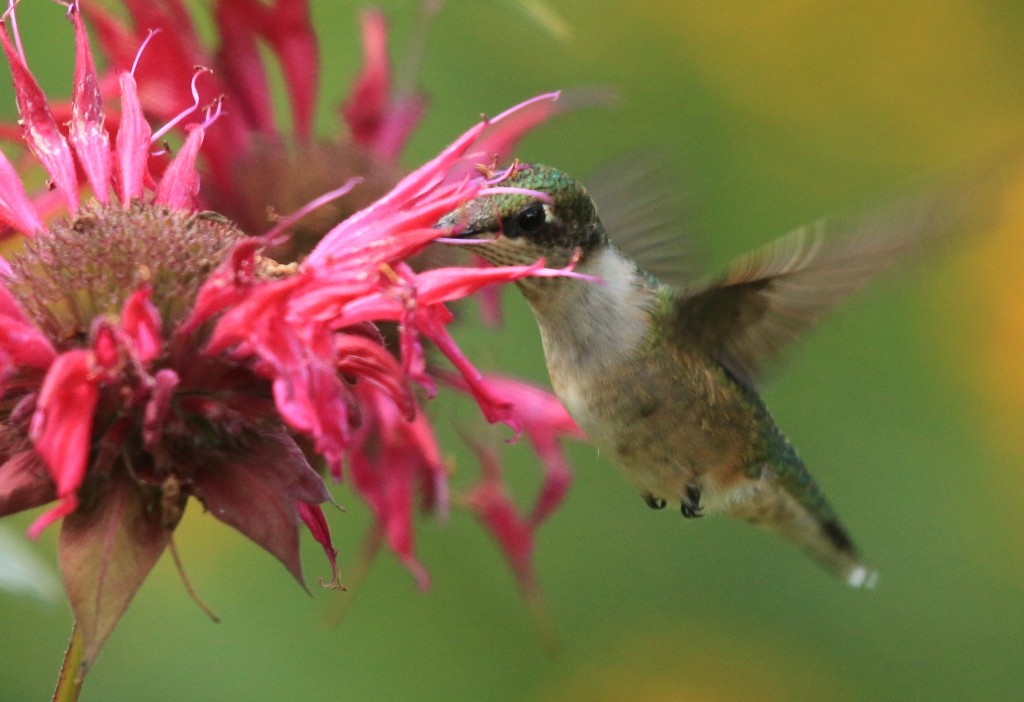 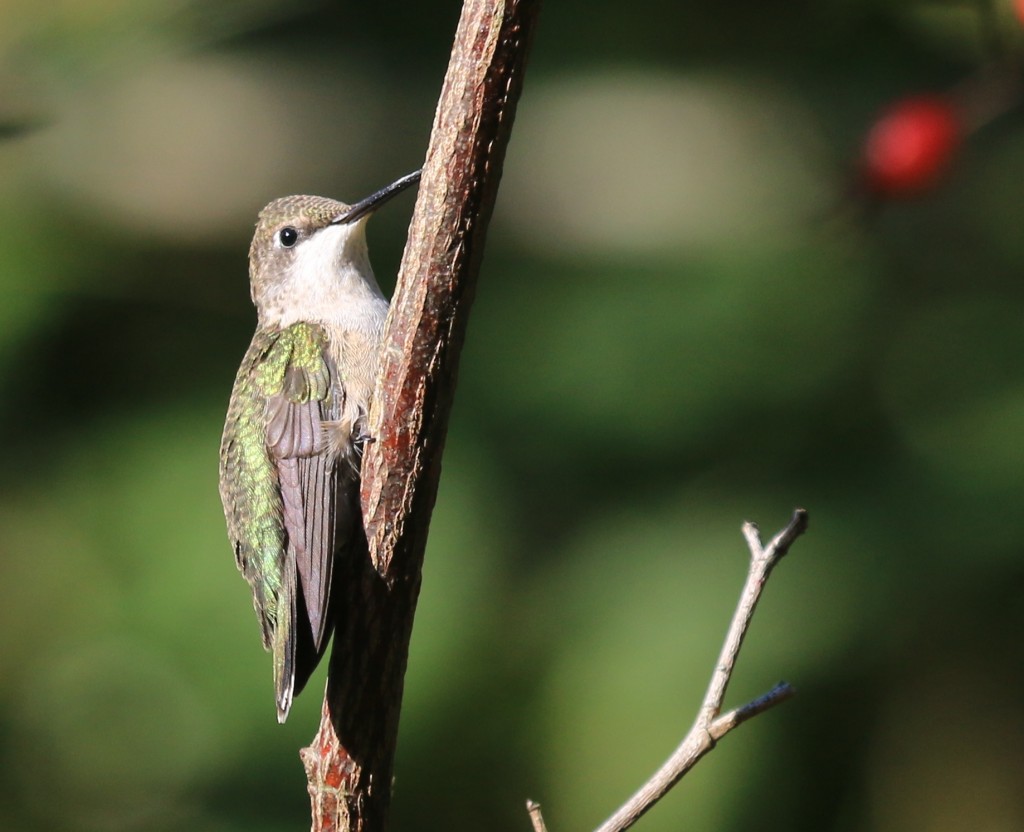 A third thing to do is to push some sticks into the ground, or tolerate some bare patches in your shrubs.   Hummingbirds love to sit on an open perch, and survey their surroundings. 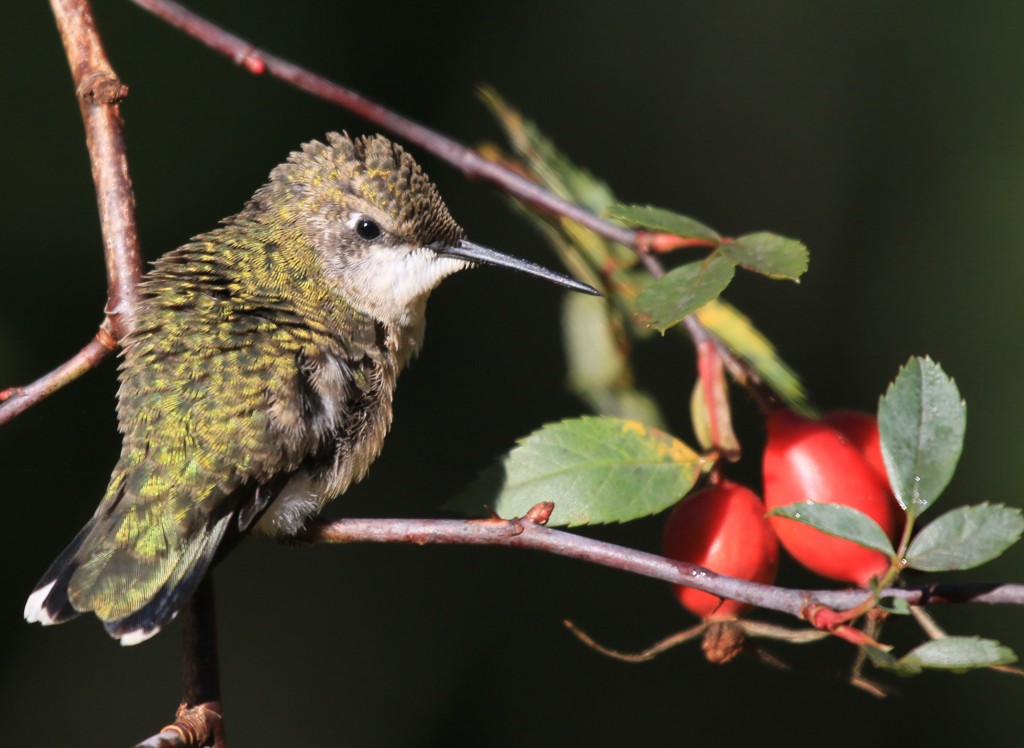 You never know, you might end up with one watching you!

For more information on hummingbirds, visit: