The Secret Lives of Ambush Bugs 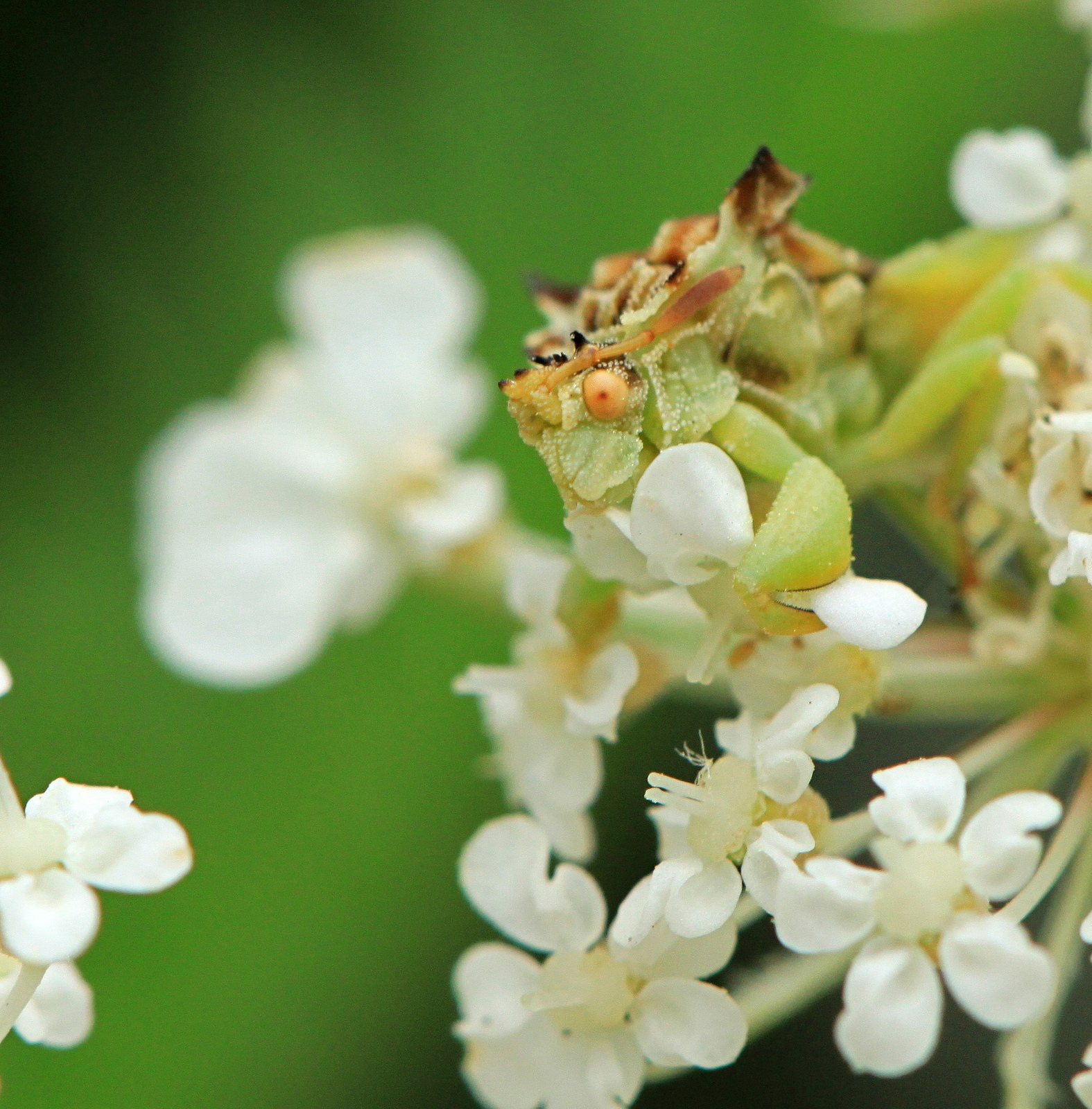 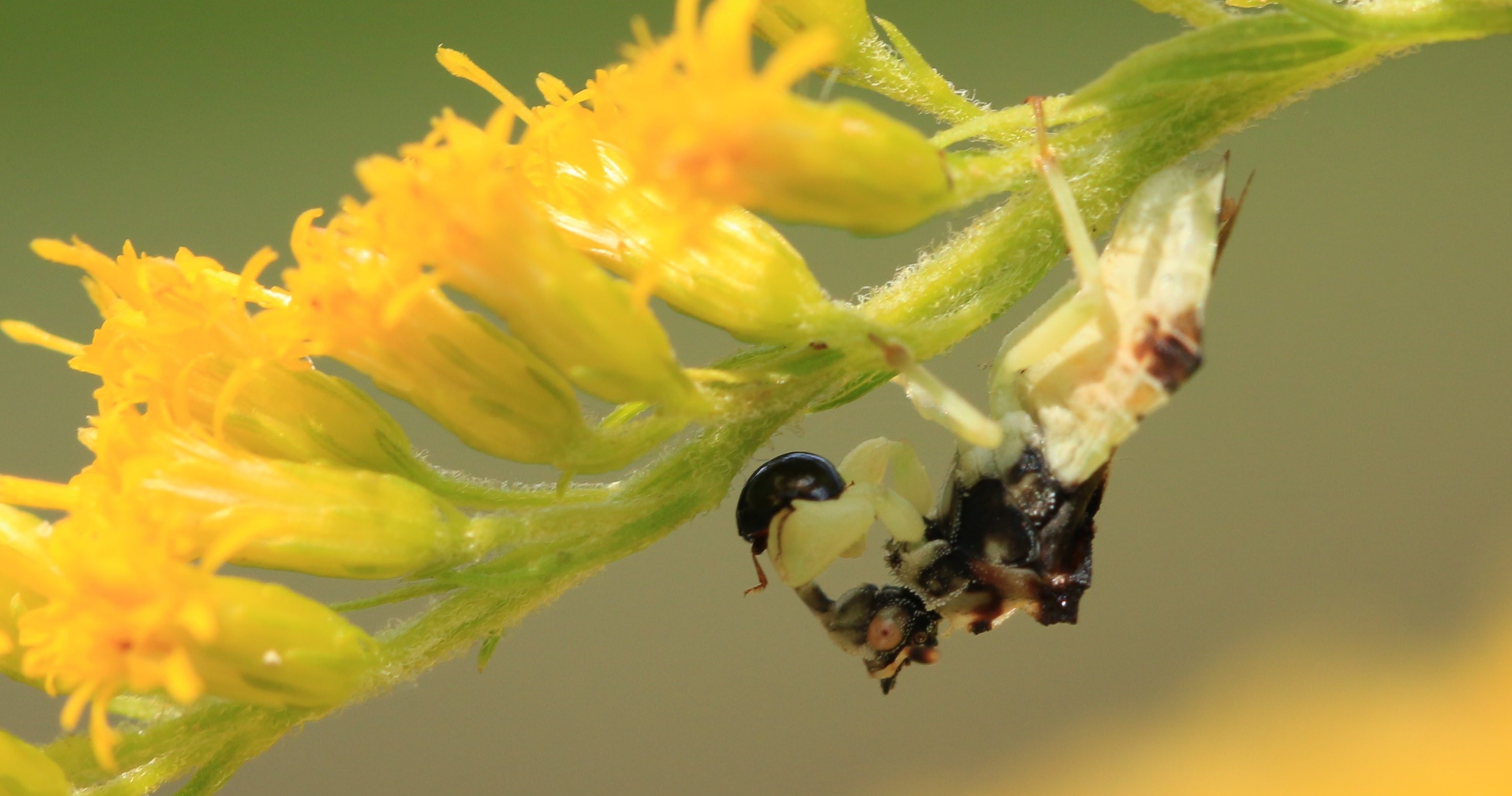 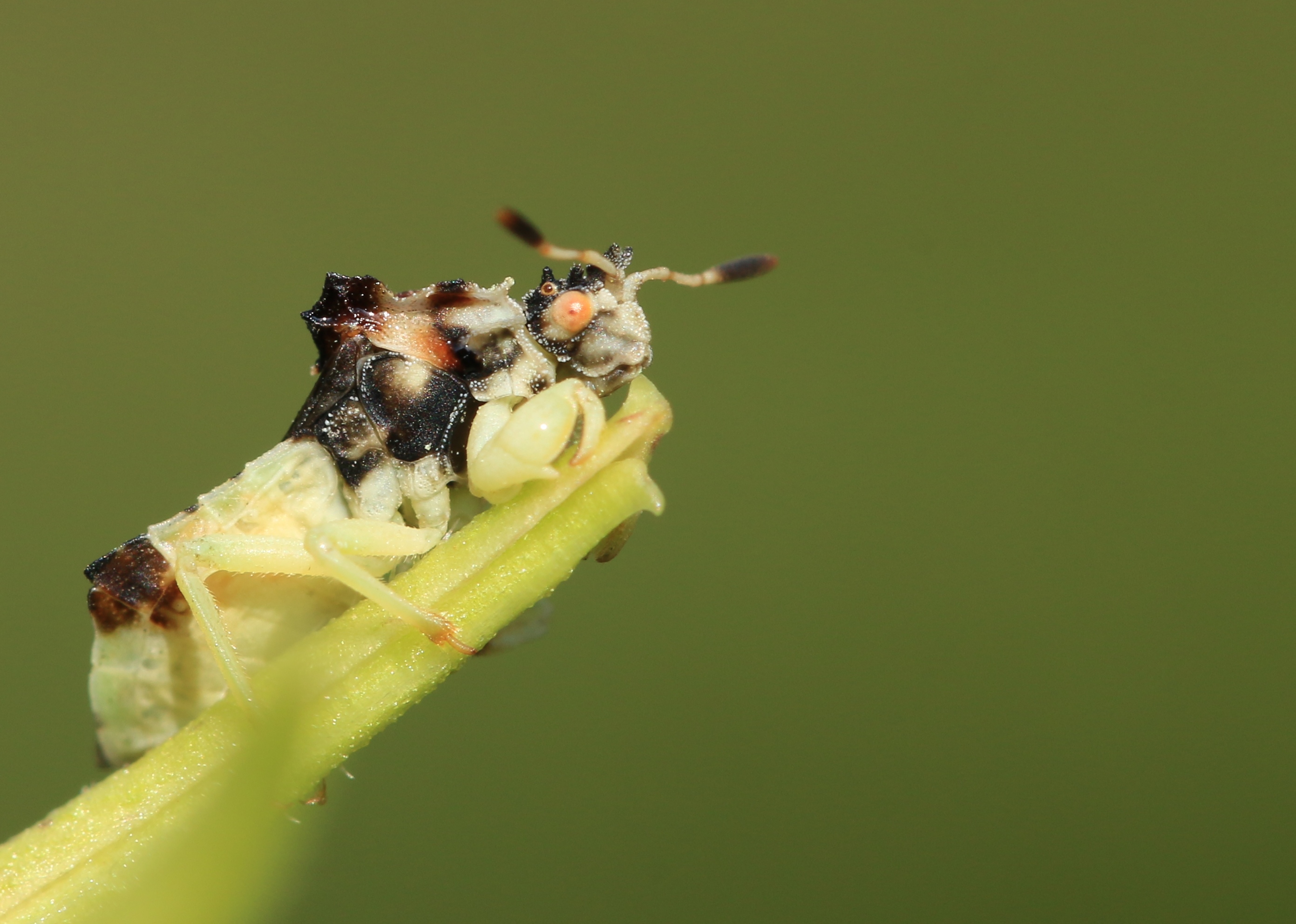 Ambush bugs are tiny insects with world-class camouflage.   They are out there right now- in fields, gardens, and on roadsides.  They hide on goldenrod, yarrow, daisies, and other common flowers.    But most people have never seen one. 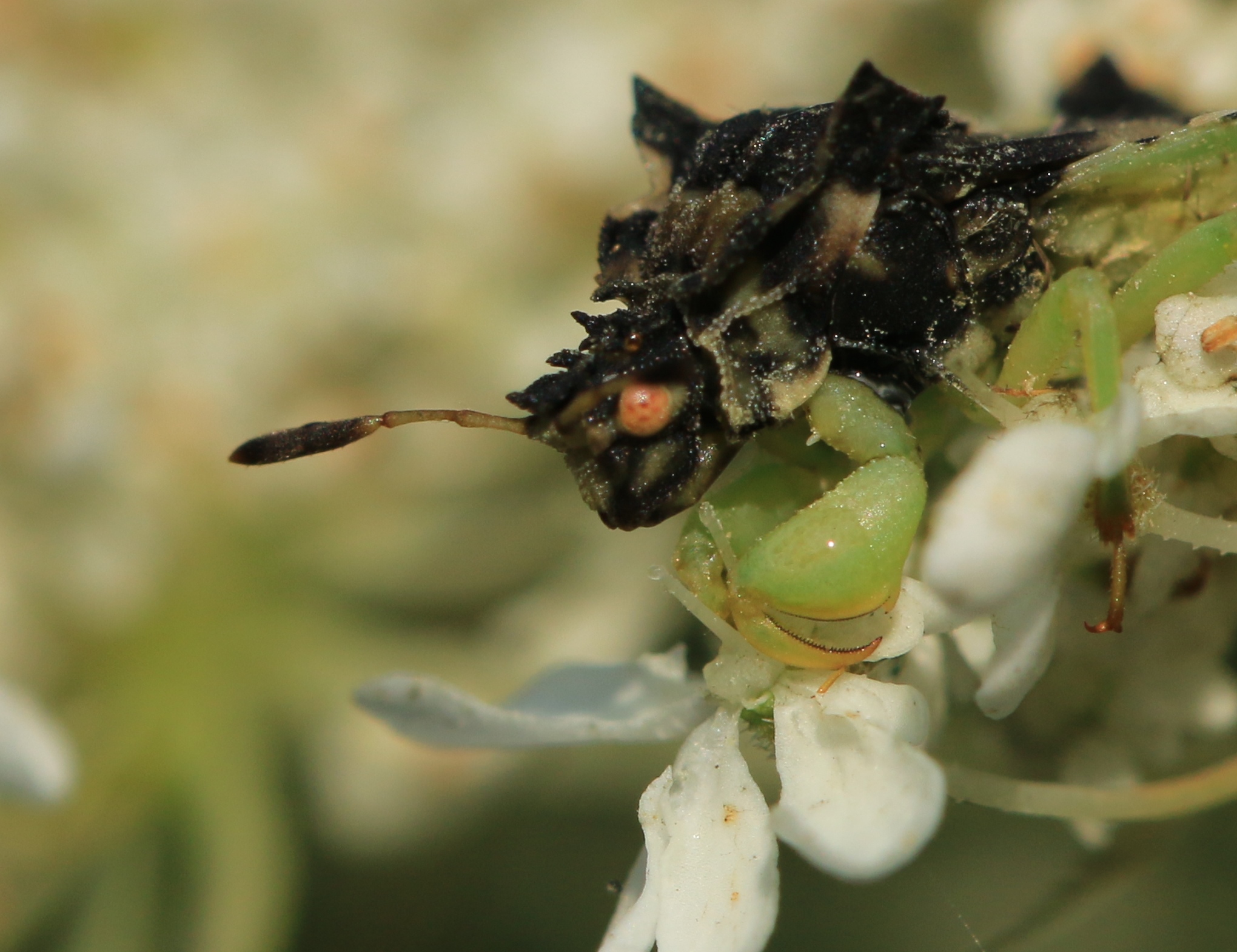 They remain hidden, and motionless, in order to capture unsuspecting prey.

You may come across a flower that looks like it is sprouting an insect corpse, such as a dead bee or fly.  Chances are, upon closer inspection, you may find there will be a superbly camouflaged ambush bug attached to the dead insect, eating it. Ambush bugs can capture insects up to 10 times their size, with their lightning speed, and teeth like structures on their front legs that grasp and hold their prey. 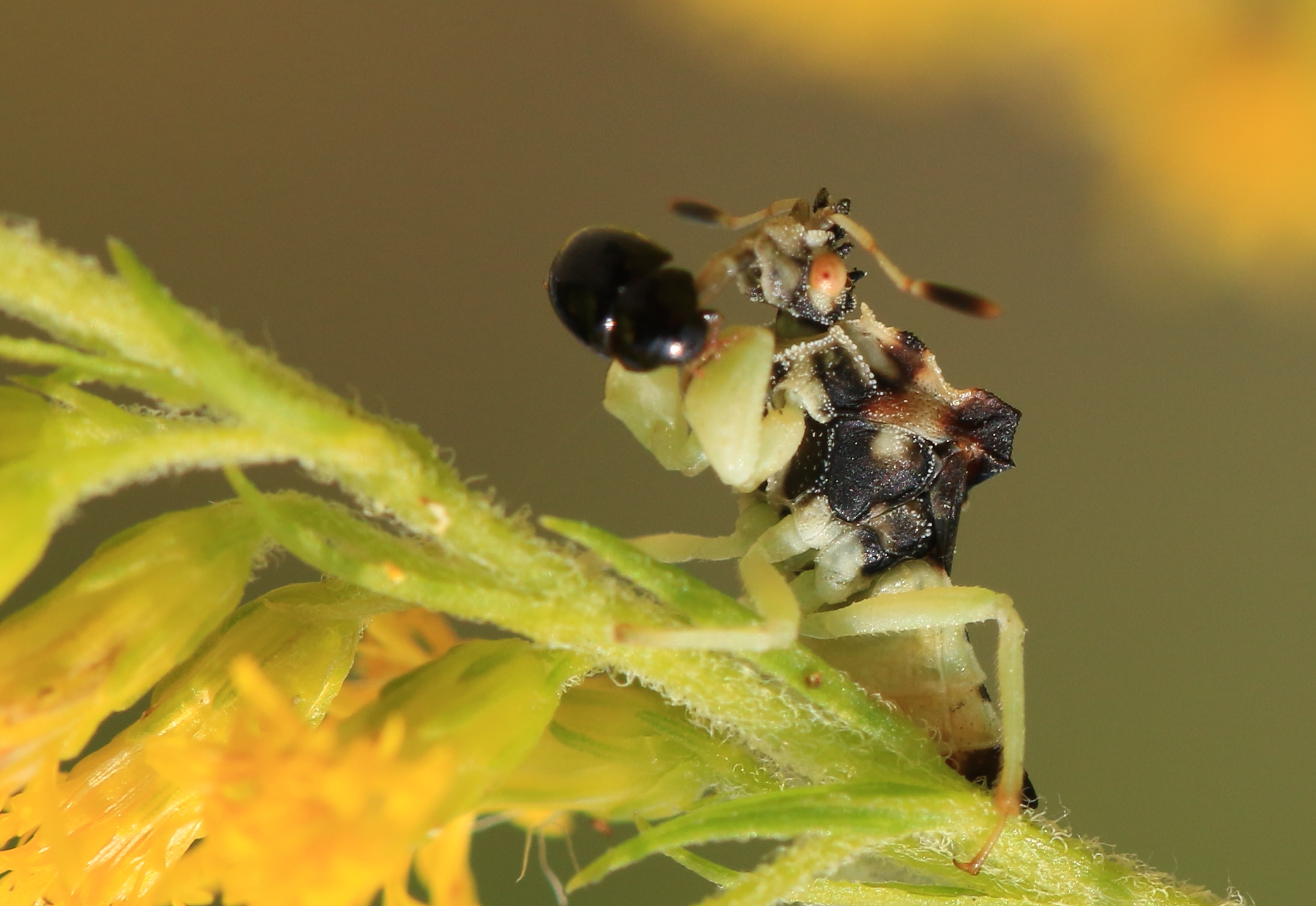 The next step is kind of unpleasant . Holding its victim with its pincer like front legs, the ambush bug inserts its short beak, and inserts digestive juices that liquify its victim.

It then sucks out the bodily fluids.

Even though the ambush bug is small (usually less than 12 millimetres, or 0.5 inch), its prey may be as large as a bumblebee, wasp, or butterfly.  Here it is in the middle of eating a shining plant beetle on some goldenrod. 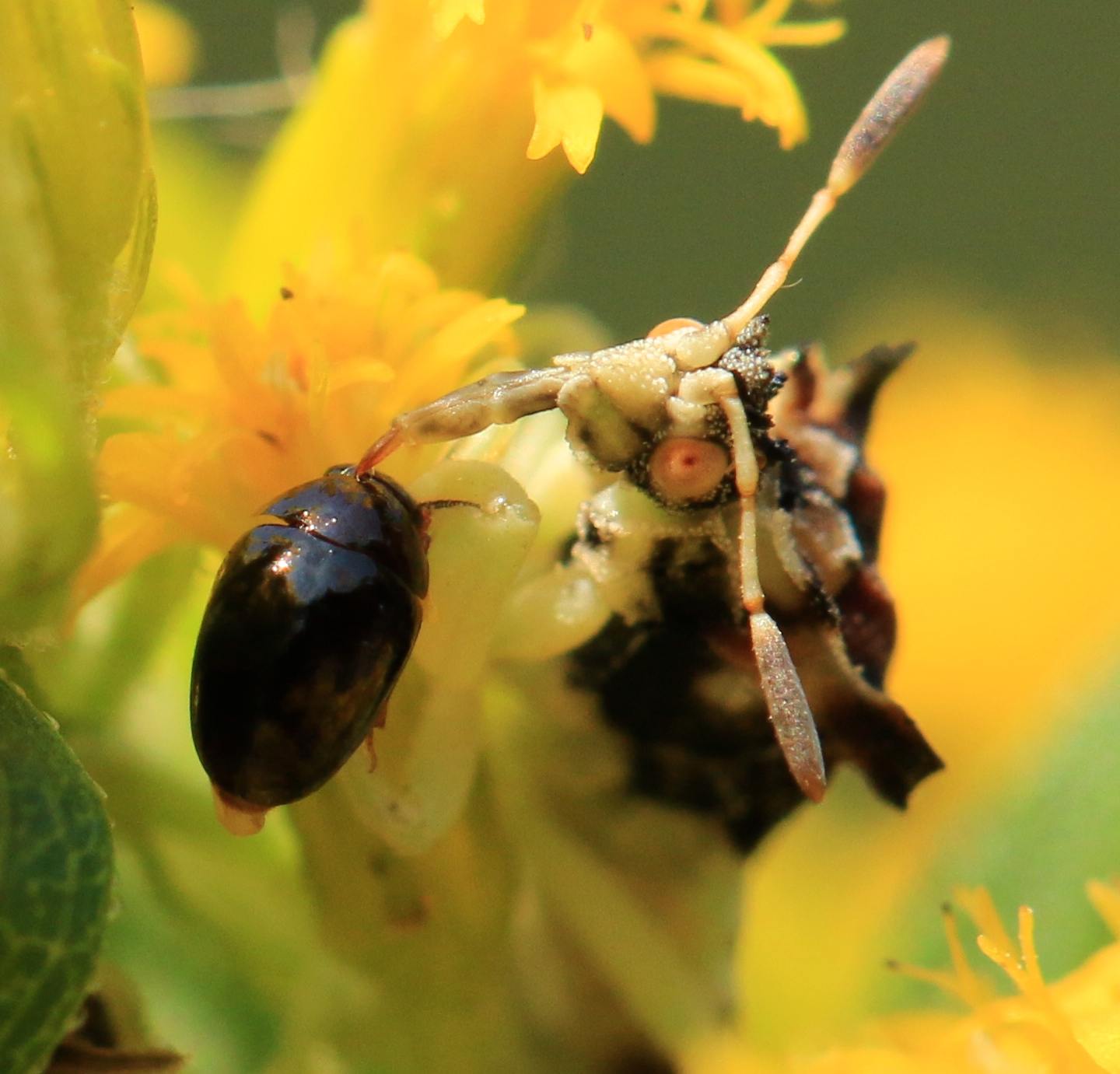 Very unpleasant indeed.   Here’s a pretty pink photo of an ambush bug on a coneflower to help us forget all that nastiness. 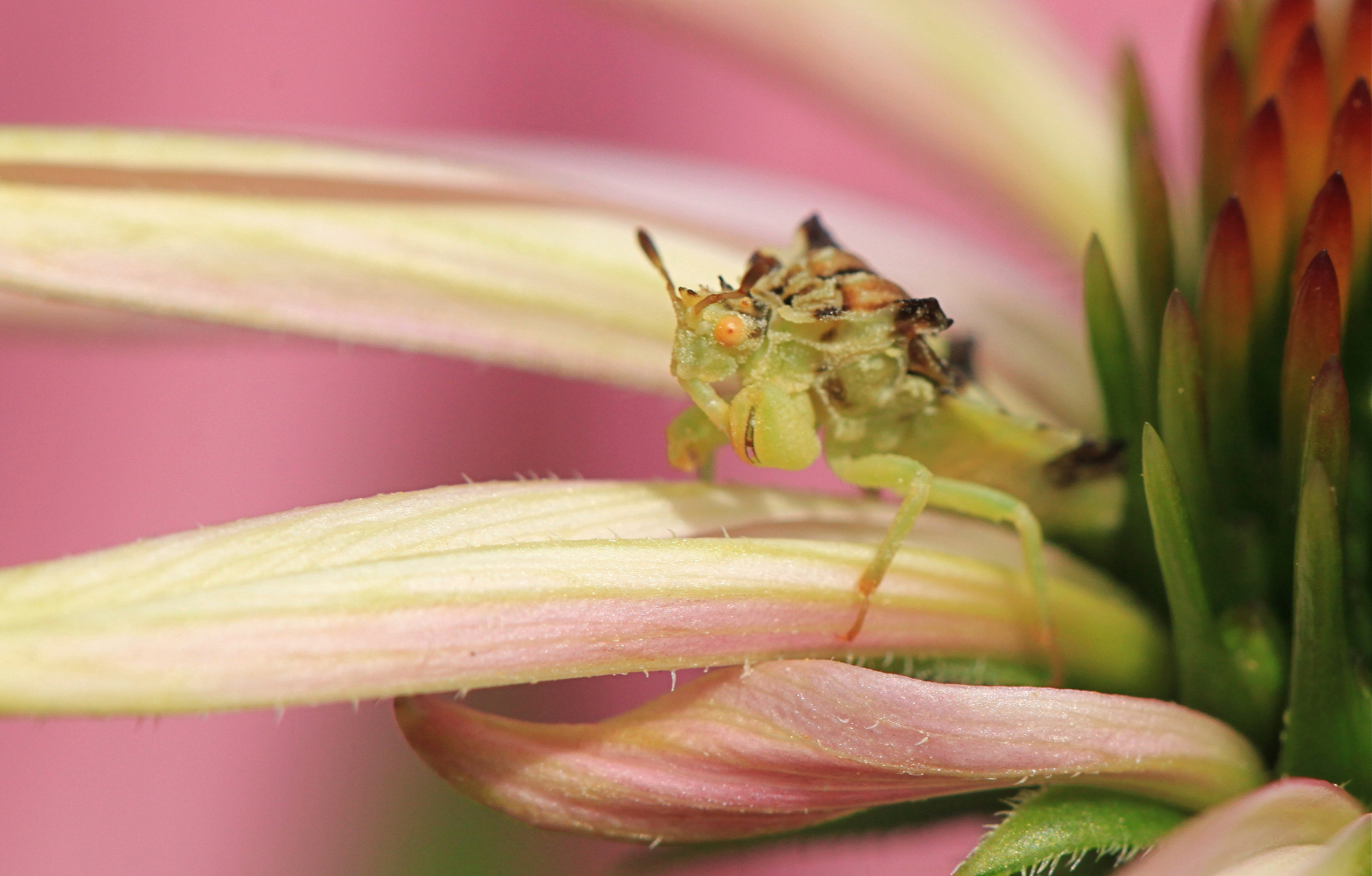 Ambush bugs are amazing little creatures.  Awe inspiring, in fact.  Impressively, they have been the inspiration for a comic book character.   Apparently he is insane. 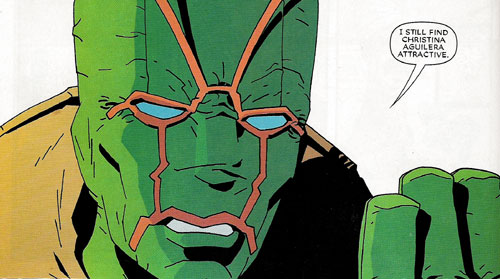 Ambush bugs have even been the muse for poetry!

A couple of years ago I happened upon a poem that was written about ambush bugs, by a physician named John Flannery   Here is an excerpt.    Brilliant.

Ode to an Ambush Bug    by John Flannery

Looks just like a flower,
Hasn’t any scent,
Still as terracotta,
Void of sentiment. 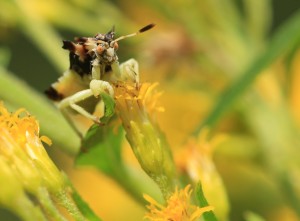 Patience is her virtue
Lurking is her game,
Stillness is her motto,
To eat you is her aim.

She wears an armored mantle,
Upon her dainty head,
With hands like lobster claws,
She holds you till you’re dead.

Hasn’t any smile,
Her only tooth’s a fang
She fills you with digestive juice,
And drinks you all the same. 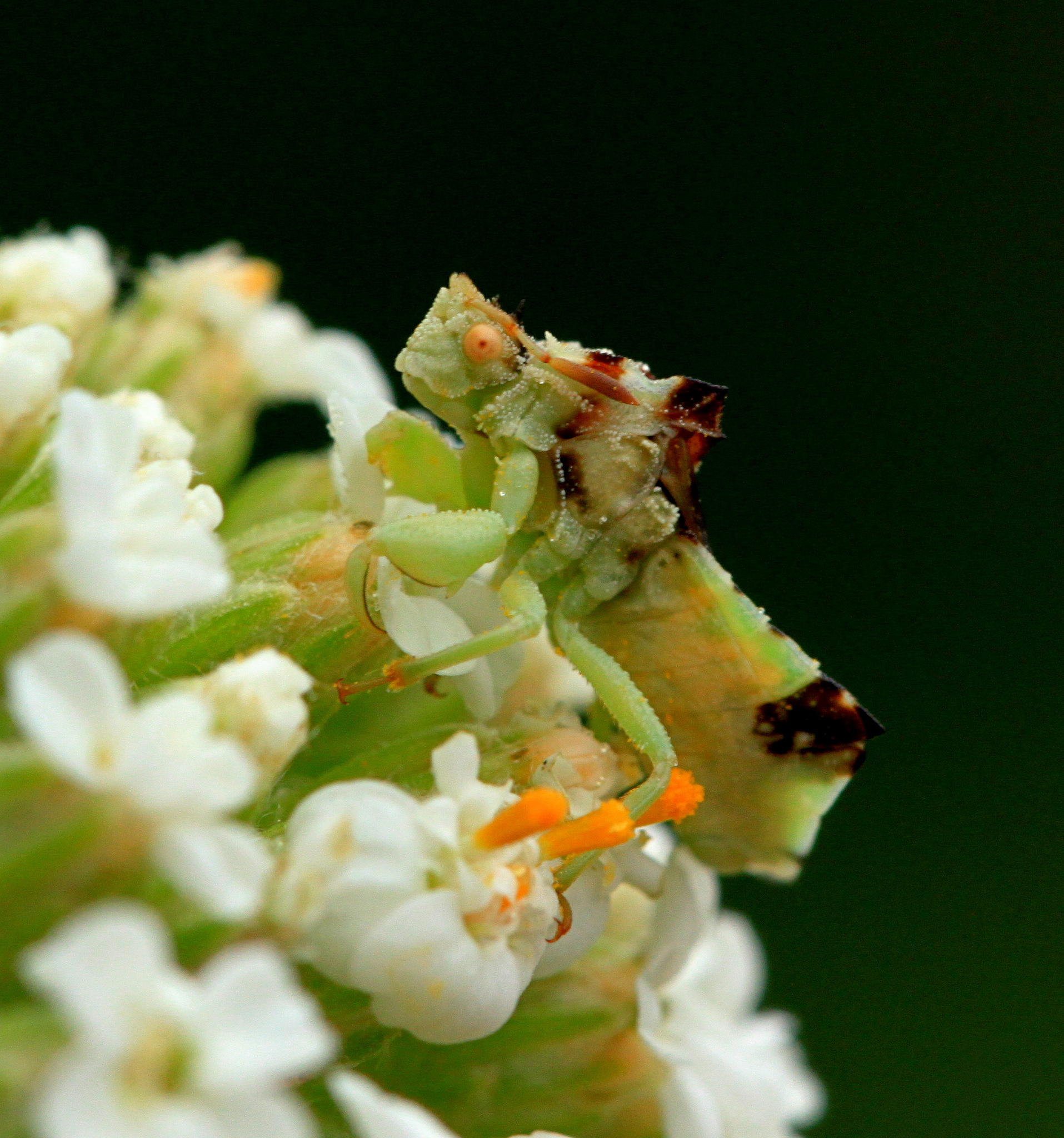 Well, on that note I will leave you to ponder.    Hope you don’t have any bad dreams.

Next blog will be about something cute and fluffy, I promise.