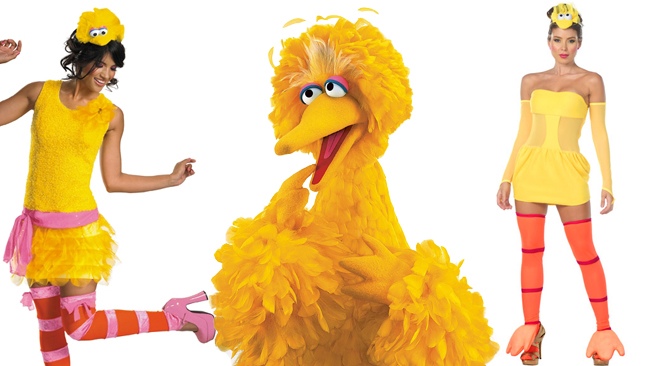 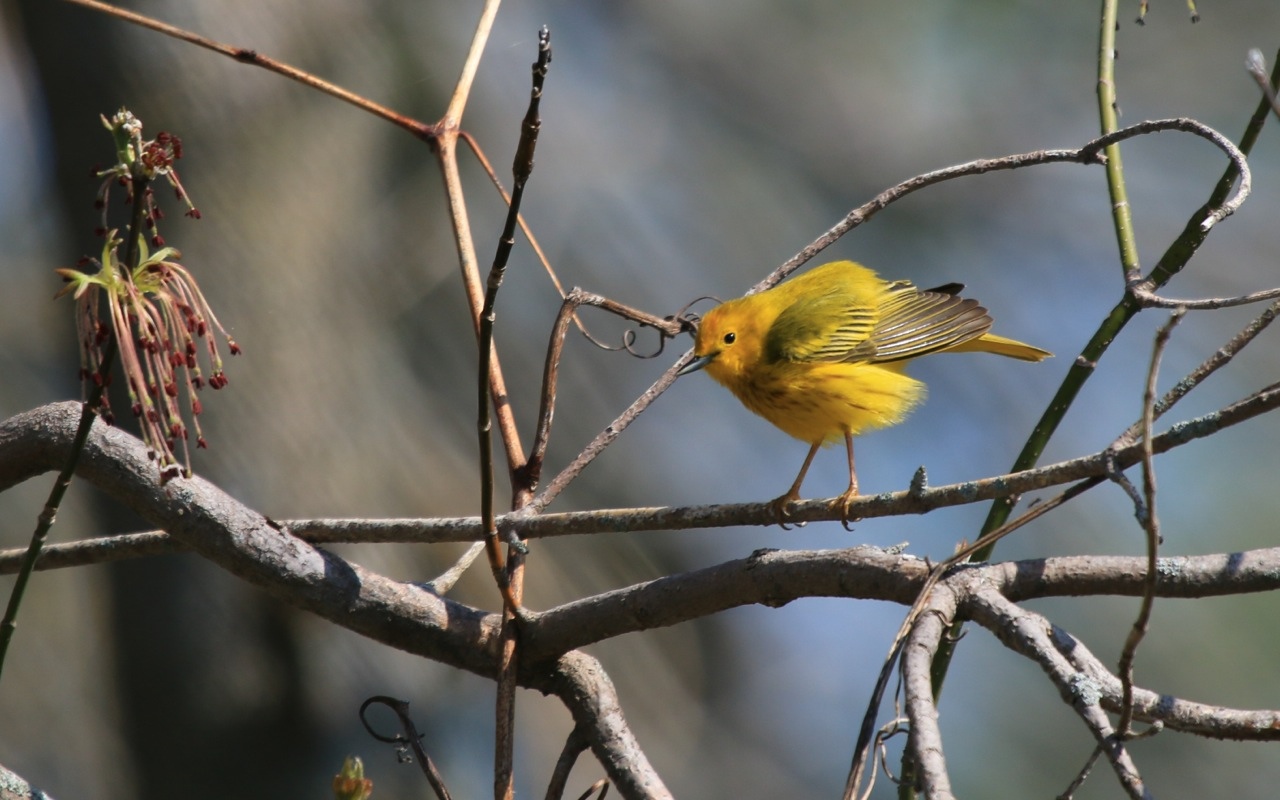 A Big Day is when you go out searching all day long and try to find and record as many different species of birds as you can.  You may ask, “Why do people do this?”

I can only speak for myself.   I read that Cornell University Lab of Ornithology was having their inaugural Global Birding Big Day on May 9, where people would be birding all over the world and reporting their findings to the eBird online database. They were trying to find as many species of birds worldwide as they could.  I immediately took this on as a personal challenge.  I’ve been working really hard on my bird ID skills, especially identifying bird calls.  Bring it on! 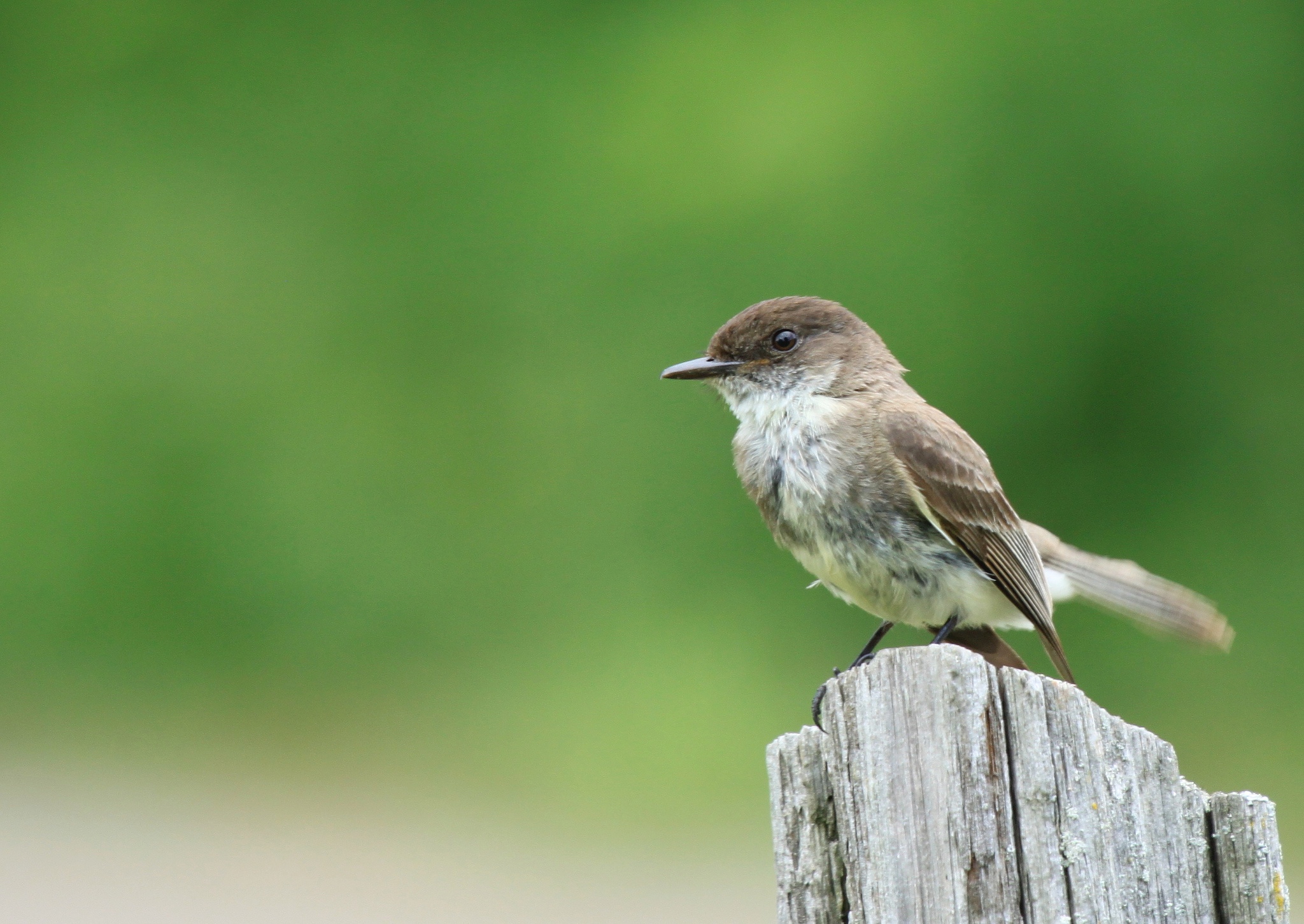 One of the first birds calling every morning- the Eastern Phoebe. “Feebee, Feebee”

So, last Saturday, May 9,  I was up by 0400 to start my marathon quest for birds. My faithful dog Walter helped me for the first part of the day: a pre-dawn walk down our road.  A lot of birding has to be done by ear, since birds can call before the sun comes up, or from hidden places in the woods.   You can report either seeing or hearing a bird, as long as you are positive of the ID.   I heard and identified a surprising twenty-five different kinds of birds on this dawn walk, including Wild Turkey, Ruffed Grouse, and Wood Ducks.     The woods were absolutely alive with song by about 5:30, which made me feel like I should get up early every day.   But I know I won’t.  But I should. 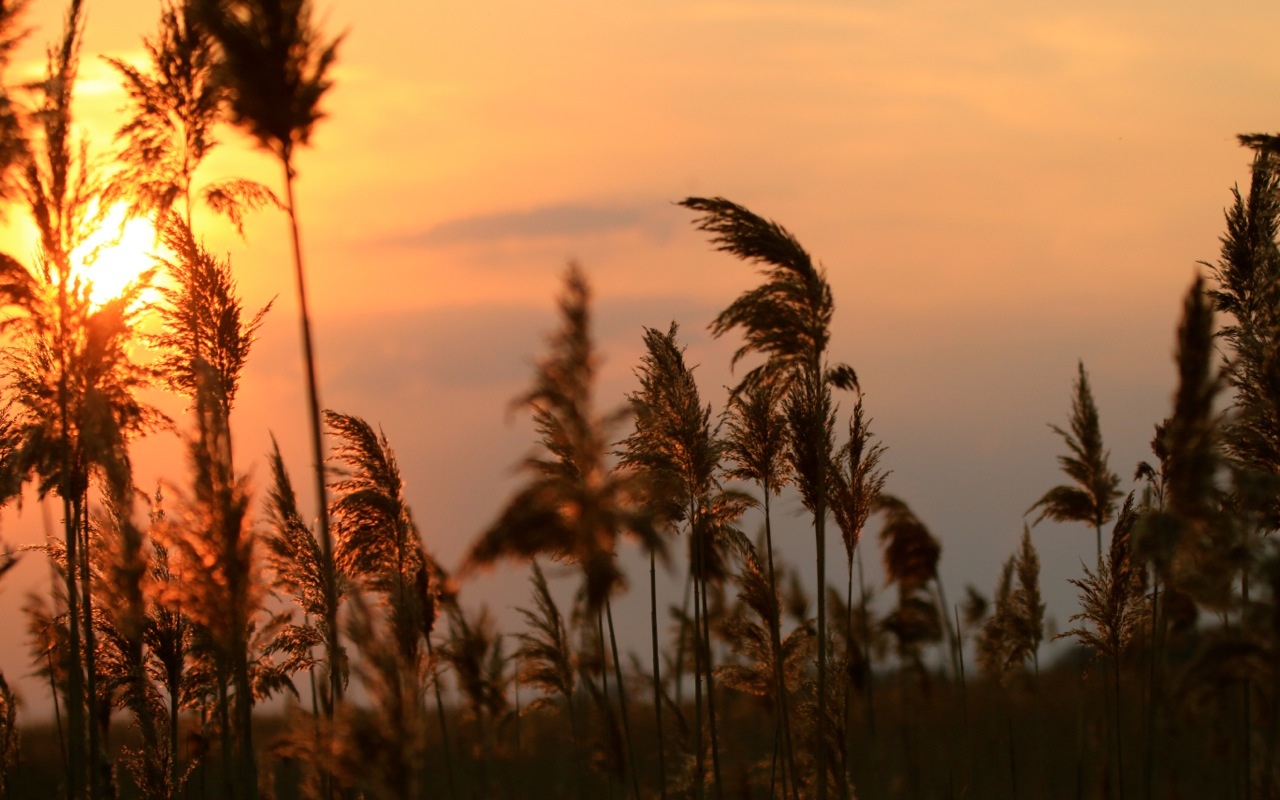 Morning at the Marsh Boardwalk

Next up: Presqu’ile Park.  Coffee and camera in hand, I set off in the car to continue my day at the Marsh Boardwalk.   As well as being treated to a spectacular sunrise, I also had the chance to see and hear many marsh birds as they started their days. 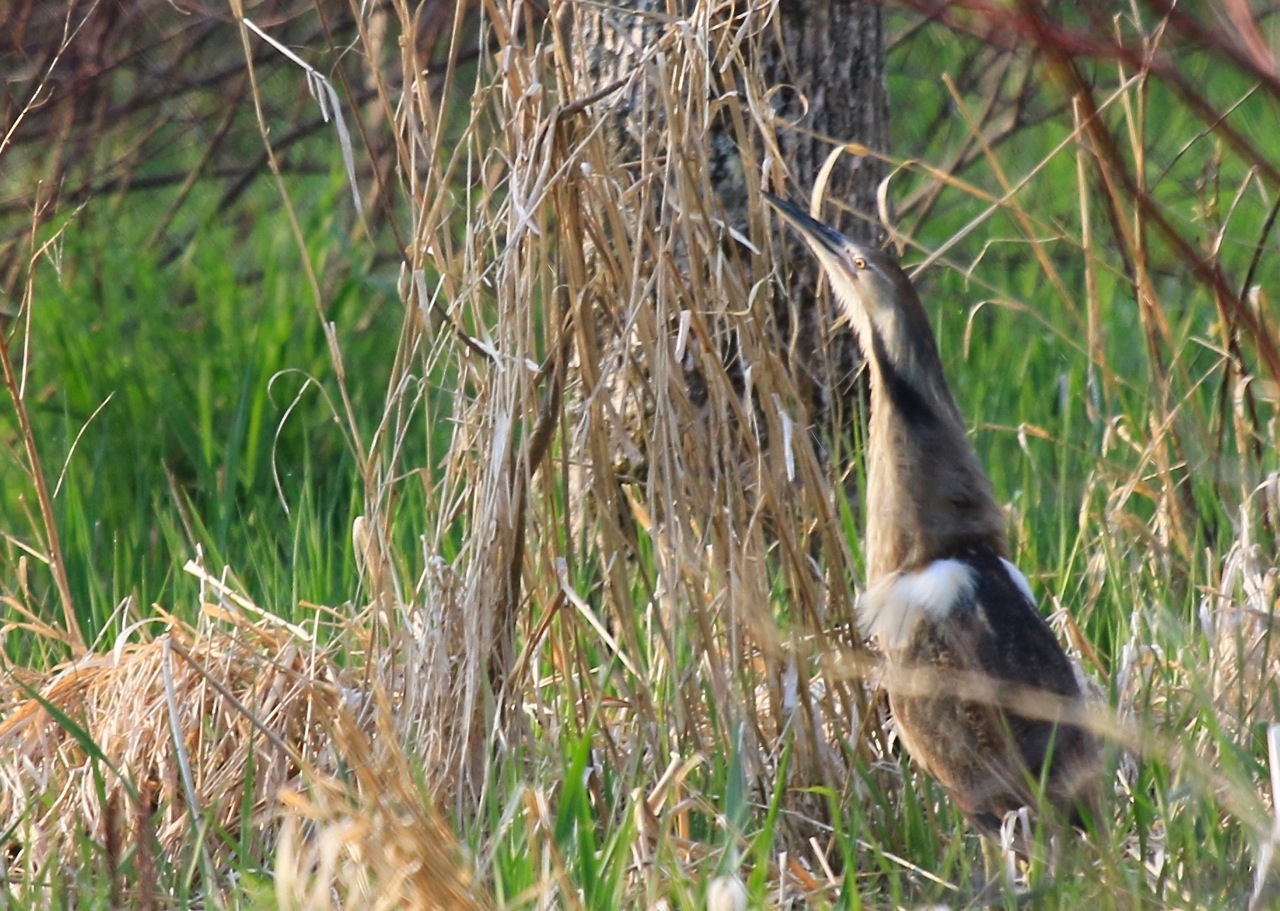 There were at least 5 American Bitterns in the marsh.  This one flew to an open area where it could actually be seen, which was a real treat.   These birds, despite their loud pumping call, are masters of camouflage and very difficult to see. 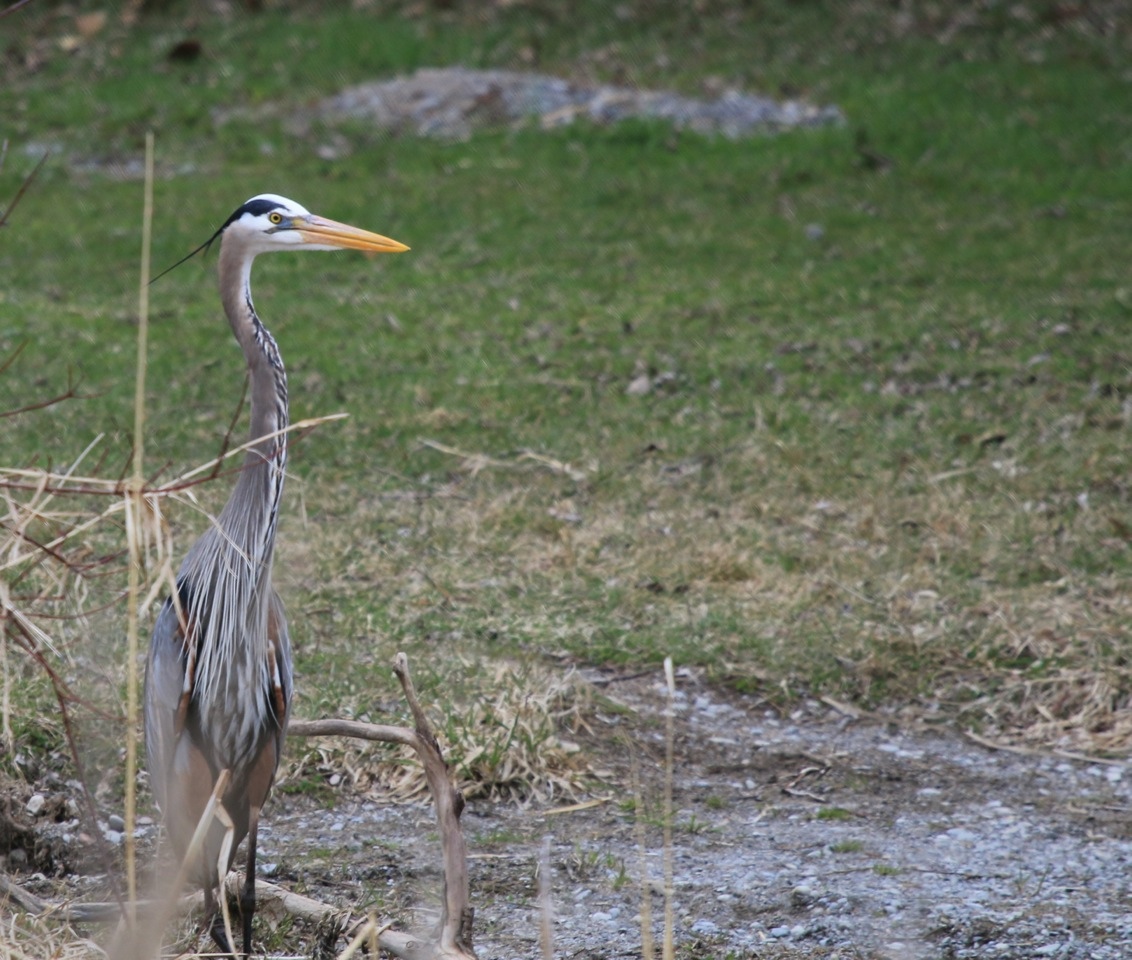 Great Blue Herons will eat anything they can poke with that pointy beak.

Great Blue Herons live at the marsh too. 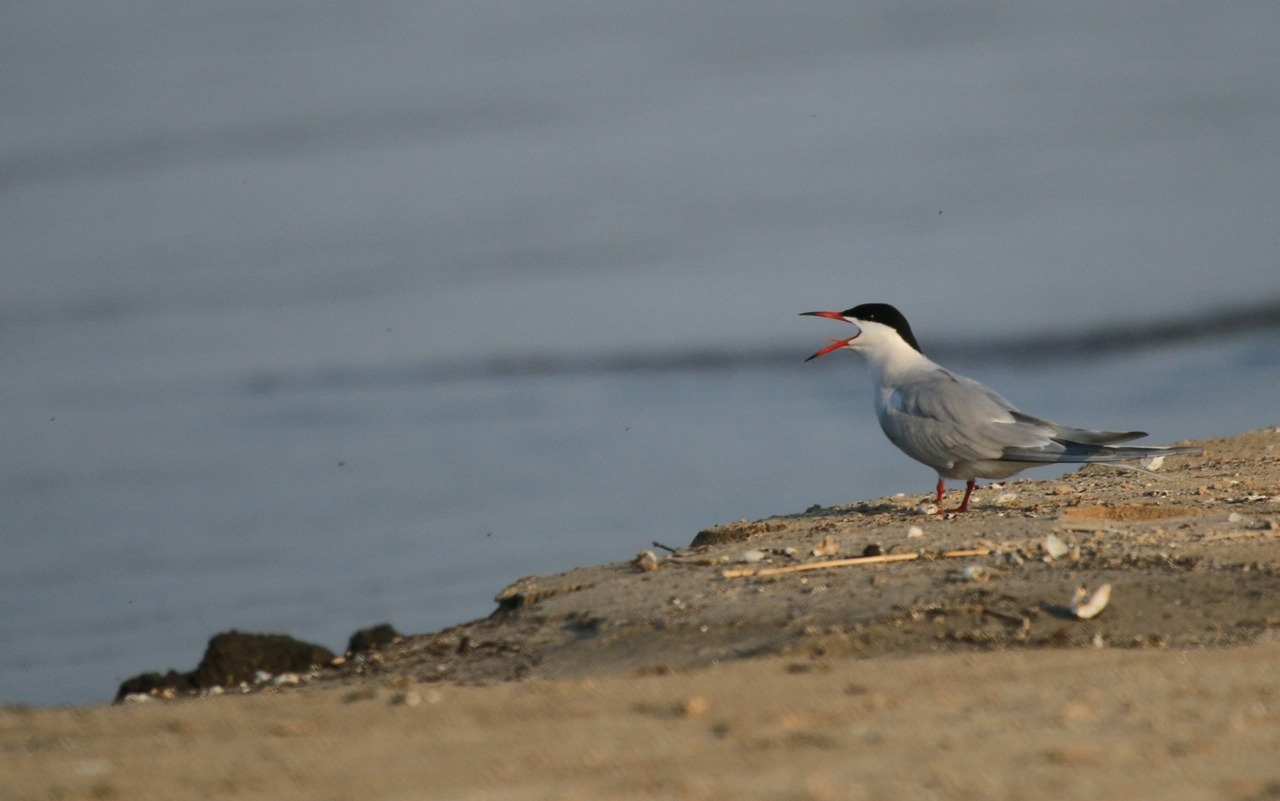 Next stop on my list was the sandy beach.   By this time the sun was up and the day was growing warm, and I still had a nice buzz from the inordinate amount of coffee I had consumed earlier in the morning.   A good number of birds could be seen and heard at the Presqu’ile beach, including this Common Tern. 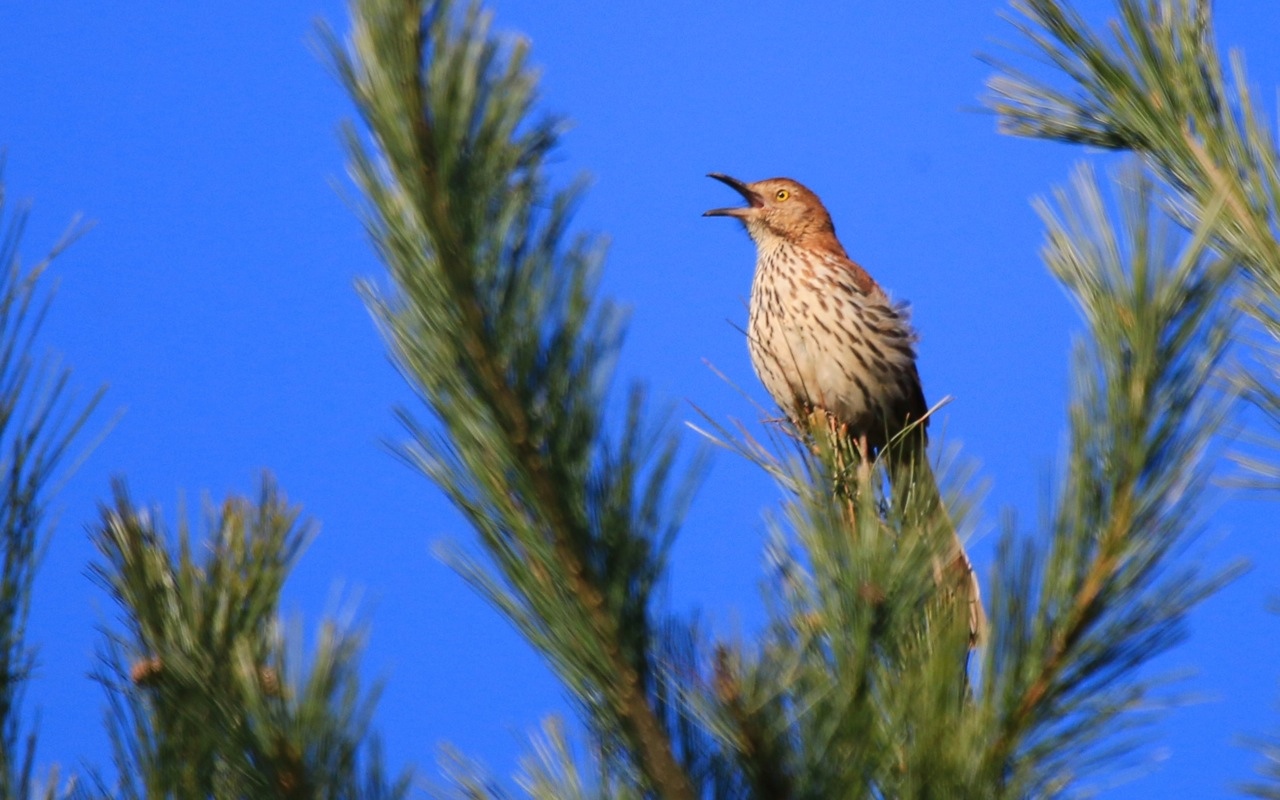 Brown Thrashers were seemingly everywhere on the road and paths down to the beach.   These birds are incredible mimics, and can imitate the calls of many other birds.   Hearing a large number of them vocalizing all at once was really fun! 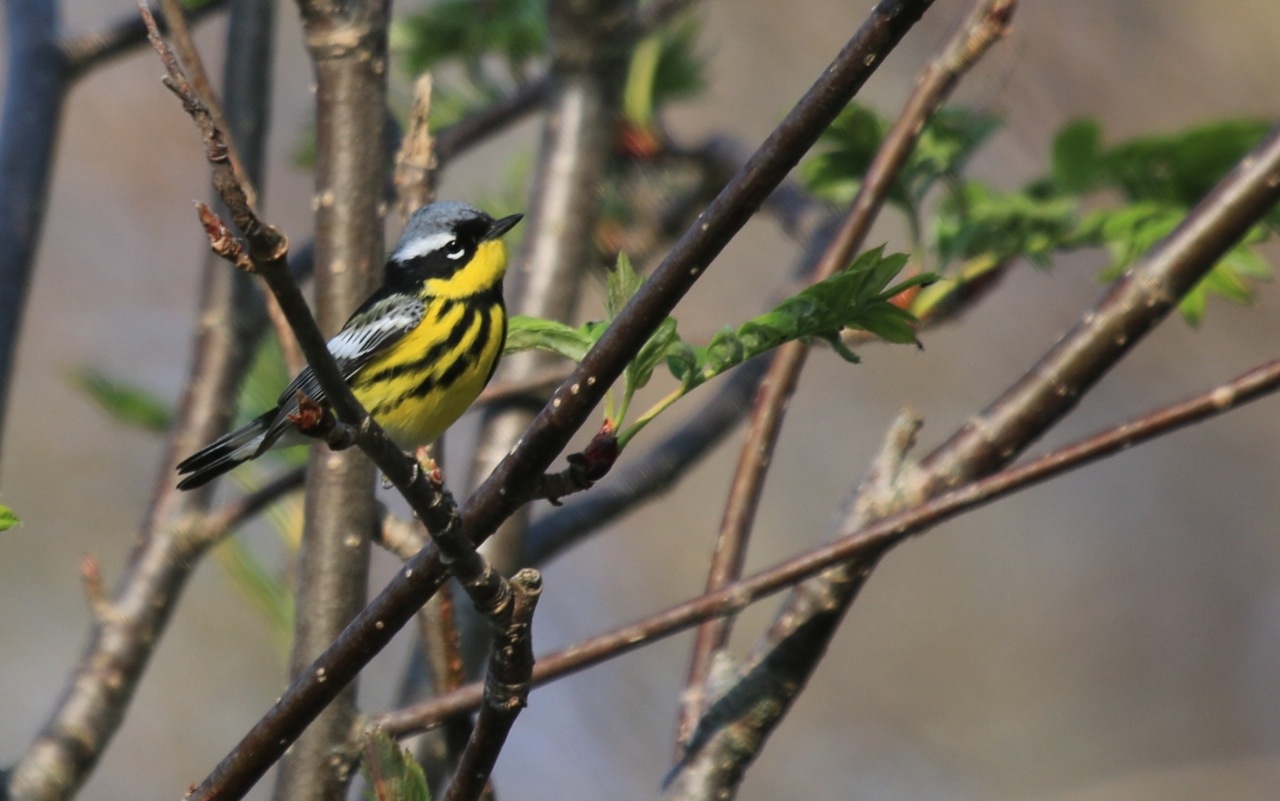 Magnolia Warbler. Does he know how much attention he is attracting?

For the next part of the day I joined up with a friend and we headed to the Lighthouse Woods.   This area at the very tip of Presqu’ile Park is known as a real hotspot for migrating warblers and other birds, and was full of human birders as well! 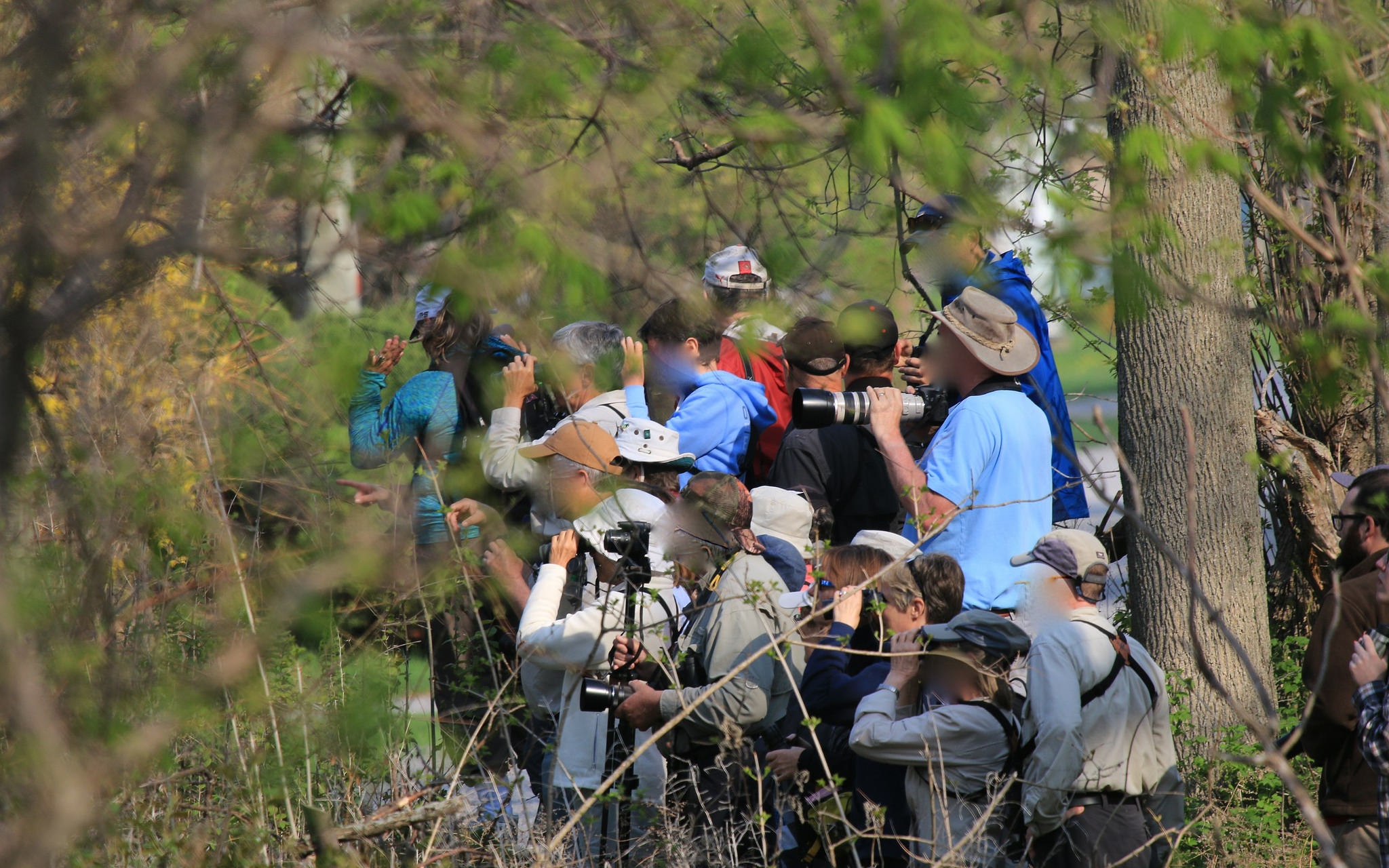 Faces have been blurred so I can remain friendly with these people.

When I see a big group of birders all looking intently at something I am always torn – on the one hand I don’t want to be in a big crowd like that, but on the other hand, I am so curious- what is it that is so special to be holding all their attention like that?   Of course I casually walk over and listen and look- not like I’m really into it or anything.  Perhaps I am still in denial about this whole bird addiction thing. 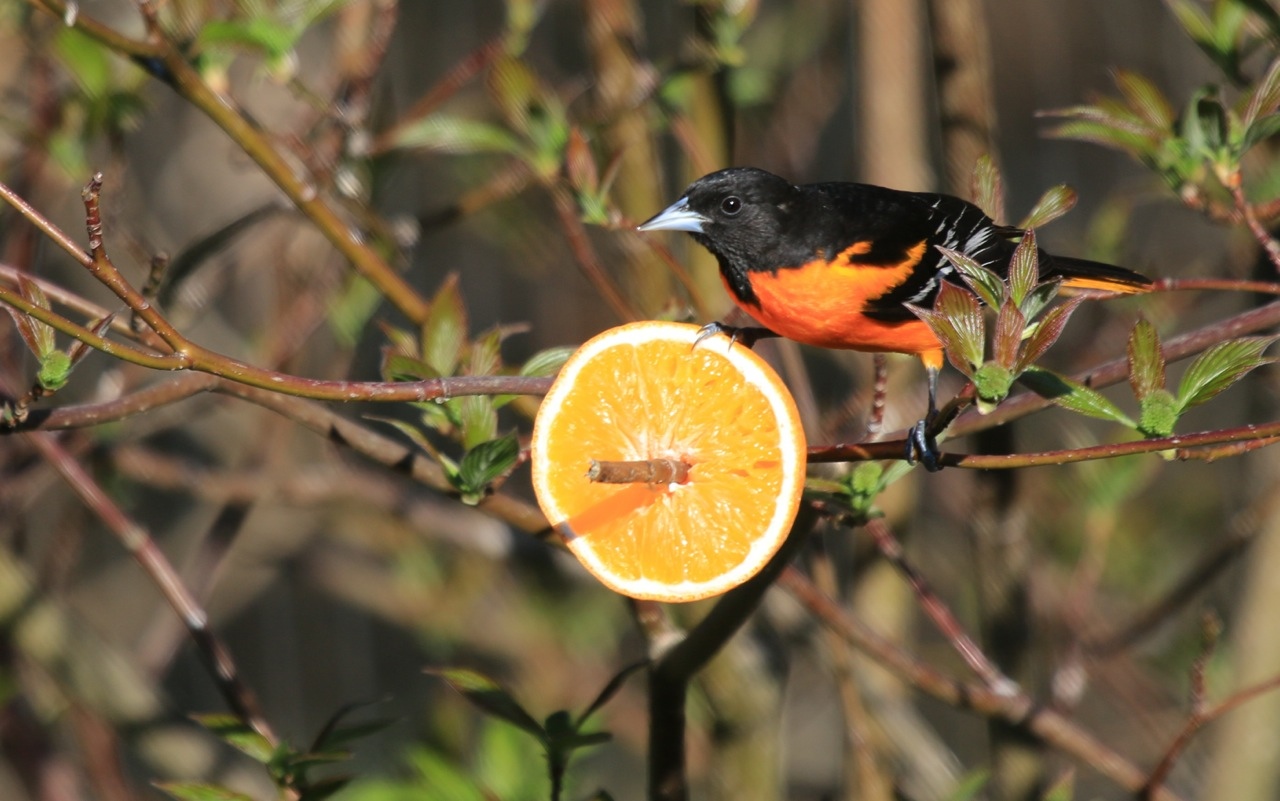 Orange on Orange: Baltimore Oriole in my garden

My next stop was home sweet home, after a brief non- birding interval at the senior’s home down the street.   While teaching yoga to ladies in their nineties (and you think YOU are too old to do yoga?)  I briefly mentioned what I was up to, with the whole birding “big day” and all that.    They politely nodded, but I could tell it was time to get back to their yoga as they could not understand at all why someone would do something like that.   OK. 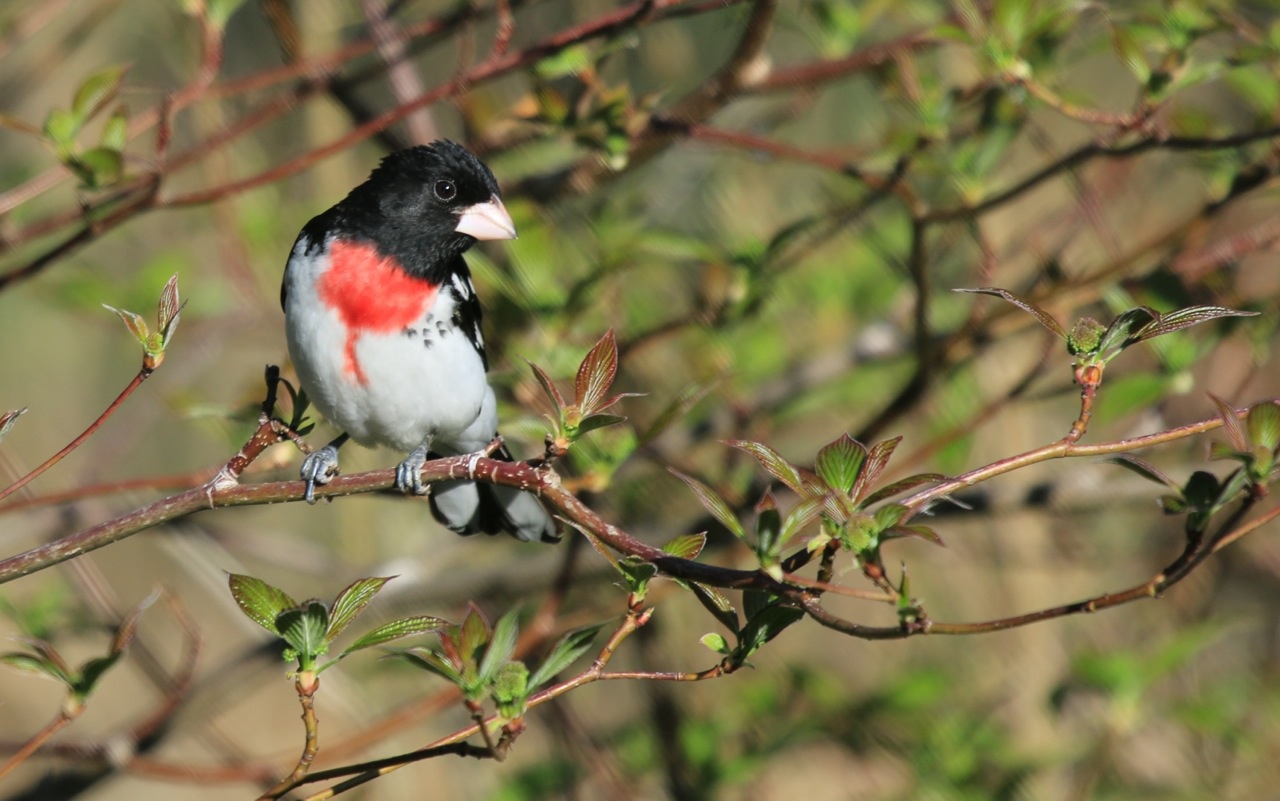 I headed home to see my gorgeous feeder birds, and then surveyed my neighbourhood. 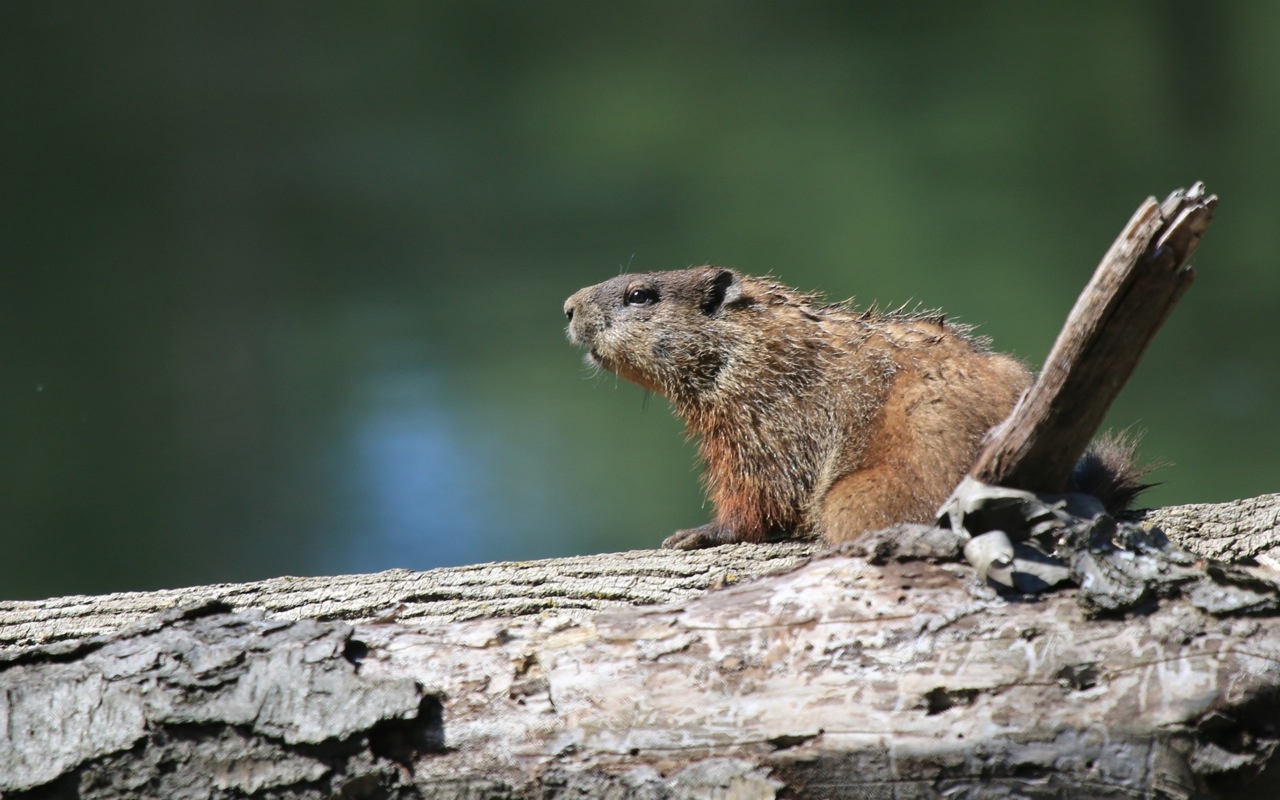 Look how nicely I am posing for you

I visited a local pond where lots of wildlife hangs out.    The old dead trees around it are great habitat for woodpeckers, owls, flycatchers,  and ducks.   Notable was this little groundhog, who, though not a bird, was posing really nicely on a woodpile instead of flying away like his bird neighbours, so I agreed to include him in this blog as well. 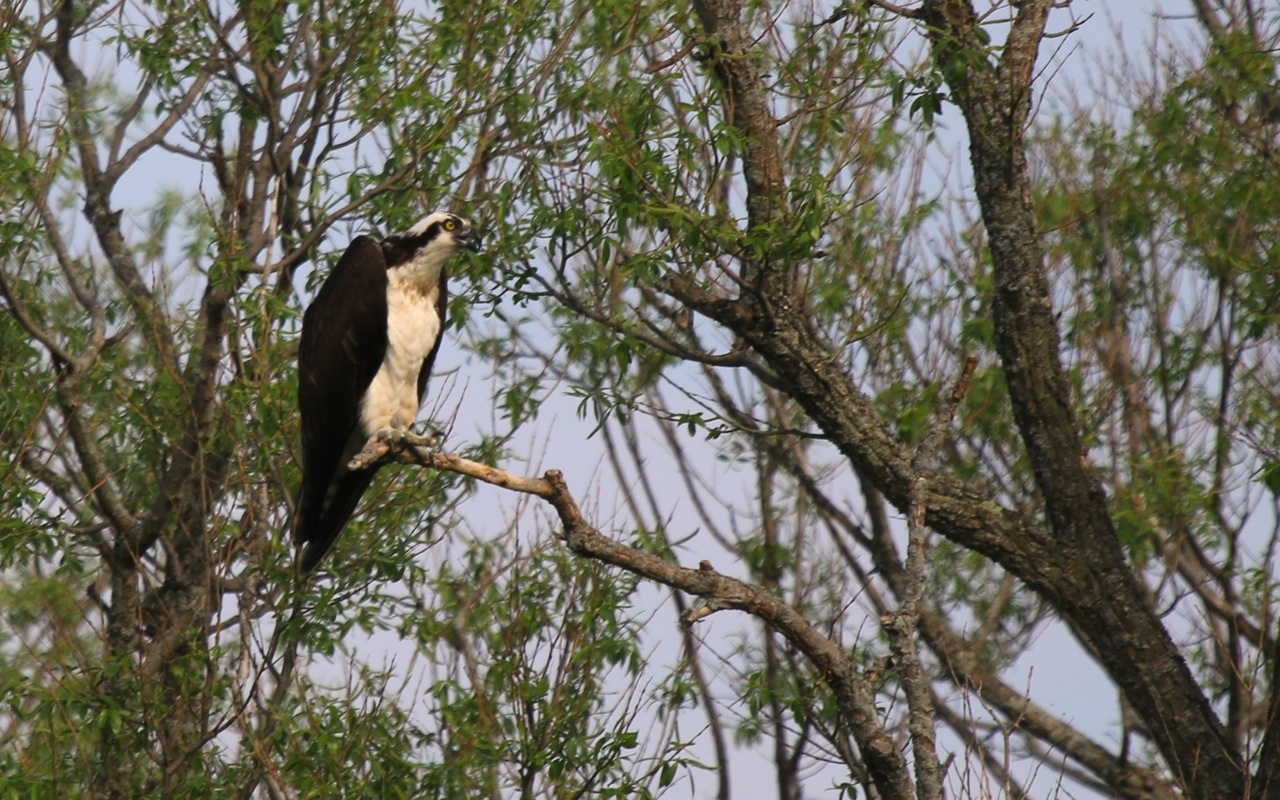 Mama Osprey keeps an eye on me. I steer clear.

Later in the afternoon I headed down to the Brighton Constructed wetlands.   AKA the sewage lagoons.    My friends tease me that all the birds that live there must like corn.  Ha ha.   All I know is that it does not smell, and there is a great marsh habitat there that a wide variety of birds like to use.   Ospreys use a nesting platform that has been set up at the edge of the wetlands. 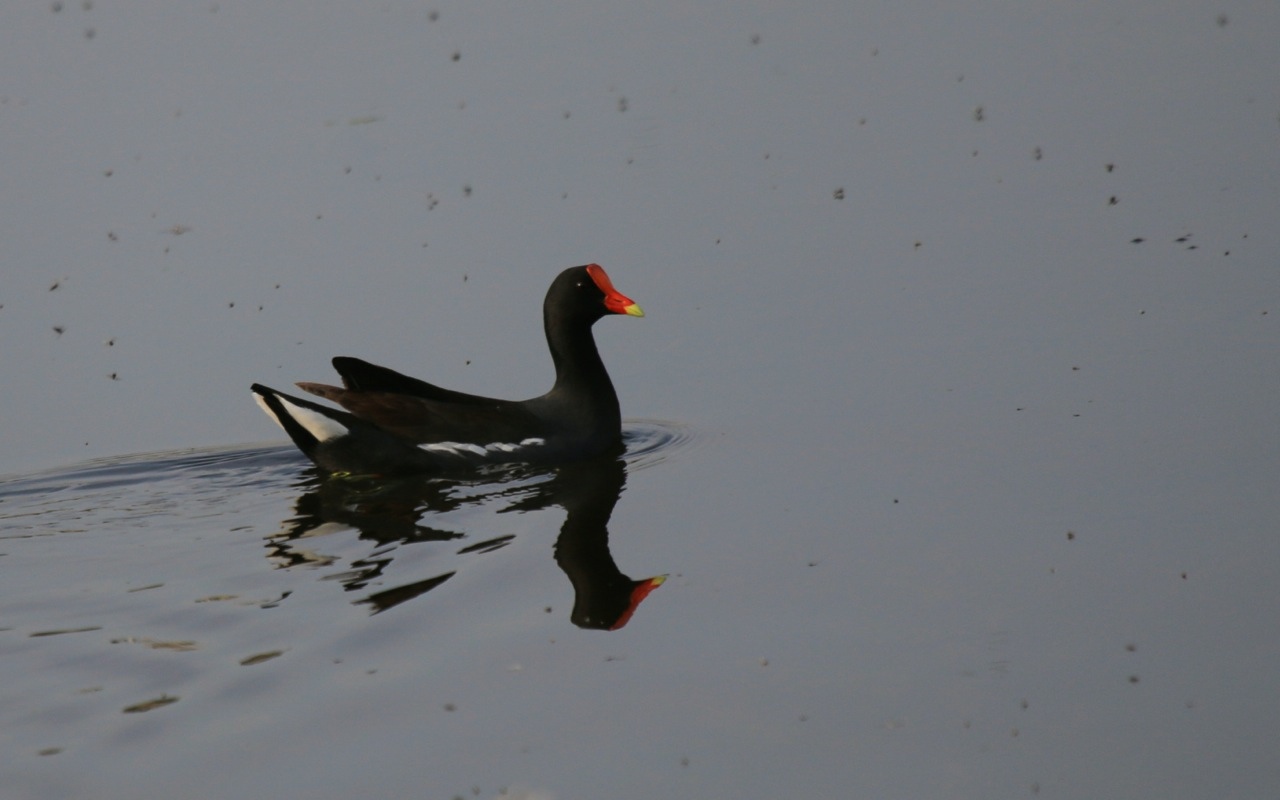 Common Gallinule and a million midges

There must have been at least 30 Common Gallinules there.   I can’t wait until they have their babies.  Speaking of babies, there was no shortage of nesting Canada Geese there. 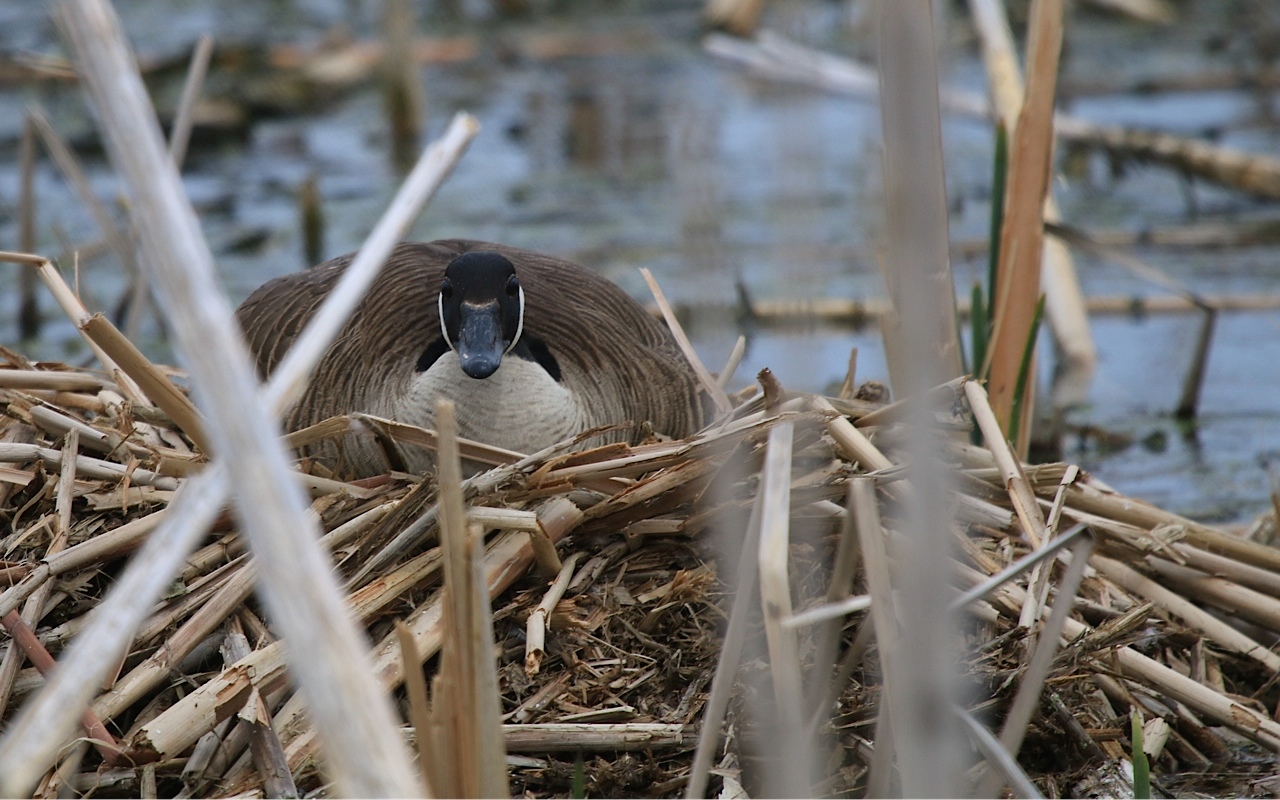 I had a bag of chips and a litre of chocolate milk for dinner, mmmmm mmmmm, then carried on to my last stop of the day- Owen Point.   My hope was to see some migrating shorebirds, and I was not disappointed. 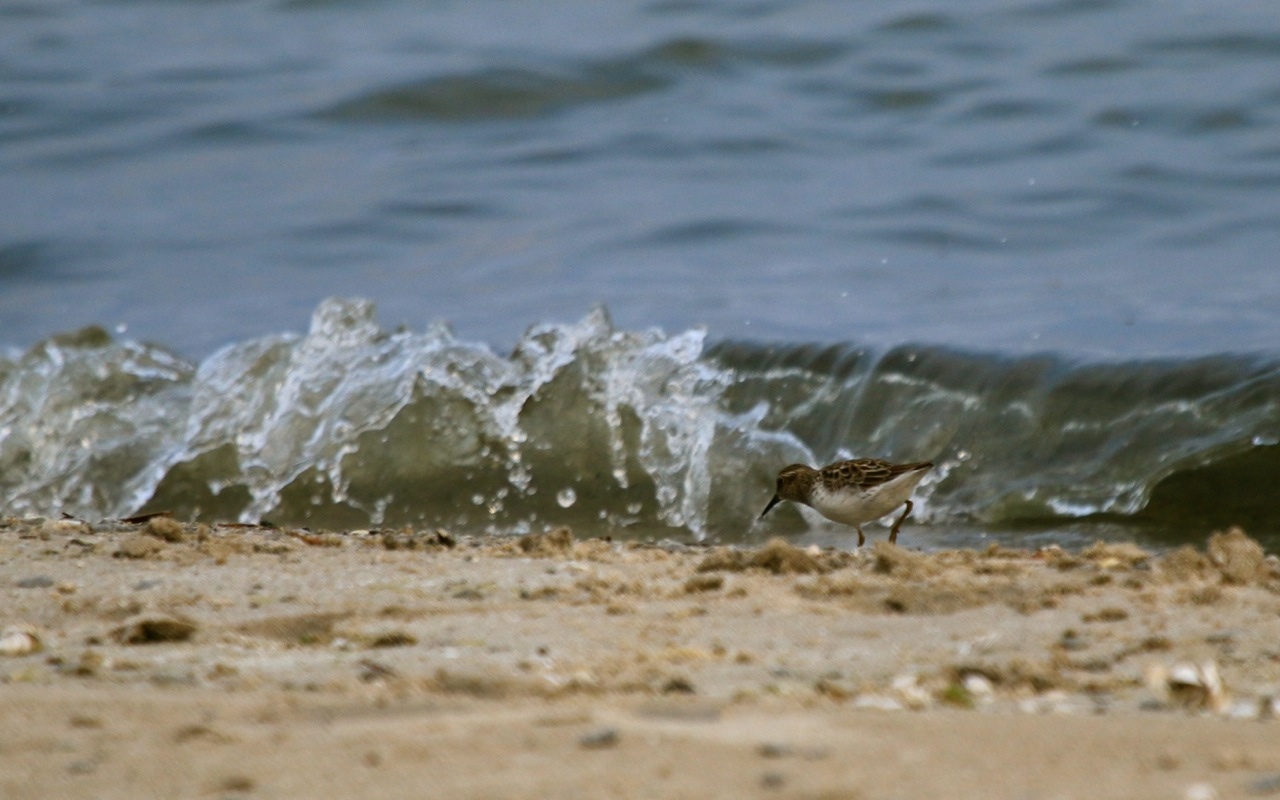 Shorebirds are superstars, travelling thousands of miles on their incredible migrations.   I am always so awed to see these little birds resting and feeding at Owen Point.   I imagine where they have been, and where they are going.    For more on shorebirds, see my blog from the fall, Spectacular Shorebirds. 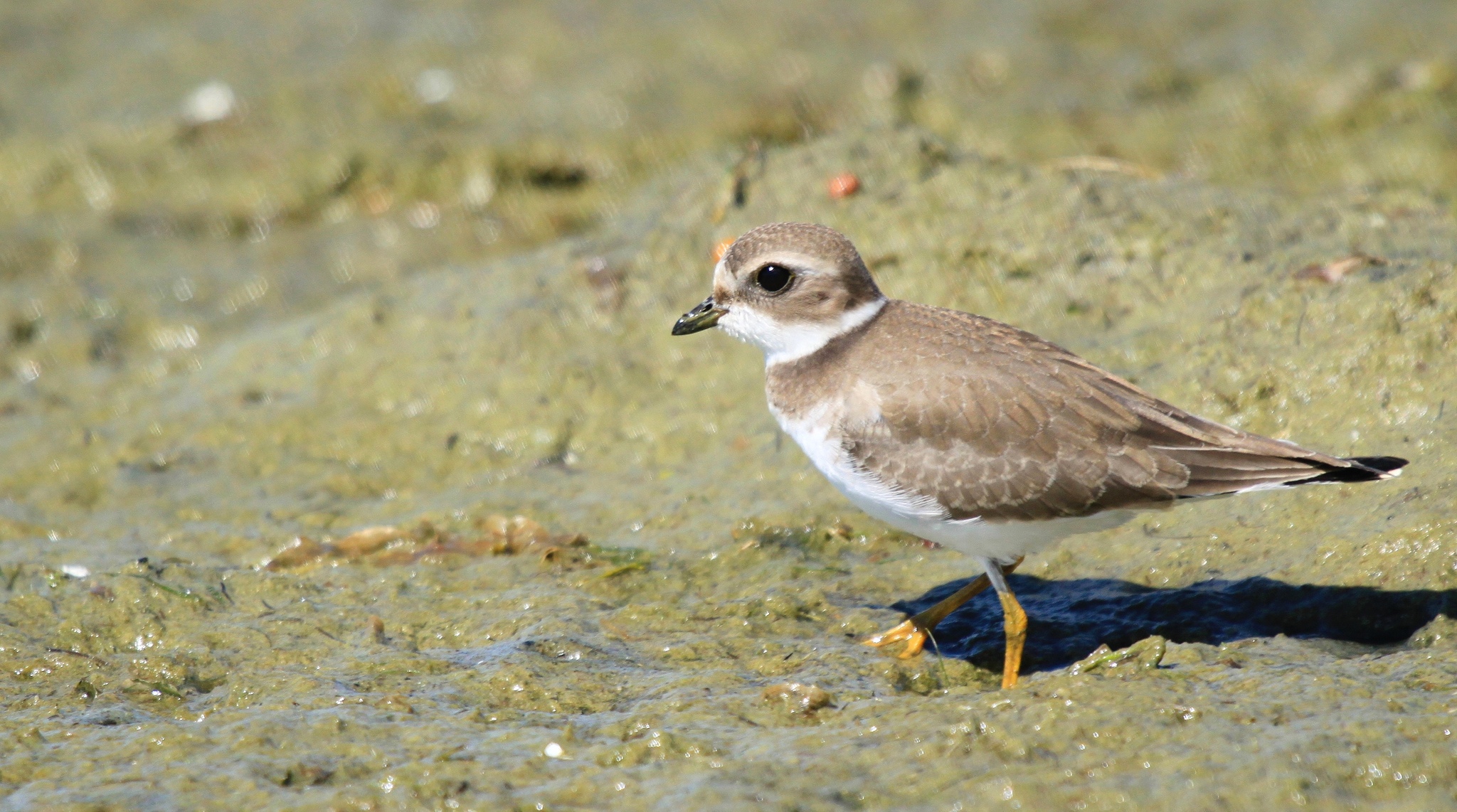 Owen Point was a pretty great place to end my day.   There are literally tens of thousands of birds like gulls, terns, and herons that nest on the offshore islands there.   The air is just full of movement and sound.

So, how did the Global Big Day go?  Check this out: On May 9, participants from more than 100 countries tallied 5989 different species of birds, which is more than half the world’s bird species. 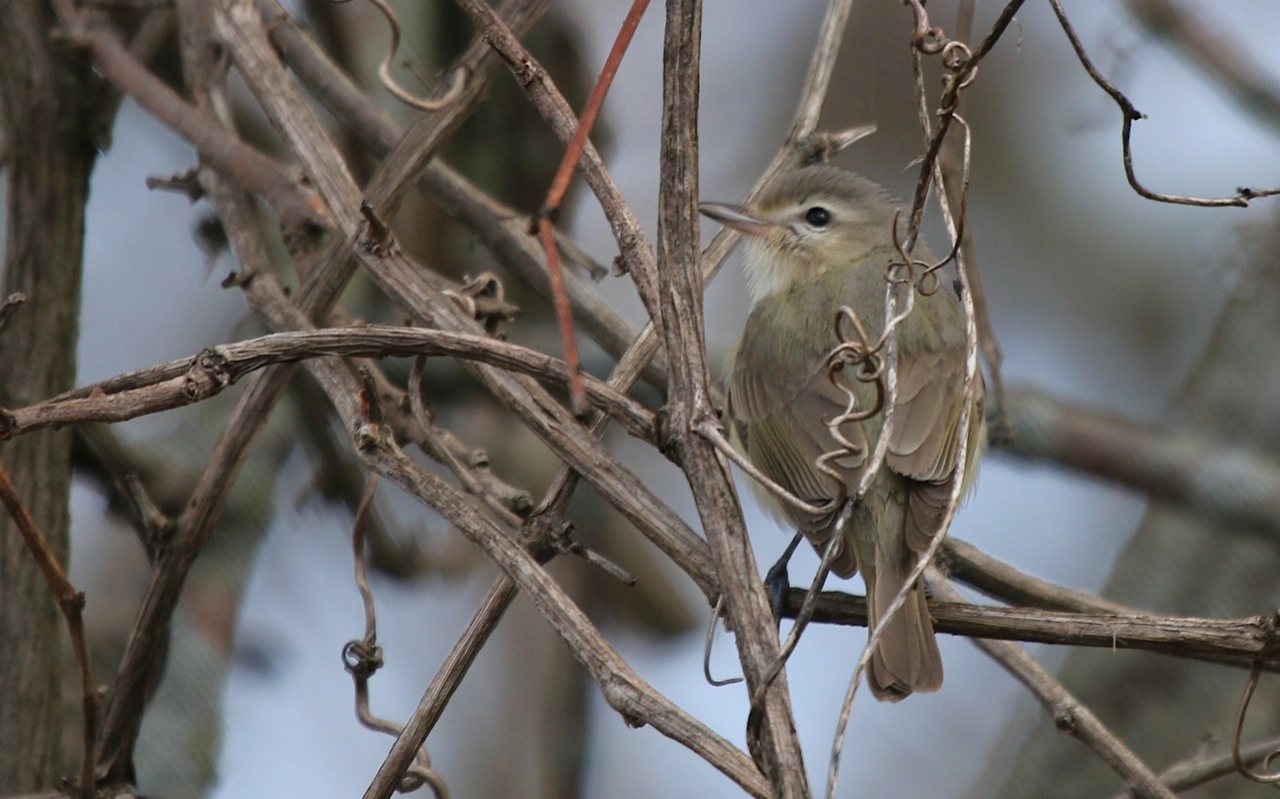 Little Warbling Vireo hiding in the bushes, as so many birds do!

For my part, I positively identified and reported 92 species of birds for the day.

More than one person has asked “Are you going for 100 next year?”

Of course I am!